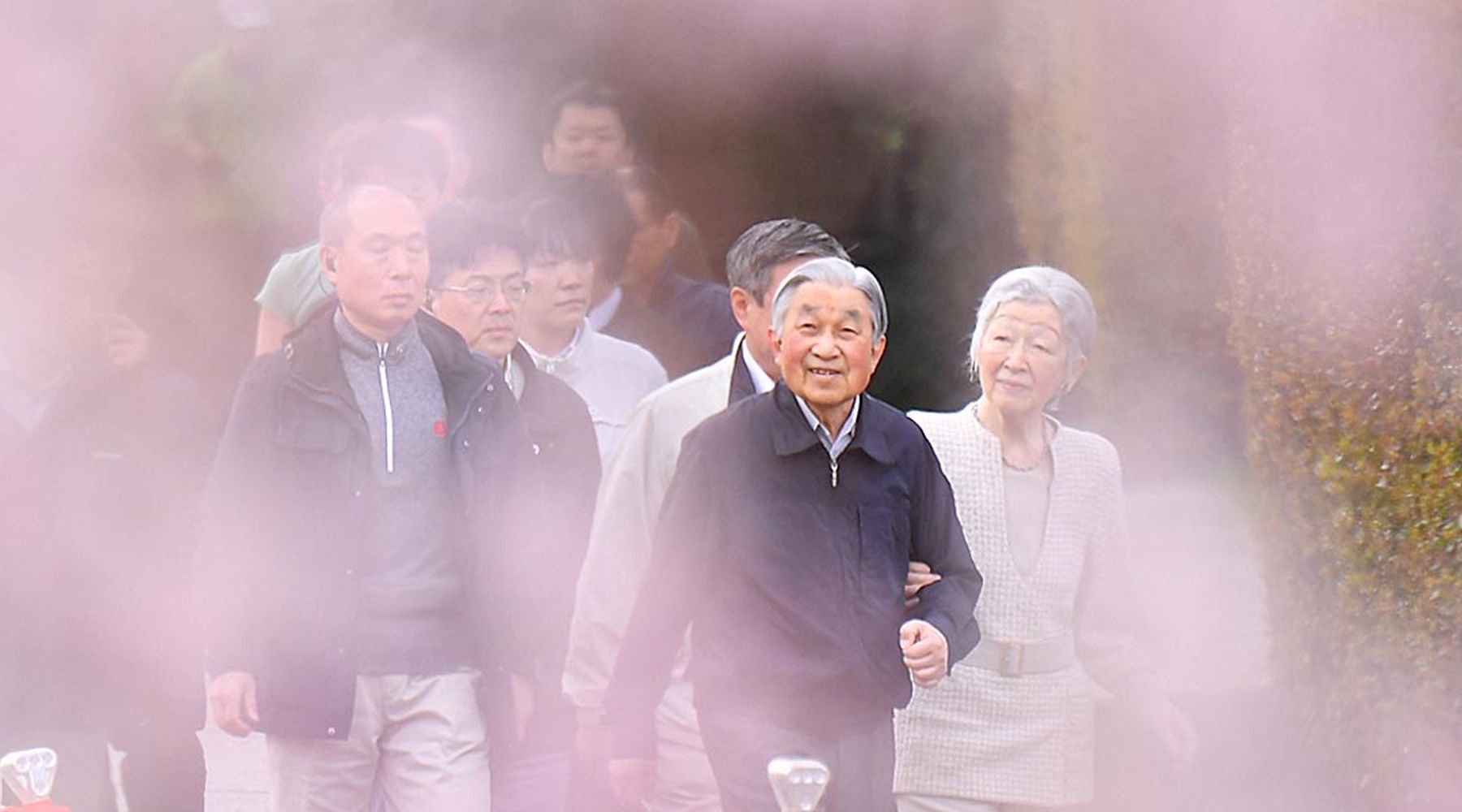 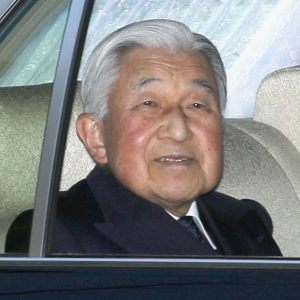 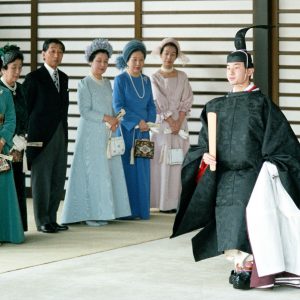 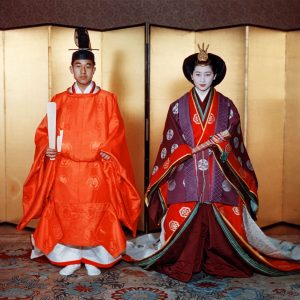 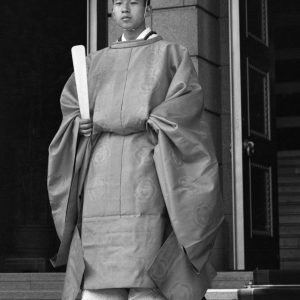 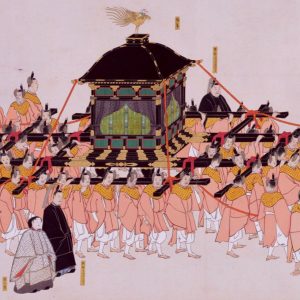 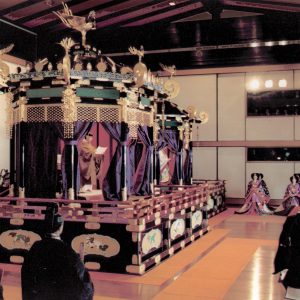 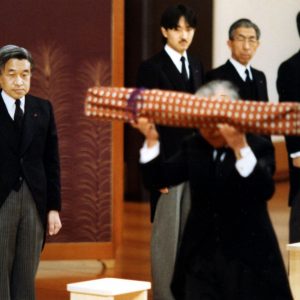 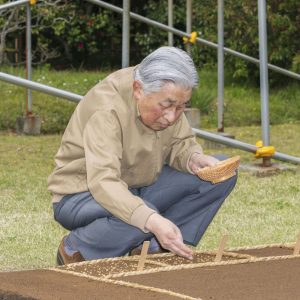 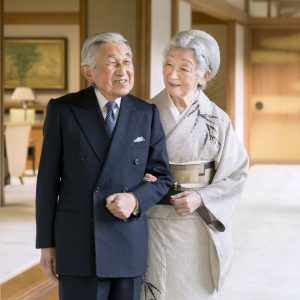 What significance does the tenno or “emperor” have for Japan and the Japanese people? There is no easy answer to that question. Suffice it to say that if we speak of the “emperor,” we are also speaking of “Japan.” They are inseparable.

You may very well ask why that is so. Seeing as how this year marks the transition from the reign of one emperor to his successor, allow me to offer a few of my own thoughts on the significance and role of the imperial institution.

Even today there are more than 190 monarchs worldwide, ruling nations in regions ranging from Europe to the Middle East, Asia, and Africa.

Among all of these, Japan’s imperial house and the Emperor himself are unique in the sense that they represent an unbroken line dating back more than 2,000 years, with the present emperor, the Heisei Emperor, being the 125th in that line.

The Heisei Emperor has announced his intention to retire and be succeeded by the Crown Prince in 2019, or the year Heisei 31.

However, the current emperor’s retirement represents more than just a personnel change for the individual holding the position of emperor. The change also ushers in a new historical era, or period of imperial rule (miyo). In other words, the emperor-centered era will change, as will its name, to the new era of Reiwa.

The System of Imperial Eras in Japan

One way to get a handle on this unique aspect of Japan is to note that the current era name “Heisei” is used only in Japan. In other words, the Japanese dating system (nengo) is era-based.

Since in the past there were occasions when a single emperor changed the era name during his reign, there have in fact been 247 eras to date in Japanese history. In addition to the powers an emperor traditionally held in terms of political and ritual authority, he (or, in a few cases, she) possessed the prerogative to control “time” in Japan. As a result of the sweeping Taika Reform of 645 that centralized the authority of the imperial state, an emperor has had the final say in adoption or changing the era names for his reign.

The nengo system adopted at that time has remained in effect until today. Since the Meiji (“Enlightened Rule”) period (1868-1912), the present system of one era name for each reign has become the norm, with the Taisho (“Great Righteousness,” 1912-1926), Showa (“Enlightened Peace,” 1926-1989), and Heisei (“Attaining Peace,” 1989- ) periods following in succession. The Reiwa era (“Beautiful Harmony”) will begin in 2019 and carry on from there in the same manner.

Nevertheless, even though these era names were changed within the legal system, in the end the necessary procedures were still based on approval by the emperor himself. From this consideration of the nengo system, it is clear that, throughout Japanese history, demarcation of eras and history itself has been based on imperial reigns.

Role of the Emperor in Naming of Eras

Furthermore, throughout Japanese history the emperor has played a major, indeed central, role in diverse areas, including politics, economics, culture, and the arts.

In fact, historically the imperial institution has existed as the foundation for the spiritual life of the Japanese people. Even today, at shrines nationwide where the emperor or his envoys directly make offerings, rites are carried out for previous emperors and the gods of Japan and prayers offered for peace and security of the nation. (These shrines include the three palace sanctuaries or kyuchu sanden, namely the Kashikodokoro, Koreiden, and Shinden within the Imperial Palace in Tokyo; mausoleums of past emperors, the Grand Shrine at Ise dedicated to the Sun Goddess Amaterasu omikami; the 16 Chokusaisha shrines, etc.)

Rituals and Ceremonies Marking the Change of Emperors

Among these various sacred rituals conducted by or at the behest of the emperor, the most important is undoubtedly the Daijosai (Grand Thanksgiving Festival). This ceremony is carried out as part of the accession rituals performed when there is a change of rulers.

The current Heisei Emperor Akihito is scheduled to complete his retirement ceremony on April 30. Immediately after, on May 1, the Senso ceremonies for transferring the three imperial regalia — namely the Kenji to gyo no gi or the Ceremony of succession of the Sacred Sword, Jewels, and Mirror — will take place within the palace, thereby signaling the transfer of the throne to the new emperor.

That will be followed in October by a formal enthronement ceremony, roughly equivalent to the coronation ceremonies held for various monarchs in Europe. You might say it conforms to the “global standard” for such events. However, November will see an enthronement ceremony unique to Japan, namely the Daijosai.

The origins of the Daijosai can be traced to ceremonies related to rice cultivation and prayers for a bountiful harvest in Japanese communities in ancient days.

The core rituals of the Daijosai involve offerings of rice and other freshly-harvested grain — grown in special fields during that same year — to the imperial ancestor Amaterasu omikami, and the myriad other “kami of Heaven” (amatsukami) and “kami of Earth” (kunitsukami). It should be noted that kami is usually translated into English as “god” or “deity,” although the Japanese concept is somewhat different from the Western sense of those terms.

These rituals in which the emperor personally makes offerings of the grain have the dual purpose of thanking the kami for the harvest and entreating the gods to protect the nation and the Japanese people and grant future bountiful harvests.

Actually, the Daijosai might be considered a more elaborate version of the Niinamesai (Festival for Tasting First Fruits), also called the Shinjosai, held every November. However, the rice, millet, and other grains offered in the Daijosai must be harvested from special fields (saiden), the locations of which are chosen through an ancient system of divination employing tortoise shells.

This special ritual for harvesting of rice, millet, etc. is only carried out once by an emperor during his entire reign. Moreover, since the ceremonies for this great food festival of the enthronement are carried out in a specially constructed building compound, with two halls corresponding to the two rice paddies, it is the largest scale and most unique of the imperial rituals.

How the Daijosai Compares to Other Imperial Ceremonies

The Daijosai, as the supreme Shinto ritual, stands apart from other imperial ceremonies for other reasons as well. First, it involves ancient methods of divination to fathom the will of the kami and also places great importance on ritual purification and abstinence. Moreover, the associated rituals are carried out over a period that can last up to a year and involve long-term continuous preparations.

In that sense, it is very different from other rituals carried out by the Imperial house. For example, traditionally the fields used for the harvesting of the grains had to be newly laid out, and after harvesting the grain was stored in a palace known as the Daijokyu for a festival carried out on behalf of all the nation’s people. However, the tradition was interrupted at the time of the Onin War (1467-77), and the accompanying domestic turmoil and political interference from military clans who were at that time the de facto rulers of Japan.

Nevertheless, the fact remains that continued observance of the festival over a 1,300-year span stands as proof of the significance and role of the emperor as a spiritual and cultural symbol of the nation.

Although during long periods of Japanese history — such as the Heian (794-1185), Kamakura (1185-1382), and Edo (1600-1868) eras — aristocrats, samurai warriors, or other players had held the reins or real poser, without exception they claimed that the emperor had delegated the exercise of that power to them.

In other words, throughout the reigns of Japan’s 125 emperors, the imperial institution has remained the source and symbol of state power and authority, and the emperor remained the sovereign revered by the nation’s people.

Just one example of this reality can be found in the Kojiki (Record of Ancient Matters), which records many of Japan’s ancient myths. It states that the founder of the imperial line, who was a grandson of Amaterasu omikami, would “govern legitimately” (shirasu), while for anyone who was not a descendant of the Sun Goddess to govern would constitute “governing illegitimately” (ushihaku). The distinction was very clear.

For that reason, the Japanese people have a very special understanding of what is Japan. It is not just a nation in terms of geography — a domain possessed and physically occupied. Rather, we must also take into account the special existence of the emperor, who rules in a spiritual and cultural sense.

And the roots of this spiritual and cultural rule are to be found in the previously mentioned rituals and prayers that the emperor offers to Amaterasu omikami and the other kami of Japan.

Amaterasu omikami, the progenitress of the imperial line, is the central divinity in Japanese mythology. Her grandson, Ninigi no Mikoto, was assigned the mission to descend to earth and rule over what was to become Japan.

Ever since the enthronement of the 40th emperor, Emperor Temmu (c. 673-686), the tradition of the Daijosai as an expression of this mission to cultivate rice and hold a thanksgiving festival to honor the gods has been incorporated into the ceremonies for succession to the throne of a new emperor.

Furthermore, we can say that from ancient times until the present this arrangement has served as one means for deepening the ties between the emperor and the Japanese people, and for ruling Japan in the best possible manner.