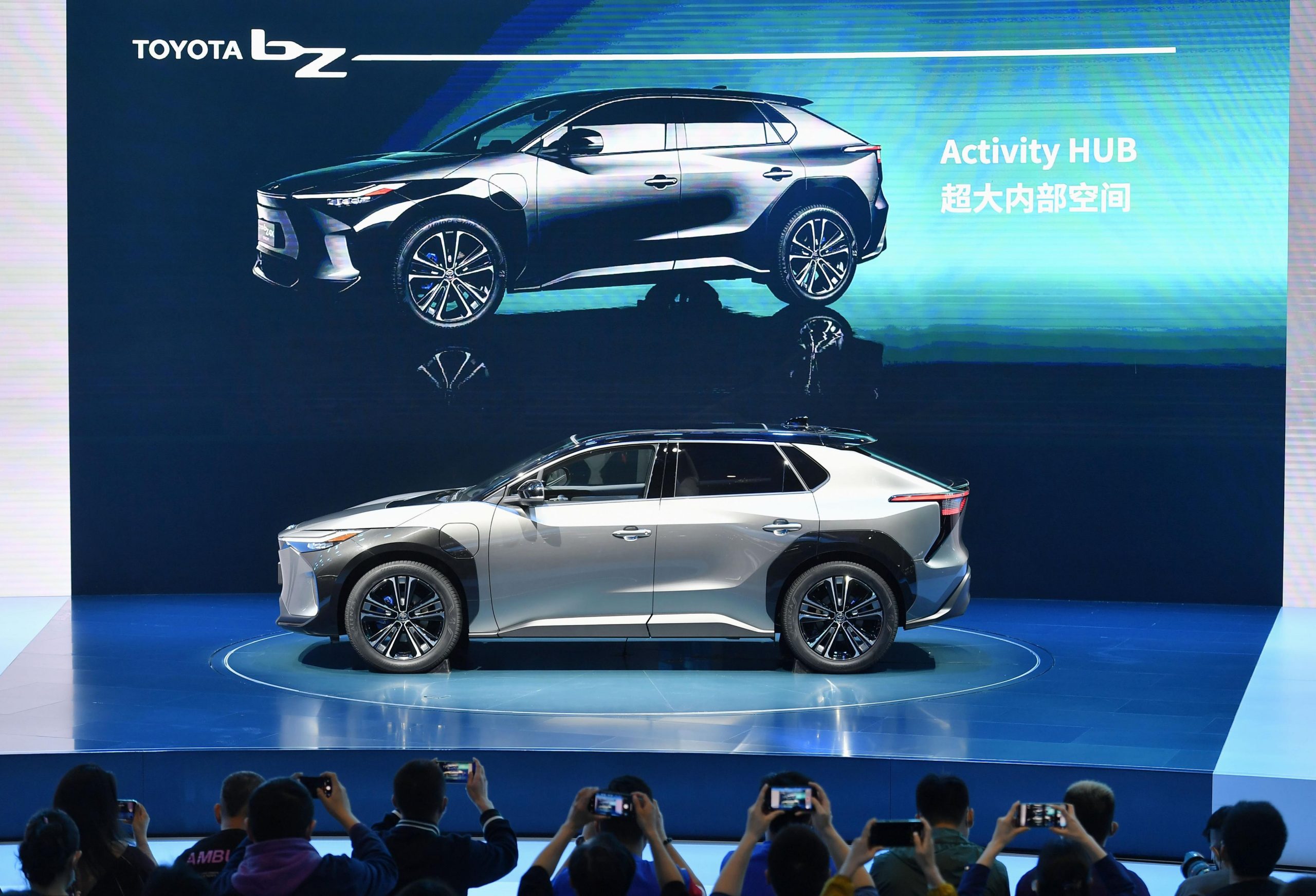 Faced with the reality of a zero-carbon society, vehicle manufacturers around the world are accelerating their conversion from gasoline-powered cars to electric vehicles (EVs). In the meantime, there is an increasing risk of shortages in rare-metals used in EVs, along with sharp price rises.

As a group, Toyota Motor is also working to secure the resources it needs for EVs. Among other things, it is investigating the possibility of being involved in mine development, but with the resignation of Prime Minister Yoshihide Suga, there is uncertainty about the expected policy support.


The Rush for Key Resources

LG Electronics and Hyundai Motor Co., Ltd. of South Korea decided in late July to open a new EV battery plant in Indonesia, splitting the investment cost 50:50. The investment will be $1.1 billion USD (about ￥120 billion JPY). Mass production is expected to start in 2024.

LG Electronics is steadily expanding its foothold in manufacturing EV batteries in the United States, China, and Europe. On the other hand, the investment in Indonesia is because of the plentiful nickel resources in the country,which is not a major market for automobiles. Indonesia has the world’s largest natural reserves.

Rare metals such as lithium, cobalt, and nickel are indispensable as the primary materials for EV batteries.

Australia produces about 50% of the world’s lithium, while Africa’s Congo accounts for about 70% of cobalt production. Indonesia, which accounts for about 35% of nickel production, the most globally, has banned the export of nickel ore since last year in a bid to attract investment and foster its domestic industry.

Demand for these rare metals is expected to increase sharply due to global decarbonization efforts and supply constraints, such as the uneven distribution of resources.

The International Energy Agency (IEA) has said that by 2040, the demand for lithium will increase 40 times compared to 2020. Cobalt and nickel will increase 20 to 25 times by then, and a battle over EV resources is expected.

The European Union has announced that it will ban gasoline and diesel powered vehicles in 2035. And the United States also will raise the ratio of electric cars to 50% by 2030.

In response, auto manufacturers are advancing plans to switch to sales of EVs and plug-in hybrid vehicles (PHVs) all at the same time. However, if the stable procurement of key resources needed for batteries is uncertain, then the EV plans for individual companies, as well as each country’s decarbonization measures, will be quite useless.

LG Electronics has laid the groundwork for securing resources for itself in anticipation of such a situation. And China’s Contemporary Amperex Technology Co. Limited (CATL), the world’s largest manufacturer of batteries for vehicles, has gone further.

Last year, CATL signed an agreement with Indonesian state-owned mining company PT Antam to create a supply chain for car batteries. Then, in April of this year, China Molybdenum, a mining and metals company, bought a 25% mine stake and mining rights for copper and cobalt in the Congo.

At the end of July, CATL announced that it expects to have sodium-ion batteries, which do not use lithium, in use by 2023. The company is preparing for the tight supply and demand of materials for EVs by both securing the key resources and researching alternative technologies.

How will Japanese companies respond to Chinese and Korean companies that are aiming to take the lead in the EV market by seizing control of battery supplies? The point continues to be technical ability.

In August, Sumitomo Metal Mining Co., Ltd. announced that it had established the world’s first independent recycling technology to recover and recycle copper, nickel, cobalt, and lithium from used batteries. Batteries made from recycled nickel and cobalt have demonstrated the same performance as batteries using new sources of these resources.

In addition, Toyota announced in a September 7 briefing that it was developing in-vehicle battery technology that reduces the amount of rare metals needed, as well as batteries that don’t use cobalt and nickel.

The expected strong presence of these technologies in the development of EVs by Japanese companies is an initiative in line with the Sustainable Development Goals (SDGs).

The “Draft Battery Regulations” issued by the European Commission in December 2020 target CO2 emissions by adding disclosure requirements related to the production of EV batteries sold in the EU, along with directives to use certain recycled materials.

It is not yet clear whether the European Parliament will approve the regulations as they are currently written. However, there is no doubt that new technologies for recycling and reducing resource use will be indispensable for achieving both the popularization of EVs and environmental protection.

However, putting new technology into practical use takes time and large amounts of investment. During that time, a stable supply of natural resources is needed, and the burden on companies is heavy.

For this reason, Masamichi Okada, Toyota’s Chief Production Officer, said in a briefing on September 7 that securing resources for EVs is “an area where Toyota cannot fight alone.” He signaled that the backing of other companies working on EVs and the government is vital.

In this regard, the Battery Association for Supply Chain (BASC), a framework for the collaboration of 55 EV-related companies including Toyota, Sumitomo Metal Mining, and Panasonic, was launched in April. The Ministry of Economy, Trade and Industry has also prepared budget increase requests to provide greater support for the development of next-generation batteries. The proposal includes backing for the exploration and development of mineral resources, and tax measures that reduce the risk of investing in overseas resources.

There is increasing momentum to face the Chinese and Korean companies on EVs. However, the sudden resignation of Prime Minister Suga put a damper on these plans, creating a risk of delay in support of METI and the BASC framework. This is because, while decarbonization will remain a key policy issue for his successor, Prime Minister Fumio Kishida, there may be differences in where the emphasis is placed.

Toyota’s Mr. Okada said that the company is not currently considering developing mines to secure resources, but depending on future trends in the procurement of resources, the group may consider it.

The problem of securing EV resources, which affects the competitiveness in the core Japanese industry of automobiles, is related to national economic security. That makes it an issue that the incoming administration must address properly.