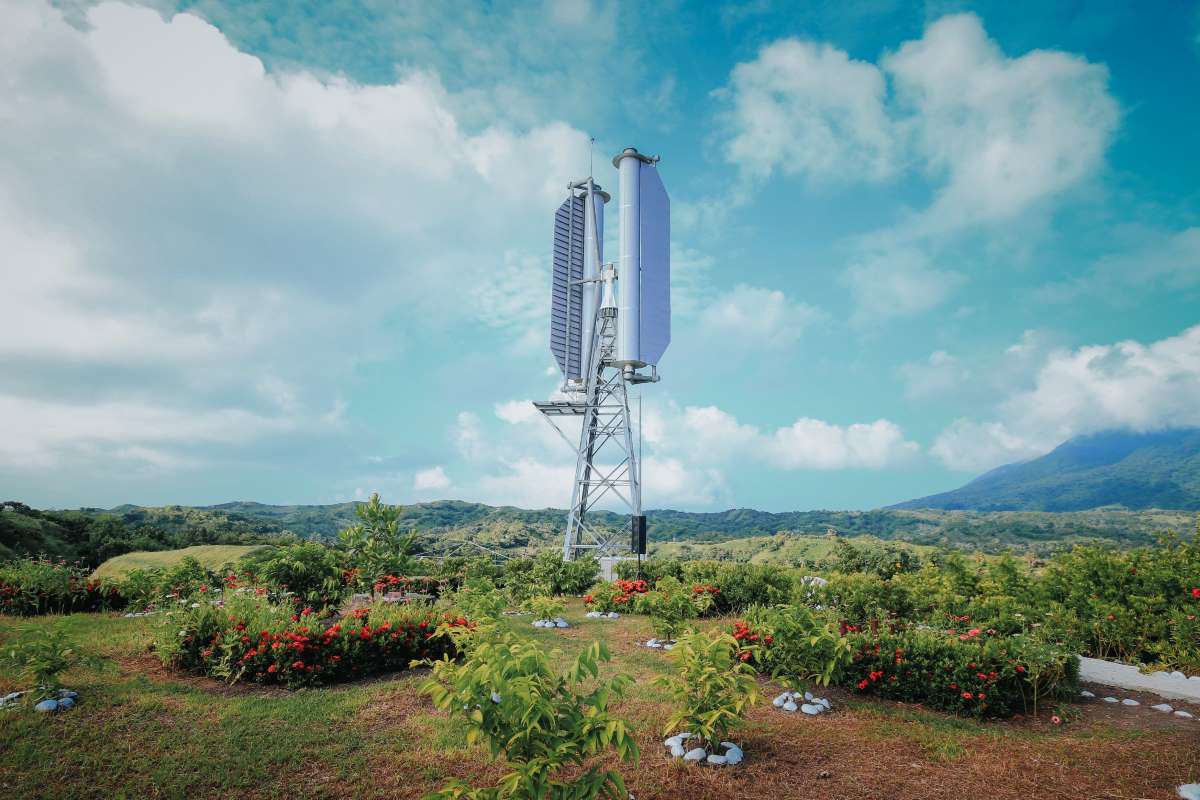 A Japanese start-up company is utilizing its original technology in wind power generation to address power shortages in developing countries. It developed wind turbines that can stably generate electricity even in strong winds. Demonstration projects are underway in island countries that often fall in the path of typhoons.

A turbine has already been installed in the Philippines, and studies are being conducted in Madagascar in Africa. The company hopes to contribute to the stable supply of electricity on remote islands in countries around the world, where the rate of electrification remains low.

The company is Challenergy, founded in 2014 and based in Sumida Ward, Tokyo. It is an R&D-oriented start-up specializing in wind power, a renewable energy.

Generally, wind power is generated by rotating turbines with large blades. But the turbines that Challenergy has developed do not have blades. Instead, they are a type of turbine called the Magnus Vertical Axis Wind Turbine (Magnus VAWT). These turbines generate electricity based on the rotation of vertically extending cylinders.

This difference in air flow generates a "Magnus force" in a vertical direction, bending the trajectory of the ball. In the same manner, the rotation of multiple cylinders on the turbine, with Magnus force generated for each of them, rotates the wind turbine itself.

(Read this article in Japanese.)