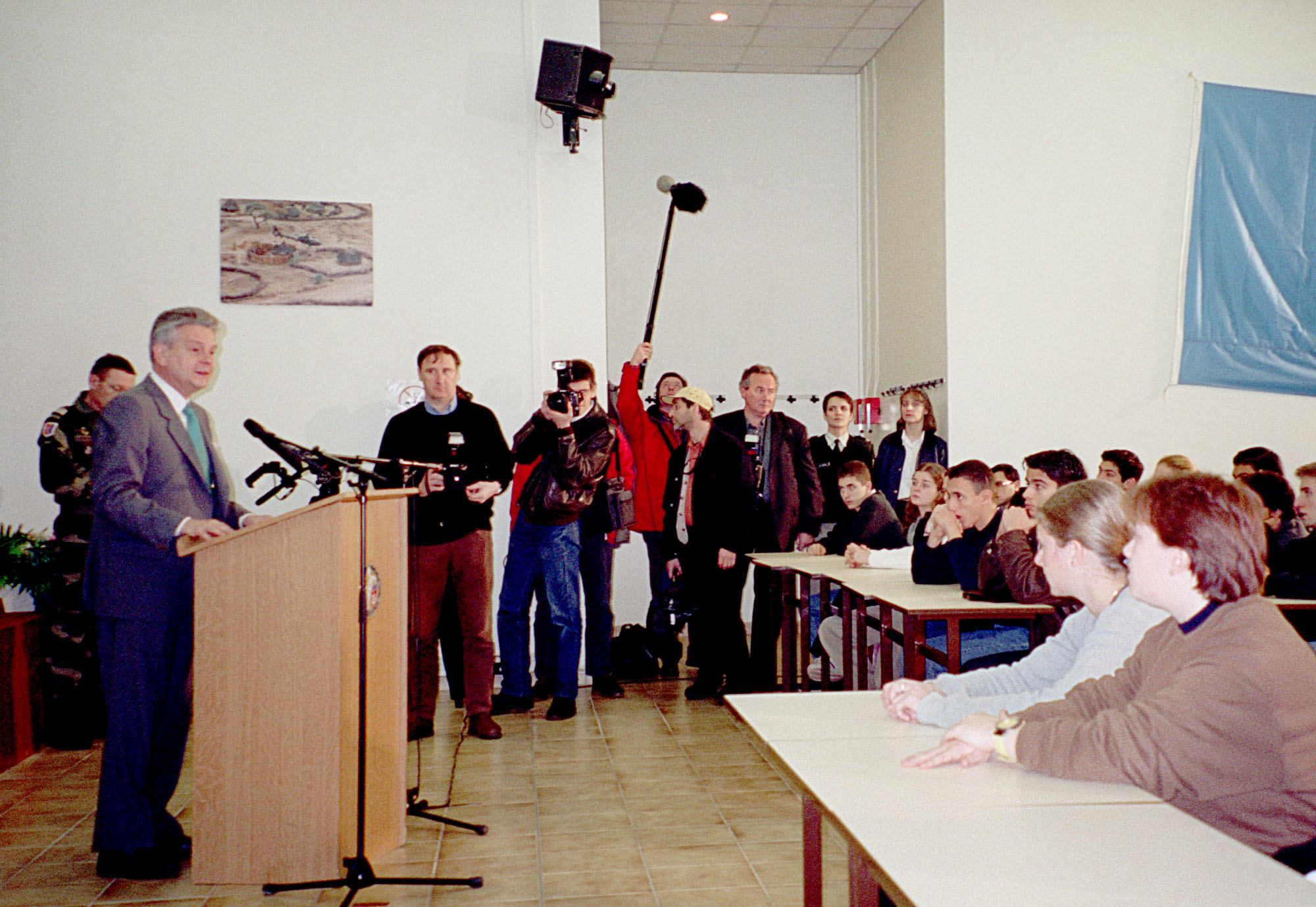 French Senator Alain Richard, chair of the France-Taiwan friendship group in the French Senate, addresses an audience of young men and women (as then- French defense minister) on Saturday, April 8, 2000, at the Vincennes Fort, outside Paris. (Photo/Shoko Yamaguchi).

A group of French senators, led by veteran politician Alain Richard, is scheduled to fly to Taiwan on October 5 for a visit that is being billed as a show of support for democracy. As such, the trip has elicited a furious response from the Chinese government.

During their three-day stay in Taiwan, the French parliamentarians are due to meet with president Tsai Ing-wen and other top Taiwan officials. Richard, a former French defense minister, is head of the Senate’s Taiwan Friendship group.

The Chinese embassy in Paris has issued a sharply worded statement declaring that the visit “clearly would violate the one-China principle.”

In true “wolf warrior diplomacy” fashion it also hinted at retaliation, warning, “[the visit] can only harm French national interests.”

Ties between the European Union (EU) and Taiwan have been growing closer recently, with a group of Czech senators visiting Taiwan last summer. A visit now by a group of legislators from France, a major global player, should give a further boost to this trend.


Richard served as France’s defense minister from 1997 to 2002. He is now a member of President Emmanuel Macron’s ruling party, La République En Marche! (LREM). Richard will be accompanied by three other senators who belong to both the ruling and opposition parties.

This May 2021, the French Senate adopted a resolution supporting Taiwan’s participation in the World Health Organization (WHO) and other international organizations.

By making this visit despite opposition from Beijing, the French senators want to provide visible support for democracy. They contend that the visit does not violate the “one China principle.”

Concerns about China have been increasing within the EU, as have feelers aimed at boosting ties with Taiwan. Last month saw the issuance of the EU’s new Indo-Pacific Strategy, which made clear that in addition to the area of investment it hopes to collaborate with Taiwan in building supply chains for strategic materials such as semiconductors.

Also, three EU members—Slovakia, Lithuania and the Czech Republic (Czechia)—are scheduled to receive delegations from Taiwan in the near future.