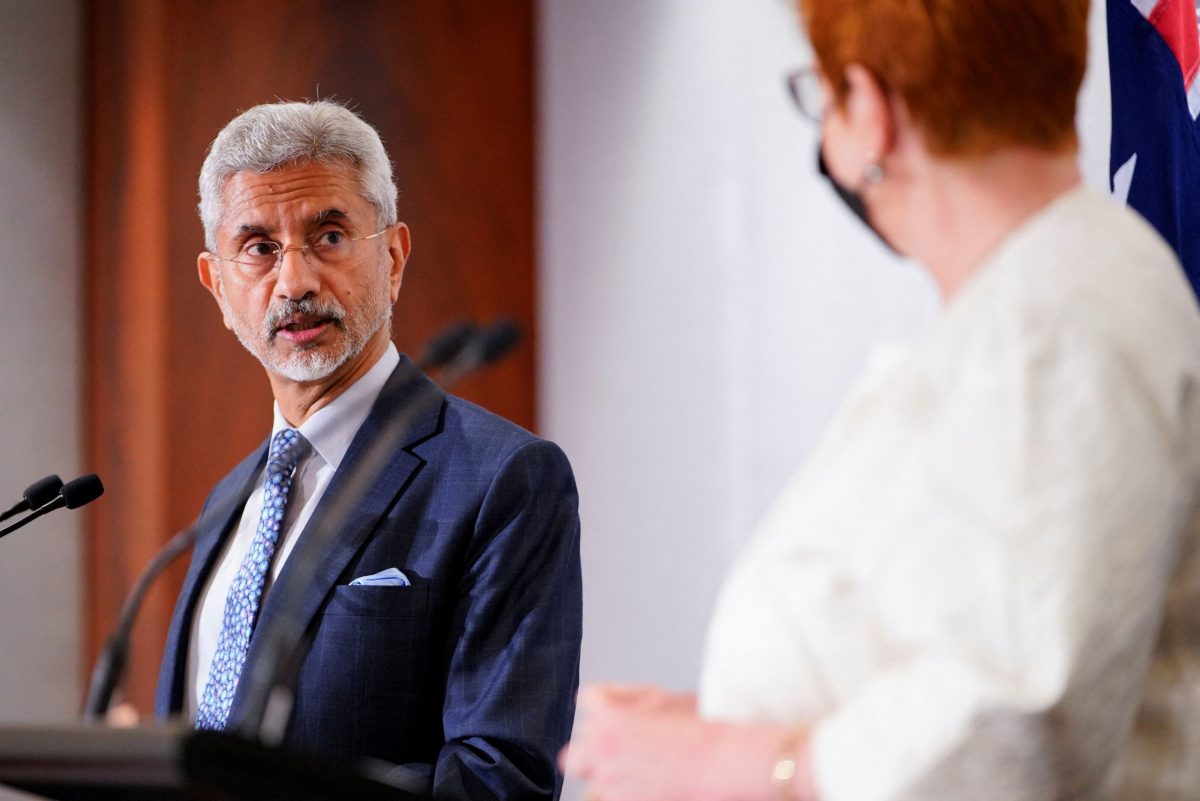 Chinese Foreign Minister Wang Yi recently made a surprise visit to India. Initiated apparently from the Chinese side, the March 24-25 visit proved to be a damp squib, having failed to yield anything tangible in diplomatic terms.

Though Wang met with India’s Foreign Minister and the National Security Advisor, his reported request for a meeting with Prime Minister Modi was turned down.

Among other things, Wang Yi’s visit, which China did not want to be announced until it actually happened, was an attempt by Beijing to reframe relations as ‘business as usual’ despite China’s occupation of large chunks of Indian territory since the 2020 Ladakh standoff.

RELATED: No Sign of Easing Tensions on India and China’s Border

In a rebuke, it was conveyed that the Sino-Indian Special Representatives’ level dialogue shall only be resumed after the immediate issues are resolved, implying the Ladakh standoff. Indian Foreign Minister S. Jaishankar termed India’s relationship with China at present as not normal, given the presence of a large number of troops in contravention of the 1993-96 agreements. “There will be no normalcy in ties until China pulls back its forces,” said Jaishankar.

The strains on India’s relationship with China have reached a point where Beijing’s 2021 bilateral trade surplus has surpassed India’s defense budget.

While meeting with the Indian National Security Advisor, Wang asserted that China “does not pursue a unipolar Asia.” Proposing a “China-India Plus” in South Asia, Wang conveyed that China “respects India’s traditional role” in the region. This was nothing short of characteristic Chinese doublespeak.

The official platitudes stood nullified on the ground. China has been proceeding to organize a neighborly meeting on Afghanistan yet failing to invite India ー one of the most crucial players in the region. Cementing a strategic, trilateral China-Pakistan-Taliban nexus against India, Wang Yi’s visits to Islamabad and Kabul points to a China systematically seeking to contain and isolate India.

Beijing may find some traction at the upcoming summit among the five large emerging economies – Brazil, Russia, India, China and South Africa (BRICS). While the Indian side stated that the Quad was not discussed during Wang’s visit, the Chinese initiative could be read as Beijing’s attempt to drive a wedge in the Quad.

Xi Jinping wants a splintered Quad and a misdirected BRICS to send a message to the entire Asian world: the regional alignments are reconstructed and led by China and Russia, now that the United States appears in relative decline.

Against this backdrop, Jaishankar emphasized that India and China’s views on the war in Ukraine differ considerably.

Interestingly, while delivering a public lecture that coincided with Wang Yi’s visit to Delhi, Jaishankar alluded to how foreign policy facilitates the creation of new capacities at home. Jaishankar noted Japan as the pioneer in this regard during the Meiji era.

He observed that India has also embraced this mindset. He continued, saying: “The most effective foreign policy is one that delivers on development… if economic choices are divorced from a strategic context, it could lead the country down a very dangerous path. When we sacrifice one for the other, our long-term prospects stand imperiled. And we could slide into strategic lock-ins without even being aware.”

In his 2012 book, On China (Penguin Press HC),  former US Secretary of State Henry Kissinger describes how the first 20 years of the twenty-first century represent a distinct “‘strategic opportunity period’”for China. The concept reflects both a recognition of China’s progress and potential for strategic gains and apprehension about its continuing vulnerabilities. While NATO-Russia bickering and Russia’s invasion of Ukraine engage the world’s attention, China senses a strategic window of opportunity to enlarge its global influence.

The renewed preoccupation by an overstretched United States within the context of European security seems to have provided Beijing the strategic space to realign the global order to meet its own strategic goals. Among them is unity with Taiwan.

The Biden administration needs to tread with caution so as not to outpace its ability to maintain long-term United States interests, especially inside Asia. The deeper question is whether the region is heading to a stage where the rise of a Communist China bent on revising regional alignments will spell doom for Asia’s major democracies, including the Quad’s Asian lynchpins, Japan and India.