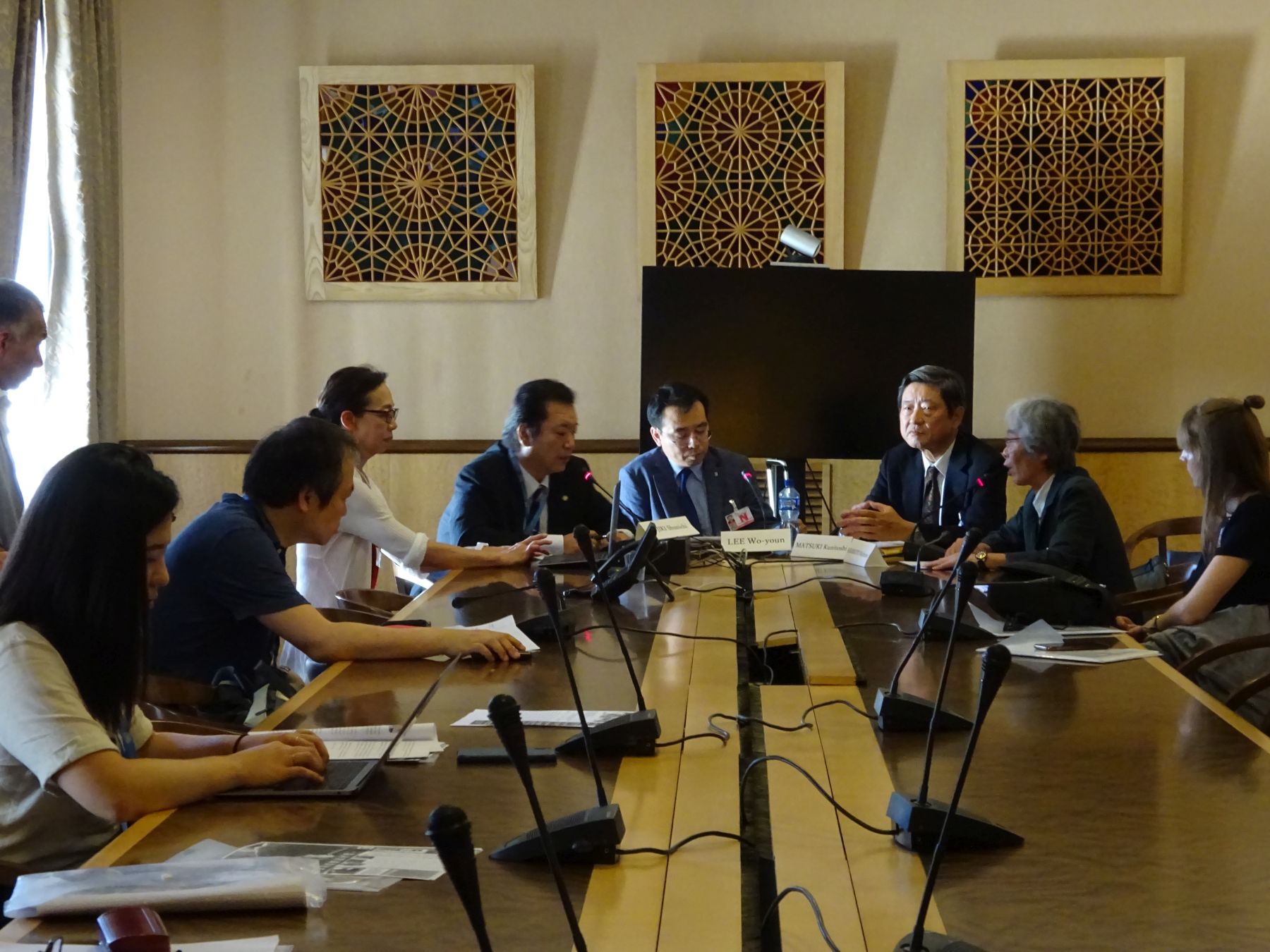 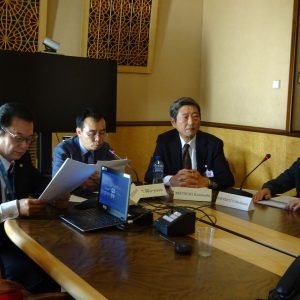 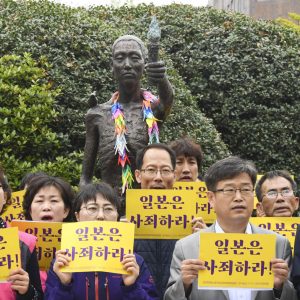 In 1965, Japan and the Republic of Korea entered into the Treaty on Basic Relations and the Agreement on the Settlement of Problems Concerning Property and Claims, restoring diplomatic relations. In the negotiations leading up to the agreements, South Korea called for all compensation to wartime laborers, military personnel, and civilian workers to be paid together — to the Korean government.

Significance of Aid Under Bilateral Agreement

After confirming that all rights to make claims were completely and finally settled under the Agreement on the Settlement of Problems concerning Property and Claims, Japan paid South Korea the prescribed amount of $300 million USD in direct aid, together with low-interest loans totaling $200 million USD.

To put the significance of this aid into perspective, South Korea’s budget at the time was only $350 million USD. Its foreign currency reserve was $130 million USD, and it had a trade deficit of $290 million USD.

At the time, Japan’s foreign currency reserve balance was only $1.8 billion USD. From Japan’s perspective, paying more than a quarter of its reserves to South Korea was a significant sacrifice, but one which was viewed as worthwhile as South Korea’s development economically and as a liberal democracy would benefit the security and economy of Japan.

Upon conclusion of the 1965 Treaty and Agreement, Japan enacted and enforced the “Act Concerning Measures in Relation to Property Rights of the Republic of Korea and Others Incidental to Enforcement of Article 2 of the Agreement Between Japan and the Republic of Korea Concerning the Settlement of Problems in Regard to Property and Claims and Economic Cooperation.” Thus, the property rights claims of Koreans against Japan were extinguished in the implementation of the 1965 bilateral agreement.

In 1966, to enforce the 1965 bilateral agreement, the Republic of Korea also enacted the “Act Concerning the Distribution and Management of Treaty Claims Funds,” which decreed:

Private claims against the nation of Japan by citizens of the Republic of Korea for the period up to and including August 15, 1945, must be compensated from the claims treaty fund established by this law. (Article 5).

Of this amount, compensation in the amount of 300,000 won (KRW) per person was paid for 8,522 individuals who died during labor mobilization, totaling 2,565,600,000 won in 1977. However, no compensation was paid to survivors, including those injured.

Property-related settlements, such as unpaid accounts receivable and savings, were paid in 74,967 cases, for a total of 6,622,093,000 won. One Japanese yen was calculated at the time to be the equivalent of 30 Korean won.

There was criticism of the distribution of compensation because some people were left out and others were dissatisfied with the amount received. This criticism, however, was directed at the South Korean government, not at Japan.

The Roh Moo Hyun administration (2003-2008) overcame the opposition of the South Korean Ministry of Foreign Affairs to release diplomatic records of the 1965 Japan-Korea diplomatic negotiations. At the same time, the Roh administration established a “private and public sector joint committee” for the purpose of deliberating steps to take following the release of the records of the 1965 Japan-Korea negotiations, and to re-examine the extent to which Korea’s claims were resolved under the 1965 treaty and settlement of claims agreement.

Among them were left-wing activists and lawyers, including Lee Yong Hoon, a private lawyer who later became a supreme court justice, and former Prime Minister Lee Hae Chan (currently the chairperson of the Democratic Party of Korea) from the public sector. The two were selected as the committee’s “joint chairpersons.”

There were 10 members from the private sector, outnumbering public sector members by one. They came from a variety of professions, such as lawyers, academics, priests, journalists, and financiers. One was the chairman of the left-wing activist group, People’s Solidarity for Participatory Democracy.

Report Compels Second Round of Compensation

The joint committee released a report with its conclusions in 2005, which stated in part: “Funds of the nature to settle the issue of compensation for damages due to forced labor mobilization should be considered comprehensively within the $300 million USD [fund].” It spelled out in detail:

Following the release of this report, the Commission on Verification and Support for the Victims of Forced Mobilization under Japanese Colonialism Administration of Korea — a South Korean government agency — paid benefits and support to former military personnel, civilian workers in the military, and former laborers, as well as to their surviving families.

Payment for services of deceased mobilized laborers were calculated in the amount of 20 million KRW per person, with payment going to their surviving families. Payments to injured laborers ranged from 3 million to 20 million KRW, depending on the extent of injury. In cases where there had already been a payment of 300,000 KRW in compensation in 1975, a formula was used taking into account the 7.8 times inflation rate and the difference was paid out.

Support also was paid to persons with unpaid accounts receivable. In this case, a formula was used taking into account inflation, resulting in a rate based on ¥1 Japanese JPY to 2,000 KRW. Medical support in the amount of 800,000 KRW annually was paid to survivors, while they were still living.

From 2008 through December 2015, the commission made payments for services and support in 72,631 cases, totaling approximately 618.43 billion KRW.