‘We Will Stand Up for Hong Kong,’ Protesters in Tokyo Say 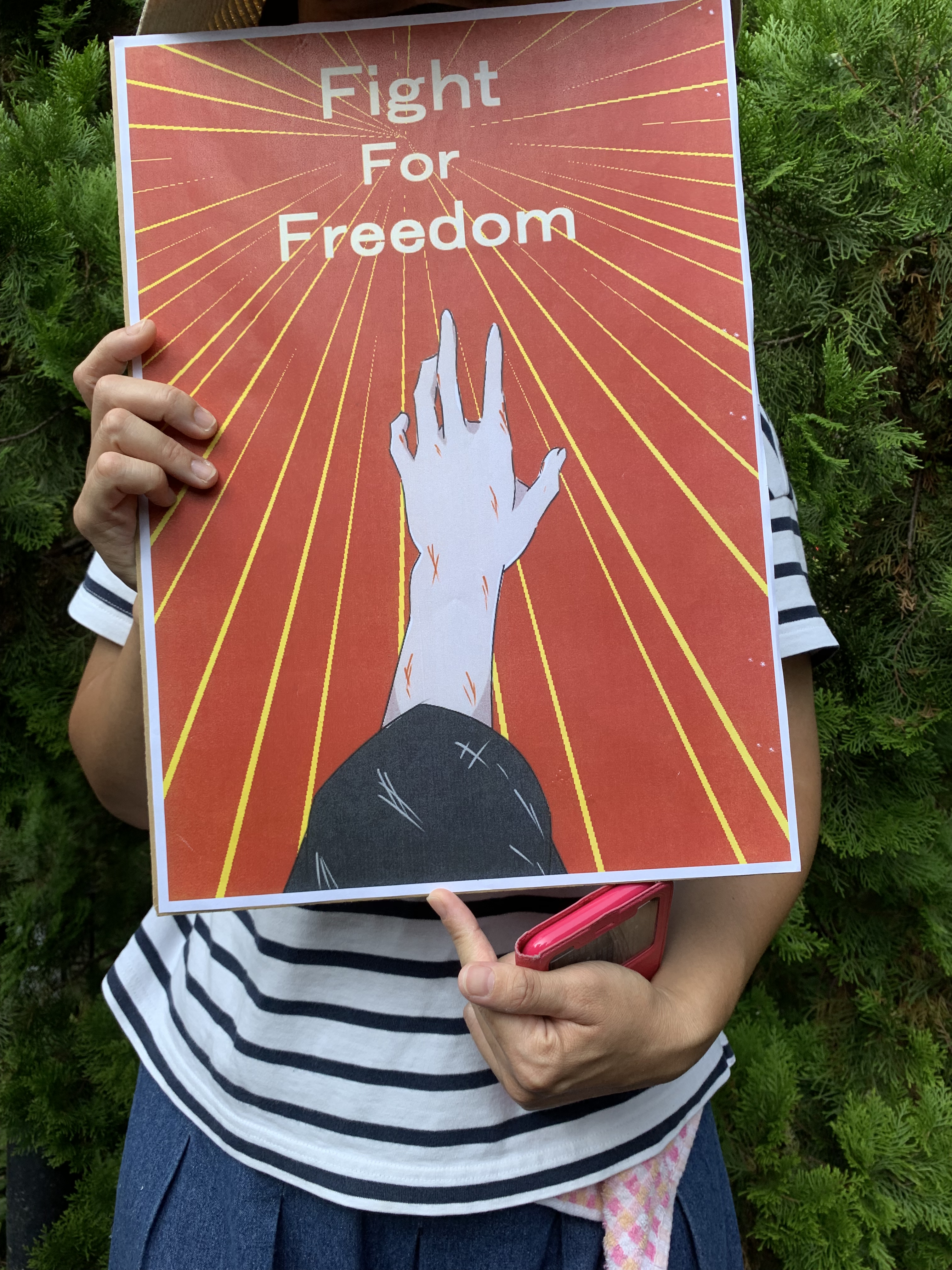 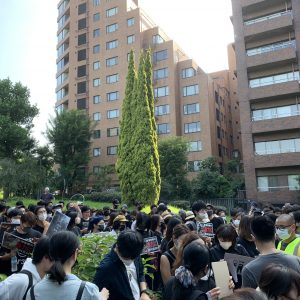 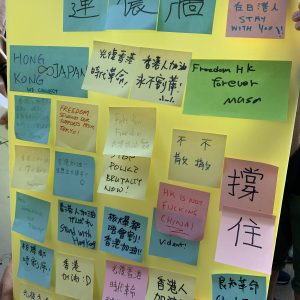 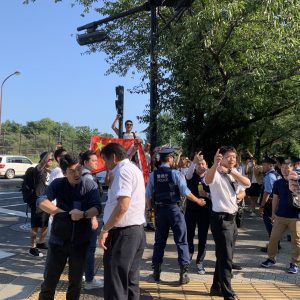 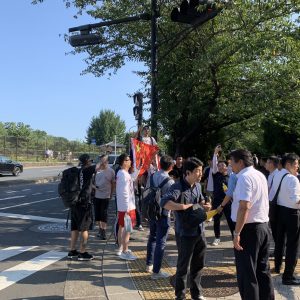 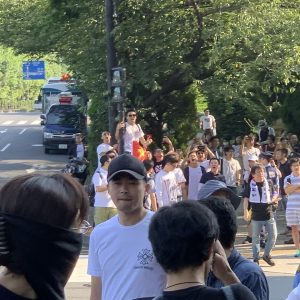 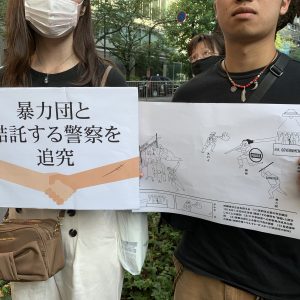 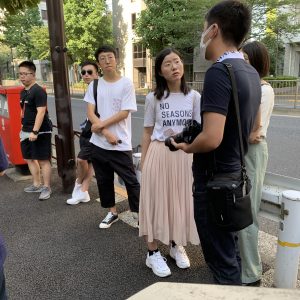 Hong Kongers have been chanting this in their protests, which have escalated by the week since June. On August 17, this chant could be heard on the streets of Tokyo.

On the same weekend that an estimated 1.7 million people took part in numerous protests and rallies across Hong Kong, about 300 people gathered in a park in Chiyoda-ku for a pro-Hong Kong rally and set out to march to the Economic and Trade Office of the Hong Kong Special Administrative Region (HKAR).

While naturally smaller in scale than those held in Hong Kong, the Tokyo rally, like the others that were held in cities from Melbourne to Vancouver, demonstrated solidarity.

A Rally Organized on Social Media

Those who took part were like a microcosm of cosmopolitan Tokyo. The majority were Hong Kong expats living in Tokyo for work or study. But there was representation as well from local Japanese people, and people of other nationalities such as Taiwan, Mongolia, and the United States.

The rally was organized via social media, and news of it was spread the same way or via word of mouth. Though loosely organized, those who attended showed that they were united for Hong Kong.

Most showed up wearing black, the color of the pro-Hong Kong demonstrators, and face masks. Some even brought signs and props to better show their message: support Hong Kong.

In an interview, the organizer, who requested to remain anonymous, said that the rally was organized as a reaction to the escalation of violence in response to the demonstrations in Hong Kong. He cited the incident where a female protestor suffered a serious eye injury caused by a bean bag round that was allegedly shot by a Hong Kong police officer.

“I cannot not do anything after I watched what Hong Kong police did to the protestors,” said the organizer. “It’s nonsense to shoot someone in the eye.” The victim is now facing possible permanent loss of vision.

Before the rally set off, the protestors gathered at a park near the HKSAR office. Strangers mingled freely, final preparations were made, and news was shared among the crowd.

One would not think much of such a crowd had it not been for the significant police presence. Around 20 police officers were deployed to the event, an approved gathering.

Also at the rally was a group of pro-China supporters. Aside from making sure the protesters adhered to the pre-approved route, the police focused on keeping the two groups separate. As clashes between the pro-Hong Kong and pro-China groups had occurred elsewhere, both the rally’s organizer and the police wanted to avoid the same type of conflict in Tokyo.

As the march started, the pro-China group valiantly displayed the flag of China and heckled their counterparts in Chinese. They also loudly sang out the Chinese national anthem to cries of “love the country.”

Meanwhile, as the pro-Hong Kong protesters marched past the pro-China group, the majority remained silent. Separation between the two groups was maintained without much trouble.

Conveying the Message to Hong Kong

Afterward, the rally participants were led in the chant: “Liberate Hong Kong! Revolution of Our Times!” This was the only time the protestors chanted, as a matter of respect to their surroundings in Tokyo. The chanting was kept respectably short.

As pointed out by one protestor, who asked to remain anonymous, it was the group’s intention to show to Japanese people that this was a peaceful gathering in support of Hong Kong, respectful of local Japanese and foreigners living in the area as well as the pro-China supporters.

Demonstrating the Right to Free Speech

Completion of the chanting signaled the end of the rally. But as the protestors started to separate and go their different ways, a white Mercedes Benz 4WD sped up the street right towards protestors who were at a pedestrian crossing. The Metropolitan Police had to jump in front of the 4WD to stop its progress.

The driver, a pro-China supporter, showed his frustration by incessantly blowing the car’s horn at the protestors. Fortunately no one was hurt and the 4WD soon sped away.

A female Hong Konger, who asked not to be named, said she was surprised that a pro-China group showed up. But, as she noted, “Being in Japan, it is within their right to be here today.”

Regarding the presence of the pro-China supporters, the rally’s organizer said, “I hope they can enjoy the freedom of speech which they do not have back in China.”

Previously, rallies were held in Tokyo, Nagoya, and Osaka supporting the Hong Kong protests. The most notable one of these was held on June 29 in Tokyo, organized by the Japanese actress and model Suzuko Hirano.

Many who had attended previous rallies had not encountered pro-China supporters at other events. But as noted by a male Hong Konger who was helping coordinate the protesters on the day, “It is a different atmosphere now compared to the rally that I attended before.”

Physically, all protestors wore face masks or something else to hide their identity. When interviewed, many people chose to remain anonymous. But, as acknowledged by a male Hong Konger wearing sunglasses, “This is Japan. What can China or their supporters do?”

It was a sentiment shared by some, but others still stayed on the safe side by protecting their identity or making their way to the nearby subway stations in groups.

No End to Protests

Compared to the protests in Hong Kong and other cities around the world, the gathering in Tokyo was very small in size and scale. But the protest’s organizer is not concerned. “I think it is still a meaningful activity,” he said.

He was in contact with groups in Hong Kong and wanted to send a message to them: “Even though we are in Japan, we are still Hong Kongers and are supporting Hong Kong.”

As for what Japan thinks of it all, he is grateful for the support given by the Japanese police, who “protected us from the pro-China group and helped make this a peaceful event.”

As one protestor commented, events like this show Japan, and the world, that the protests are not over just because it’s off the news.

As there seems to be no end to protests in Hong Kong, will there be more gatherings like this in Japan? “The next step may be [to do] nothing,” said the organizer. “But if Hong Kong needs any help, we will stand up anytime.”

Jackie Chang was born in Hong Kong. He has lived in Hong Kong, Canberra, and New York, amongst other places, and is currently living in Japan.