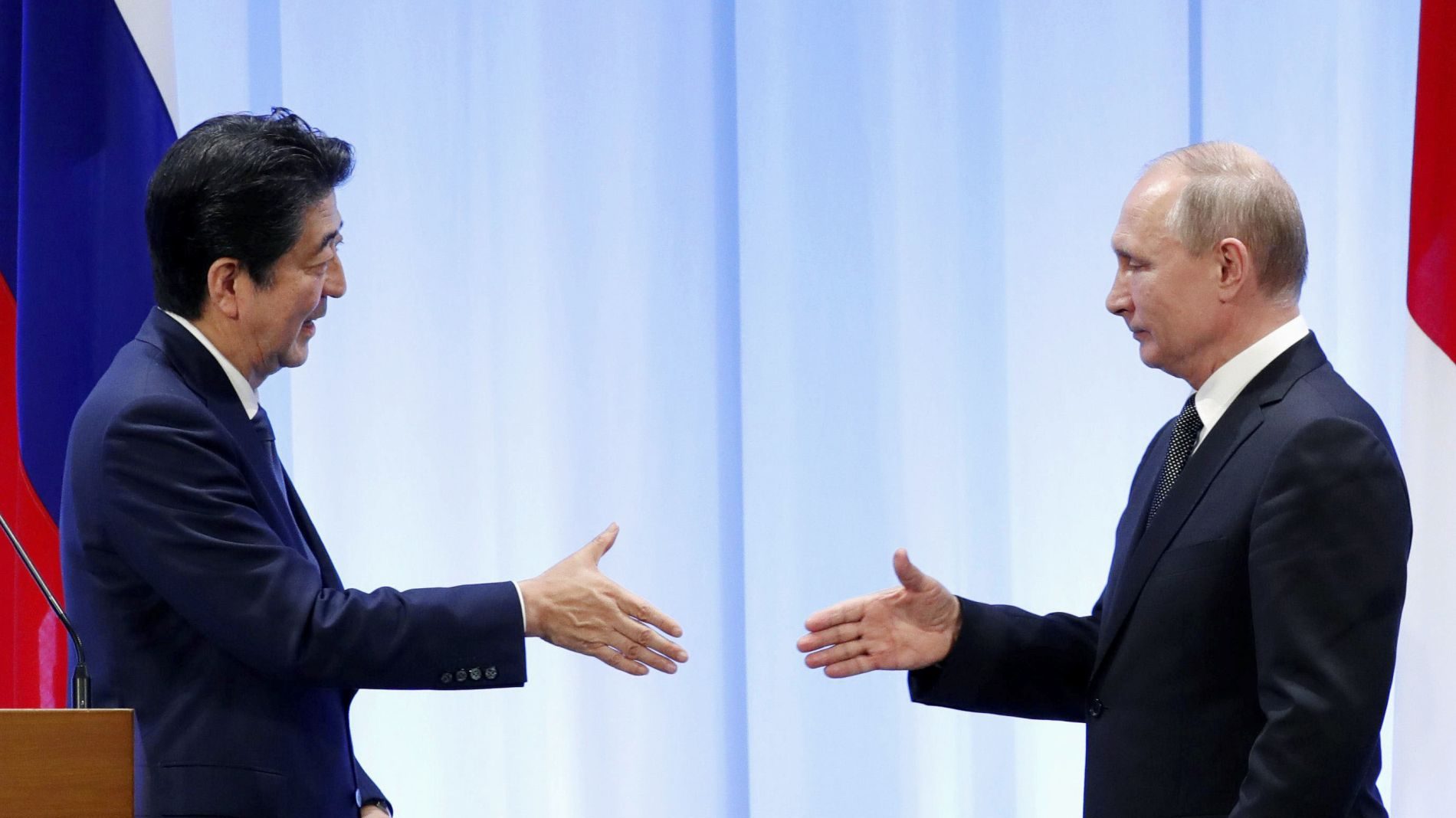 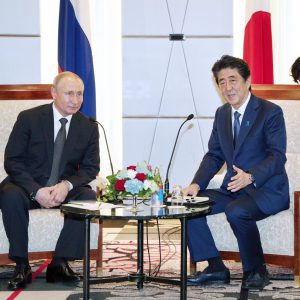 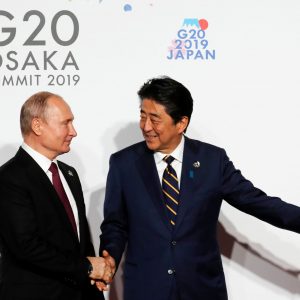 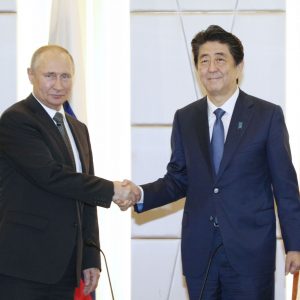 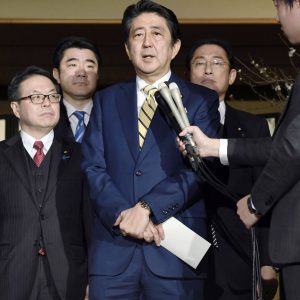 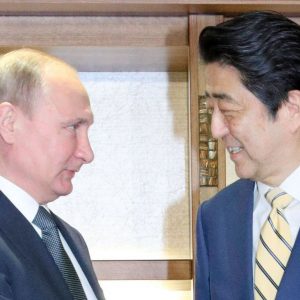 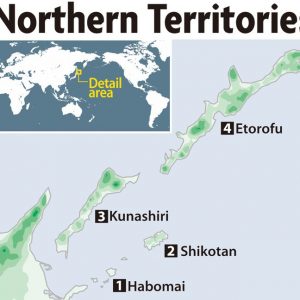 As feared earlier, Japan’s territorial negotiations with Russia have run into rough waters.

In November 2018, Japanese Prime Minister Shinzo Abe and Russian President Vladimir Putin agreed to accelerate bilateral territorial negotiations based on the 1956 Japan-Soviet joint communique, in which the then-Soviet Union promised to hand over two of the four Russian-held northern Japanese islands to Japan after signing a bilateral peace treaty. Then, the talks had been expected to make progress toward Russia’s return of Shikotan Island and the Habomai island group.

However, Russia has made no offer to return them.

In a press conference on March 28, Russian Ambassador to Japan Mikhail Galuzin dismissed Japan’s two-island approach on the territorial negotiations. He urged Japan anew to admit that the islands became Russian territories as a result of World War II.

The ambassador also said that any progress in the negotiations would depend on the resolution of Russian concern on the Japan-U.S. Security Treaty and the overall development of Japan-Russia relations.

The Russian ambassador thus asserted that there is no territorial dispute between Russia and Japan, and that Japan — if willing to win the return of the two islands — should revise the Japan-U.S. security alliance.

His assertion echoes what has been said by Mr. Putin and Russian Foreign Minister Sergey Lavrov since last November. While Japan has remained silent, the Russians have continued to make unreasonable arguments.

This situation is a result of Prime Minister Abe’s decision to deviate from Japan’s long-standing position of demanding the return of all four islands and to pander to Russia.

Japan and Russia have accumulated a number of agreements over the years, including the 1993 Tokyo Declaration vowing to resolve the “belongingness of the four islands” under the “principle of law and justice.”

Nevertheless, Prime Minister Abe has ignored these negotiations and accumulated agreements, and offered instead to get back to the joint communique. And Russia has taken unfair advantage of Mr. Abe’s two-island approach to escalate its demands.

The approach based on the joint communique apparently reflects the idea of former House of Representatives member Muneo Suzuki. He has visited the Prime Minister’s Office regularly every month since the inauguration of the second Abe government in 2012 and served as an adviser to Mr. Abe on diplomacy with Russia. 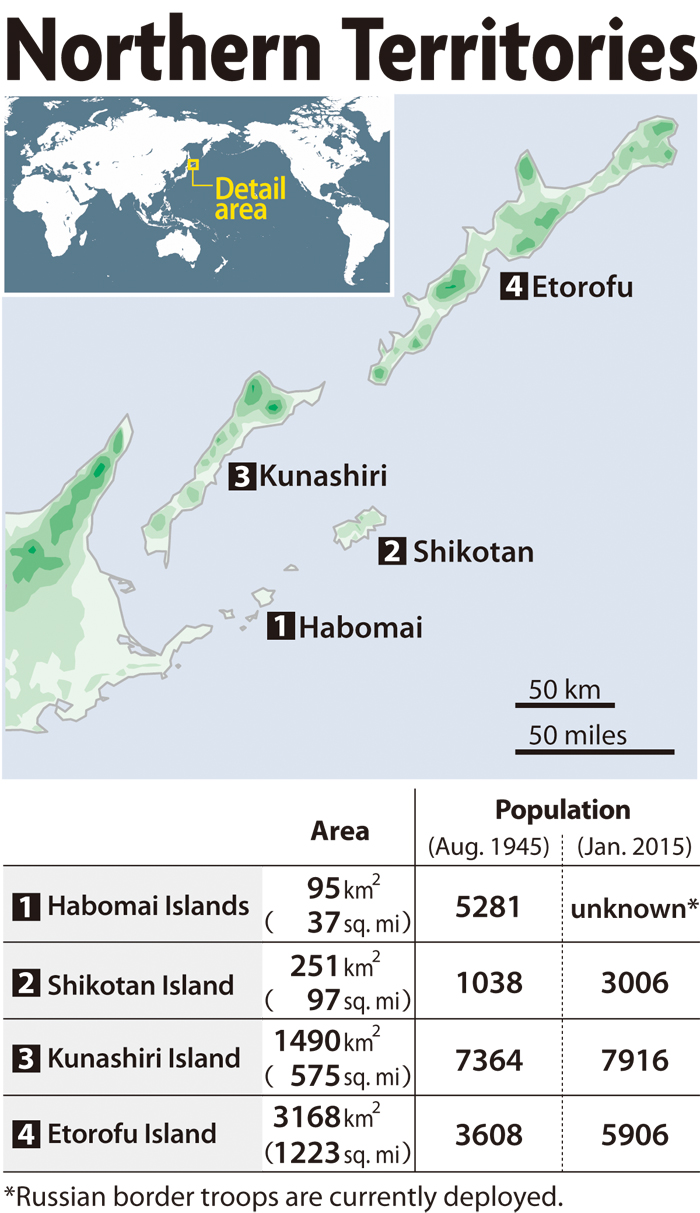 However, the Putin government’s domestic circumstances and the international environment have turned around since the early 2000s. Russia has come under Western sanctions and been isolated since its annexation of Crimea.

Russia’s friendly neighbor China has entered into a sour relationship with the United States that is described as a new cold war. Mr. Putin’s domestic approval rating has followed a downtrend, indicating his weakening political footing.

Prime Minister Abe has been eager to conclude a peace treaty with President Putin. However, effectively setting the deadline for signing the treaty before Mr. Abe’s term expires in 2022 leads to a disadvantageous situation for Japan.

Japan should return to the principle of seeking the four islands’ return and work out a long-term strategy, with even a post-Putin government in mind.

The Japanese government has refrained from rebutting Russian assertions, hoping not to irritate Russia. However, such consideration is meaningless for Russia. The government should not only achieve accountability for the people, but also assert the illegitimacy of Russia’s occupation of the Japanese islands widely in the international arena.

(A version of this article was first published by the Japan Institute for National Fundamentals, Speaking Out #583, dated April 1, 2019.)

Ryosuke Endou is an editorial writer and a former Moscow bureau chief of The Sankei Shimbun newspaper.