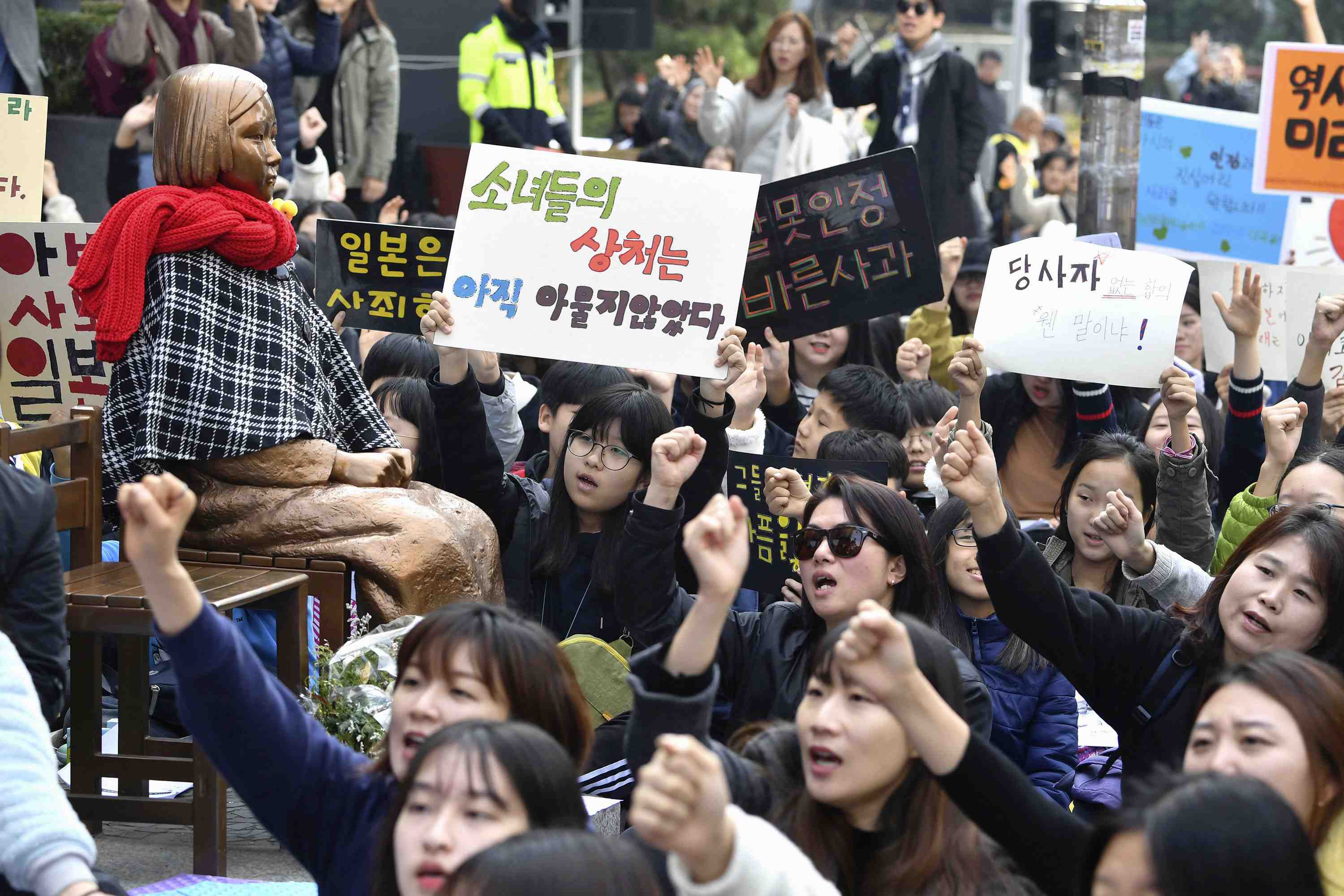 Citizen groups are trying to get Professor J. Mark Ramseyer’s paper withdrawn from an upcoming journal, and the South Korean media has initiated an attack on his personality.

Critics have referred to Ramseyer as “the person awarded by the Japanese government,” and one who is “famous for being pro-Japanese” and “makes guesses without any hard evidence.”

South Korean students at Harvard have condemned the paper, citizen groups are trying to get it withdrawn from an upcoming journal, and the South Korean media has initiated an attack on Ramseyer’s personality.

Moreover, a young South Korean singer has abused the professor on social media in what has been an abnormal overreaction.

In contrast, a group of intellectuals in South Korea that assert that the “comfort women were licensed prostitutes” has stated that trying to limit academic output to just ideology is delusional behavior that tramples on academic freedom, and they urge sharp remorse.

Professor Ramseyer’s paper “Contracting for Sex in the Pacific War” states that wartime comfort women who engaged in the sex industry did so under special apprentice contracts, which differed to those in peacetime, and which stipulated items such as advance payments, wages, and contract periods.

Such contracts can be explained as credible commitments under game theory. Ramseyer’s paper is a law and economics piece, as opposed to a historical one.

The piece clarifies that the notion on “sex slaves” including “young girls being forcibly abducted by the Japanese military” — which is asserted by South Korea — is far removed from the truth of women being recruited and employed.

Ramseyer’s paper is set to be published in a journal in March, having undergone peer review. Students and citizen groups, untrained as academics, are not fit to demand a withdrawal and an apology.

The Sankei Shimbun published an abstract from the paper on January 28, having gained permission from Ramseyer.

RELATED: Recovering the Truth About the Comfort Women

Major newspapers and TV stations reported on the “U.S. Harvard professor and his paper saying that the comfort women were prostitutes” – implying there was political intent behind the piece.

The situation escalated after a popular South Korean singer described the paper as something that “stinks worse than vomit, and is dirtier than excrement.”

In the United States, a South Korean student group at Harvard Law School, where Ramseyer teaches, said that they condemn the intentional removal of human rights violations and war crimes from history.

The Harvard University student newspaper Harvard Crimson published comments by left wing academics stating that the paper is factually, historically, and morally deficient, and that it contains profound errors concerning logic. On top of that, academics specializing in sex crime studies, from areas such as Chicago and Texas, have started to attack the professor on platforms such as Twitter.

According to Reitaku University Associate Professor Jason Morgan, who is an expert on academia in the U.S., many of those attacking Ramseyer’s paper are radical feminists who regard the comfort women as absolute victims, as well as specialists on the issue of racial discrimination, or research institutes that receive funding from South Korean sources.

The anti-Japan organization Voluntary Agency Network of Korea (VANK) has asked the relevant American journal to withdraw the paper.

VANK is an internet-based private-sector organization that aims to present an accurate depiction of South Korea to the world. However, it is financially linked to the South Korean government and it is involved in promoting South Korea to the rest of the world. In particular, its anti-Japan stance stands out, and it tries to sully Japan’s reputation over historical issues.

Nevertheless, there are some South Korean intellectuals who are critical of the relentless attack against Professor Ramseyer. A group of 11 South Korean academics and lawyers – including former Seoul National University Professor Lee Yong-hoon who wrote the bestseller “Anti-Japan Tribalism” – is one example. On February 9, the group criticized those who are ignoring the academic argument while attacking Ramseyer.

“Anti-Japan Tribalism” squarely criticizes the notion that “comfort women equals sex slaves.” It is the first history book to put forward the academic argument in South Korea that these women were licensed prostitutes employed on a contractual basis. However, the ex-comfort women and bereaved relatives are currently suing Lee and others connected to the book for defamation.

The group of intellectuals also includes a prominent ex-Yonsei University professor who was sued for giving a lecture denying the theory that “comfort women equals sex slaves.” Some South Korean academics are showing common sense on the matter.

In its statement, the group likens the Korean media attack on the paper to a “witch hunt.” They add that it is as if the media are engaged in a China-like ‘Cultural Revolution,’ making it clear they have no choice but to scrutinize it and be critical.

The group added that the actions of students of South Korean descent in the U.S. could become the target of profoundly critical articles by the global media, and that if there are any disruptive adults who have led such students astray, they should be encouraged to feel sharp remorse.

The intellectuals also criticized the “block” which has been in place for several years in South Korea who oppose discussing the comfort women issue, and said there is a need to conduct factual research.

There are also Japanese and English versions of the group’s statement. The Japanese version can be found on the Historical Awareness Research Committee’s homepage.

Six members of the committee including Tsutomu Nishioka — an expert on the comfort women issue — sent an email to the journal’s editorial department, expressing their support for Ramseyer’s paper, from the viewpoint of Japanese researchers.