Why Do We Let Japanese Textbooks Carry Debunked Propaganda From China, South Korea? 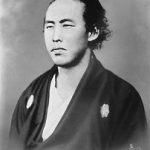 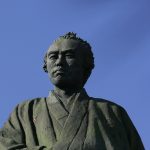 South Korea has fallen for North Korea’s charm offensive at the PyeongChang Olympics. One wonders whether South Korean President Moon Jae-in and his chief presidential secretary, Im Jong-seok, now think that the existence of North Korea is more legitimate than that of South Korea.

The foundation of South Korea has clearly been eroded by anti-South Korean education, because the likes of Moon and Im could have taken the reins of government only as a result of years of information manipulation by North Korea.

Education in Japan is also in danger. Many textbooks twist the facts and criticize Japan’s history. If the bias in our textbooks is not corrected, the foundation of our country will also be eroded, and we will eternally be unable to win the history wars launched by China and South Korea.

It is likely that China and South Korea will ramp up their offensive against Japan this year over the issue of labor recruited during the Pacific War years. This issue is described as supposed compulsory labor mobilization in textbooks from Tokyo Shoseki, Jikkyo Publishing Co., Shimizu Shoin, Yamakawa Publishing Co., Daiichi Gakushusha Corporation, and others. (Related Article: Lie Debunked: Historical Data Show No Forced Labor for Koreans)

The recruited workers were not, however, forcibly conscripted. The many records left by Koreans who came to Japan, and by Japanese who were involved with labor recruitment, paint a very different picture from that given in the textbooks.

Kiyoshi Nishikawa, who had served as the director of the Interior Affairs Division under the Korean governor of Kangwon province, offered testimony on this subject in A Bureaucrat in the Office of the Governor General of Korea — Final Testimonials (Sakura Publishing Co.). I also personally asked Nishikawa about this. He stated that the government administrators recruited labor through explanation and consent. Those who did not consent were free not to respond to the recruitment call. There was never any force.

In the book, Notes of a Korean Laborer (Kawai Publishing) by Chon Chun-he, the author describes how everything from bedding to food was generously provided for the workers.

Japanese schools ought to be teaching children this type of information and nurturing their ability to think as a Japanese, based on facts rather than on Chinese and Korean assertions.

The reality, however, is that the front line of Japanese education is moving in the opposite direction.

At the annual meeting of the Japan Teachers Union in February, actual examples were given of Japanese history education which has been adapted to China and South Korea’s anti-Japanese viewpoint. One such example is that elementary school children are being taught that the period from the Manchurian Incident of 1931 to the end of the Greater East Asian War is the “Fifteen-Year War.” The terminology contains very strong negative connotations, suggesting that Japan was engaged in a continuous war of aggression. That, in and of itself, is wrong, as well as inappropriate to teach to elementary school children.

In another example, it was pointed out that teaching about local heroes to reinforce local pride is linked to the risk of affirming the status quo. It is argued that, instead, the focus should be on the contradictions and disparities in society, exploitation, and the intentions of rulers.

Recall, for example, the Ministry of Education’s announcement in 2017 of a proposal to change the name of Prince Shotoku to Prince Umayado. The plan was criticized and thwarted, but the effort to remove great historical figures from the history of Japan has continued. Nobukatsu Fujioka, a visiting professor at Takushoku University, points out that behind this movement is the Association for High School-University Collaboration in History Education study group, which is linked to the History Study Committee-High School History Education subcommittee of the Science Council of Japan, and that the Ministry of Education is ever sympathetic. (Related Article: History Wars: Japanese Taxpayers Funding Anti-Japan Activists)

In October 2017, the Association for High School-University Collaboration in History Education study group announced a proposal to reduce the number historical terms appearing in high school history textbooks by 40%—from 3,400-3,800 down to 2,000-2,500.

The contention is that, by decreasing what children must remember, there would be a shift in the direction of learning that encourages thinking. But this concept reverts to the notorious “relaxed education” policy, which assumed cutting back the information children are taught would spontaneously motivate children to think more about the subject matter. Unquestionably, the end result of this failed policy has been a decline in the intellectual achievement of Japanese children.

In addition, while the study group claims it is reducing the excessive number of historical terms, the standards being applied reflect its ideology of repudiating Japan’s history. Among the names listed as candidates for elimination from textbooks are those of Shoin Yoshida, Ryoma Sakamoto, and Shinsaku Takasugi. It would entirely devalue the contributions of these heroes who stepped forward and risked their lives to help Japan overcome the national distress of the Meiji Restoration era. It is a perverse view that would repudiate the truth of national progress following the Meiji Restoration.

In marked contrast to the anti-Japanese narrative that is being pushed in Japan, both China and South Korea promote history education that emphasizes their own greatness. “Xi Jinping Thought” has even been written into the Chinese Constitution as a teaching philosophy that promotes the perfection of the Chinese Communist Party.

The Cultural Revolution, the greatest failure of Mao Zedong, has been deleted from Chinese textbooks. The notorious Tongzhou Incident in which 257 Japanese were massacred, and all traces of the site, have been purged. Evidence of the Chinese atrocity has been erased and a new historical narrative has been created in which Japan is made the villain.

On top of claims, such as “there were 300,000 victims in the Nanjing Massacre” and “400,000 comfort women were forcibly taken and 300,000 of them were slaughtered,” they have started publishing pseudo-academic papers claiming that 300,000 Chinese were murdered by Unit 731 of the Imperial Japanese Army’s Kwantung Water Purification division. (Related Article: History Wars: China Ignores Facts to Weaponize the Past)

In South Korea, the national history textbooks adopted under the government of former President Park Geun-hye, which were required to put a positive spin on South Korean history, have been abandoned. The Moon government, instead, is focused on presenting North Korea in a favorable light.

It seems there will be no end to the history wars of China and South Korea, countries that are bonded together by their anti-Japanese stance. China will continue to chant various theories of alleged “massacres of 300,000.” Mr. Moon will continue attacking Japan on wartime recruitment while attempting to reignite the comfort women issue.

Unless young Japanese are provided a proper history education, they will be unable to fight back as China and South Korean use their allegations defaming Japan to claim the moral high ground. It is unacceptable for the Shinzo Abe administration to regress to the teaching of a left-wing view of history under the so-called relaxed-education policy of previous governments. It is essential that the Ministry of Education’s management of history textbooks and education be closely monitored.

Yoshiko Sakurai is president of the Japan Institute for National Fundamentals and journalist.