Should Washington Get Tough on China? Here Are Things to Consider 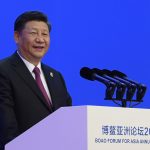 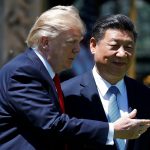 Tracking the debate over China policy in Washington shows remarkable hardening over the past two years. There are now routine calls for a United States pushback and toughening against expansionist and predatory Chinese practices carried out by an increasingly assertive and challenging Communist party-led dictatorship.

Those arguing for continuing constructive engagement are on the defensive as Trump administration leaders depict China’s challenge in stark terms as a “whole of government” plan to weaken the United States and undermine its interests, while attempting to dominate the international economy and re-establish China’s historical sphere of influence in Asia. (RELATED ARTICLE: Testing the United States: China and the Senkakus)

In contrast, key domestic US constituencies remain ambivalent about the newly perceived China danger. Recent public opinion data in the US reflects a wary but hardly alarmed attitude, one that is at odds with the Trump administration’s grim view. Business interests are increasingly critical of China, but their willingness to accept the consequences of protracted confrontation with China is far from clear. The media also remain ambivalent, especially about tradeoffs between the risks of hardening and the benefits of engagement.

Within the US government, the Department of Defense laid out its National Defense Strategy with a clear view of the danger China poses for US interests based on long experience in dealing with Beijing’s growing and increasingly challenging hard power. Statements by leaders of the Federal Bureau of Investigation and other internal US security agencies underline a need for greater readiness in the face of China’s malign practices. Congressional support for increased funding for both defense and domestic security operations presumably is being applied along the lines of the avowed Trump administration strategy toward China.

In many other government agencies, however, the debate on engagement continues, and policy responses are less clear. How these agencies involved with economic and political affairs will line up with the Trump administration’s call for a whole-of-government approach to counter China’s adverse practices remains an important determinant of US policy and practice in the months ahead.

One reason for opposition or at least passive resistance to a hard line on China is the reality that many hundreds of career officials in the US have been deeply engaged in US-China cooperation programs that they view of great benefit to their agencies and the US national interest. Not much attention has been given to how these programs benefited China’s efforts to advance its own interests. China’s wide-ranging malign intent almost certainly is viewed as unproven and wrong by many US officials with deep engagement experience with China.

A wide range of US agency representatives believed that their agencies and US interests derived strong positive benefit as a result of their programs with China, and this served as a brake on stronger Obama government actions against the array of challenges posed by the government of Chinese party leader and President Xi Jinping. According to some participants in the US policy process, these officials judged that strong countermeasures against Chinese assertiveness and expansion on the South China Sea dispute, trade issues, or other matters would lead to wide-ranging Chinese retaliation, possibly jeopardizing their programs.

Obama administration officials’ interest in Chinese cooperation on climate change reportedly was an important element influencing decision making on—and preventing—toughening US policy in other areas of the relationship. Thus, officials argued against firmer US actions on such matters as the South China Sea and economic disputes, because they feared that their agency programs and the broader US national interest was at stake.

Career officials today also probably view as a daunting assignment the challenge of changing longstanding and well-established economic, political, and other related engagement practices toward China and adopting workable hardline policies and practices. The efforts involved in reviewing programs, assessing what to continue, providing justifications, and finding means to implement viable tougher policies are not quickly done.

Finally, the determination of career officials in economic and political agencies to carry out tough measures in line with the administration’s published strategy is influenced by seemingly conflicting signals by administration leaders. The President is avowedly unpredictable. He has repeatedly highlighted a strong personal relationship with President Xi; he sees Xi and China as more important than ever in seeking a solution on the administration’s top priority effort to stop the North Korean nuclear weapons threat.

Against this background, US career officials have to assume that circumstances could arise where the President could reverse the current tough policy toward China. Indeed, Trump’s recent economic pressure on China comes in tandem with secret negotiations by the Secretary of Treasury with Chinese counterparts that reportedly could result in a “deal.”

If the resulting agreement is anything like the deals reached during President Trump’s visit to China in November, the result might look good for publicity purposes but do little in support of a longer-term strategy to counter China’s various challenges, probably prompting US career officials to “hedge their bets” in enacting a harder line US policy toward China.

Robert Sutter (sutterr@gwu.edu) is professor of practice of international affairs at George Washington University. Sutter’s latest book is US-China Relations: Perilous Past, Uncertain Present, 3rd edition (Rowman & Littlefield 2018). This article was first published under the title “Washington’s Hardening on China — Key Decisions Ahead” in PacNet, the weekly newsletter of the Washington DC-based Center for Strategic & International Studies, and is republished on JAPAN Forward with permission.