With Chinese Lobby, Canada Allows Japanese Minority to Be Threatened 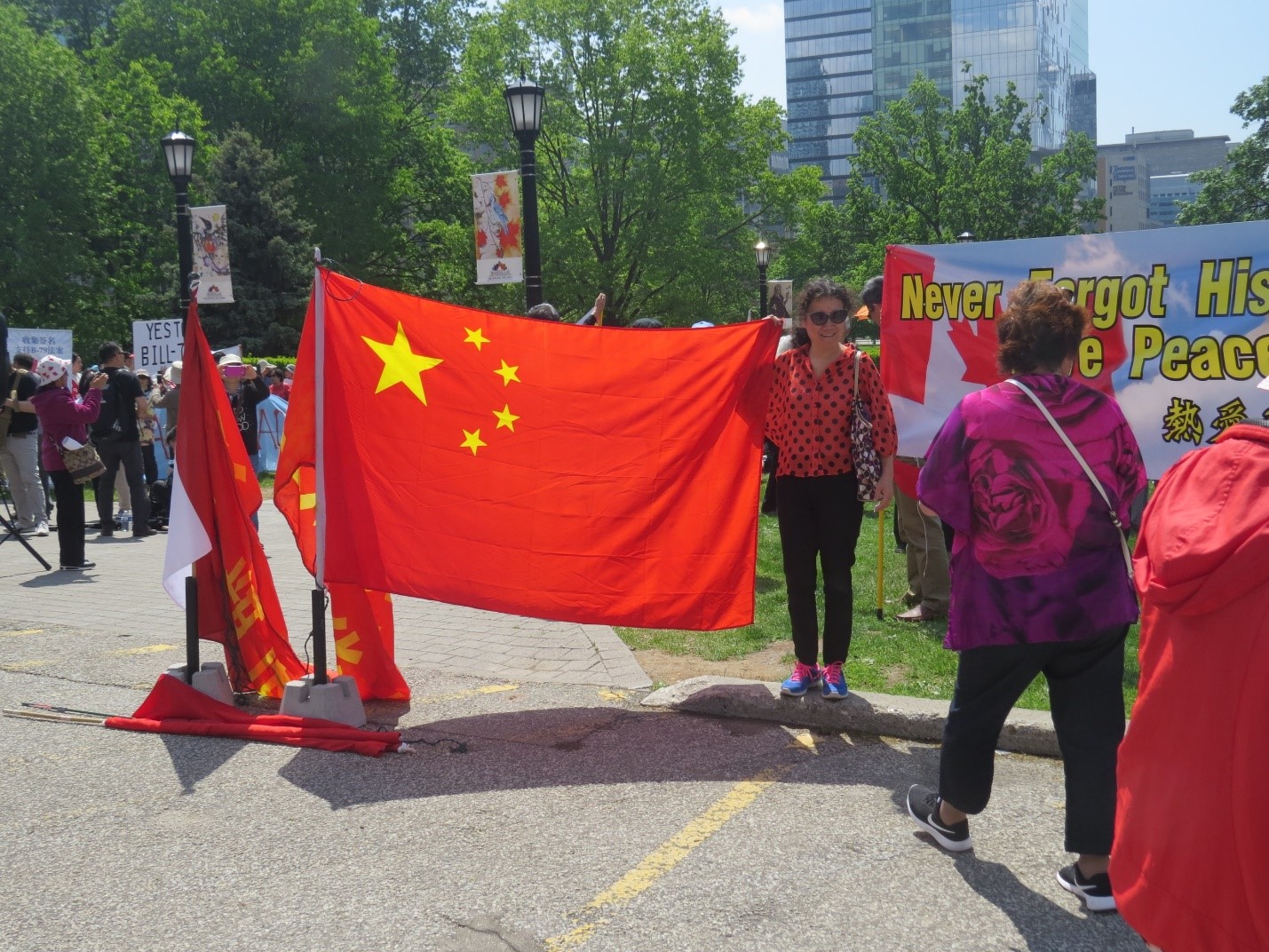 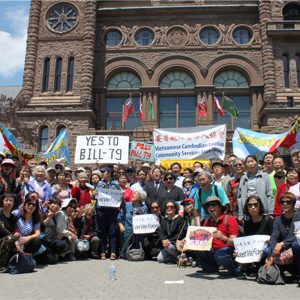 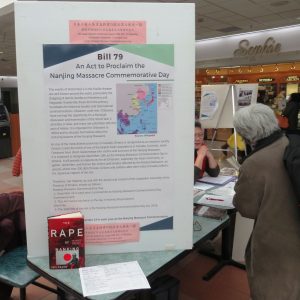 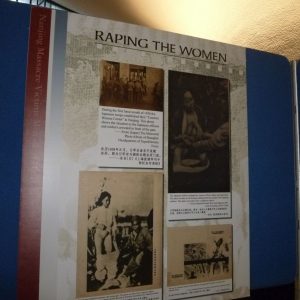 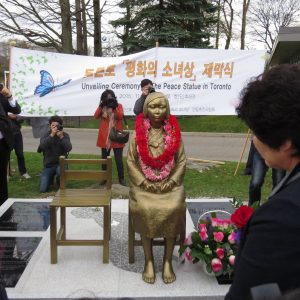 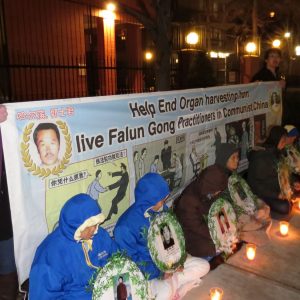 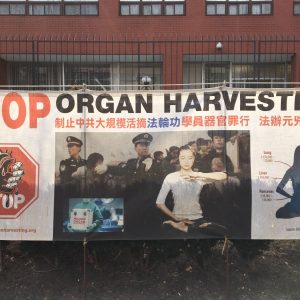 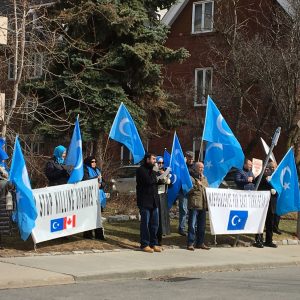 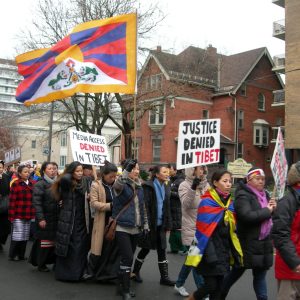 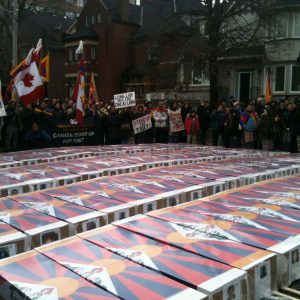 Last of a 2-part series

Part 1: China Steps Up Efforts to Demonize Japan in Canada

Are Canadian scholars up to the task of presenting the truth about Japan’s World War II history to the country, and the world?

Naturally, the person who is leading Japan studies at the Centre for the Study of Global Japan, Professor David Welch, is expected to provide an objective view of Japan. He published an article dealing with Bill 79: “When it comes to the Nanjing Massacre, should Canada weigh in?”

He makes a few reasonable arguments against Bill 79, which reflect the realities in Canada. Bill 79 and the Toronto City Council resolution will, first, “threaten to undermine harmony here at home,” and, “second, these measures are dangerous precedents. By taking sides in one case, Queen’s Park (the Provincial Parliament) would invite — and Toronto City Council already has invited — others to do the same,” causing disorder.

Also, such commemorations, according to Welch, will serve to only demonize Japan and that should not happen because “Japan has learned from, and has moved beyond, its imperial past. It is hardly a country worth demonizing.”

And what exactly has Japan learned? “Japan today is among the least militarist countries in the world…. Most Japanese today see their own government as the primary source of their wartime suffering and have responded by internalizing anti-militarism.”

In other words, Japan has been neutered, left with an army that is not allowed to fight, and pacifism has been ingrained in the Japanese mind. The only way such a country could survive is to have a protector — so far, the United States has been the force guarding pacifist Japan.

In Welch’s view, the demonization of a pacifist country “is not the Canadian way. Canadians are peacemakers and bridge-builders, not pawns in others’ domestic and geopolitical games. Canadians promote empathy; they do not work to undermine it.”

I am not sure if the professor is blind or naïve. Canadian politicians are just as greedy and calculating as politicians elsewhere in the world. The government of Justin Trudeau, with its sympathy to China, to various Islamist groups, and to the globalist United Nations, could hardly qualify as “bridge-builder.”

As of the Nanjing massacre issue itself, Welch considers it resolved for good: “The Nanjing Massacre was truly a ghastly event. On Dec. 13, 1937, the Imperial Japanese Army entered the city of Nanjing and, in clear violation of the laws of war, committed widespread atrocities against a defenceless civilian population, killing perhaps as many as 300,000.” And, “long ago — and repeatedly — the government of Japan acknowledged and repented of the country’s imperial sins in Nanjing and elsewhere.”

The professor dismisses with contempt anybody who would discuss the events in Nanjing, from any point of view other than total repentance: “While a handful of arch-nationalist revisionist cranks refuse to do so, they speak only for themselves.”

The language of the professor reminds me of the Stalinist “scientific discussions,” where labeling an opponent was considered a legitimate argument and the word “revisionist” was enough to send the accused to Siberia.

Welch is either ignorant or deliberately misleading when he discards the many serious historians in Japan that study the Nanjing issue and scolds them as “arch-nationalist revisionist cranks.” Is this an approach that would bring objectivity to the Japanese studies at the University of Toronto?

However, he goes even further by downplaying the role of China. Thinking that the country is dangerous is fearmongering: “China has enough trouble managing its own domestic challenges. Above all, China wants peace, prosperity, international respect, and a voice in regional and global governance commensurate with its size and economic weight. There are hyper-nationalist Chinese cranks, too, of course, and nervous Japanese can be forgiven for overestimating their importance, just as Chinese overestimate the importance of Japanese cranks.”

Again, is the professor misleading us? The statement sounds like a bad joke. China has in its recent history a long list of atrocities, for which it has never repented. Some of those atrocities continue even today.

China is trying to expand its military and reaches out to control larger parts of the Far East by building artificial islands. Courtesy of China, the region now faces the worst military threat in recent history — North Korea. China financed and kept afloat the Kim family’s dictatorship, which managed to surpass even its Chinese masters in “perfecting” brutal control over its citizens.

The hypocrisy of Canadian politicians became obvious during the debate over Motion 66 in the provincial parliament of Ontario in 2017. As I said, the original idea was to pass a law, Bill 79, but it was unlikely that it could make its way through the bureaucratic maze before the elections. Because of that, MPP (Member of the Provincial Parliament) Soo Wong, who introduced the bill, decided to go for a motion instead. A motion can be approved immediately and only 12 MPPs (out of 107) need to be present for it to pass.

I attended the debates — there were about 15 MPPs, but nobody bothered to state that when it was announced that the motion was accepted “unanimously.”

Before the motion was introduced, the pressure was maintained by mass events. For example, on May 29, 2017, a large rally in support of Bill 79 was held in front of the Ontario Parliament. There were Chinese flags and some people displayed medals from the People’s Republic of China. Politicians made speeches critical of Japan and called the Chinese participants to keep making noise until the bill is accepted.

Some signs implied that Japan was still a potential military threat, which was a lie — they ignored the rising military power of China and its open threats against its neighbors. At the rally, it was falsely claimed that the Japanese community supported the bill. The Chinese lobby relied on the support of people like Joy Kogawa, a privileged author and member of the establishment, who is detached from the real problems of the Japanese in Canada.

Before the start of the debate on Motion 66, there was a small peaceful demonstration of Japanese in front of the parliament. They were subjected to ugly verbal abuse by some Chinese people who were going into the parliament to watch the debates.

During the debates, the small group of MPPs from several political parties engaged in attacks against Japan. They also mentioned various historical atrocities, but not a single genocidal atrocity committed by China was included in their lists.

For example, MPP Soo Wong said: “These bills and motions passed by this Legislature demonstrate Ontario’s unified stance on human rights issues no matter where they occurred or their impact on Ontarians.” She conveniently failed to mention that none of these bills covered the horrible human rights abuses in China.

She also claimed that the motion was not against the Japanese. “The intent of my motion is to acknowledge and remember the history as it occurred, in hopes of preventing similar actions in the future. This is not — I’m going to repeat it, Mr. Speaker — this is not about the Japanese people in Ontario. It is not about today, other than remembering the day and the lessons that history teaches us.” However, the refusal to listen to the Japanese side of the story shows Soo Wong’s hypocrisy.

In the same spirit, MPP Raymond Cho mentioned several atrocities, but the Chinese genocides in Tibet, Xinjiang, Tiananmen Square, etc., were not among them. It was hypocritical, because in his final statement, he claimed that he defended everybody’s human dignity: “It is not about who the victim is, nor who the predator is. It is not about who is our friend or foe. It is about doing what’s right. It is about justice and human dignity so that the future generations of all nations never commit such atrocities and create a peaceful world for all.”

MPP Gila Martow had almost the same atrocity list and China was missing from it. I wonder if she was aware that the communist government of China recently destroyed the Jewish community in Kaifeng. The offensive thing in her case was that, as a Jew, she had to be more sensitive when another minority in Canada is demonized. In the future, when Muslims grow in numbers, they will probably introduce a motion condemning Israel’s defensive wars and the “massacres” that the Arabs claim happened, like Deir Yassin and Jenin.

MPP Peter Tabuns accused Japan of lying about the past and even referred to a fake picture from the “massacre.” He condemned Japan for withdrawing payments from UNESCO over disagreements, but conveniently omitted the fact that the U.S., Great Britain, and Israel also stopped their payments for similar reasons. Apparently, an Asian country like Japan is not allowed to do that.

He went even further, accusing Japan of aggression for not accepting his version of the “truth”: “Speaker, as you are well aware, countries — people — that don’t recognize the reality of their history continue that act of aggression.” He should send the same warning to the Chinese government.

MPP Han Dong said that he was the first Mandarin-speaking MPP in Ontario and that the motion was not directed against the Japanese: “Unity and reconciliation are this bill’s intent, presenting truth to our children so that history will not repeat itself. We must face the past squarely and pay tribute to those who lost their lives and loved ones. We must not segregate our multicultural society. Frank discussions about the past make it stronger.”

Yet he failed to mention the frank discussions about those who lost their lives in Tibet and Xinjiang and during the Cultural Revolution and the Great Leap Forward, and the mass killings of the followers of Falun Gong Buddhists.

The debates showed how deeply the Chinese government had influenced Canadian politicians — they demonized Japan over a past event but did not say a word about the ongoing atrocities in China.

With such “protectors” like the inept government, clueless cultural organizations, and ignorant scholars, the Japanese people have all reasons to worry. Lying to them that things are not as bad as they seem is not going to resolve their problems.

During World War II, the demonization of Japanese Canadians led to internment and confiscation of their property. With the multicultural self-destruction of Canada and increased influence of China, we can only guess what humiliation the Japanese Canadians and Japanese businesses in Canada will suffer in near future.