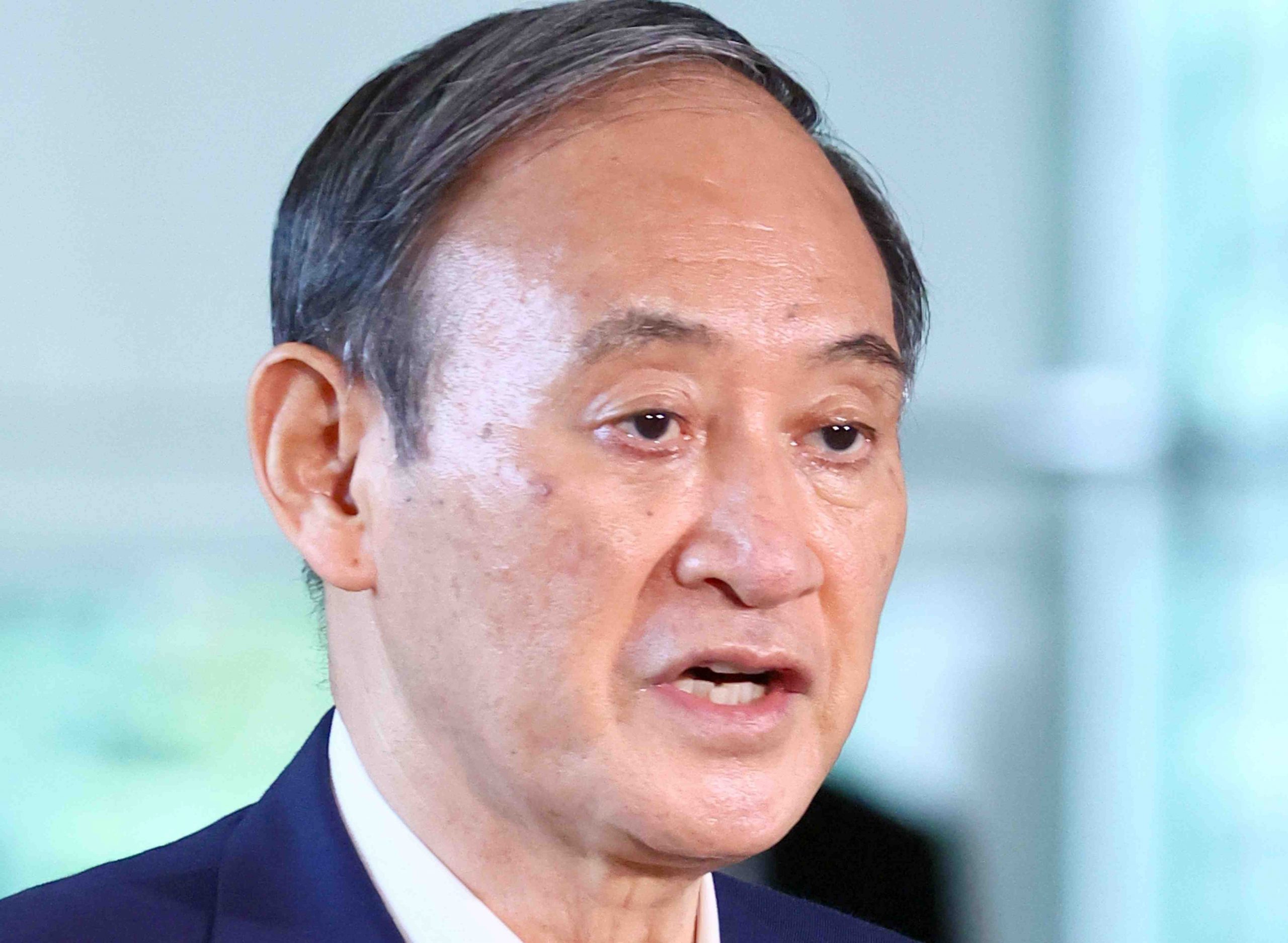 Just after 11.30 a.m. JST on September 3, it was learned that Japanese Prime Minister Yoshihide Suga has decided to step down from the party leadership and will not seek re-election in the late September contest. The announcement came as a shock for many.

The decision means that Suga will forgo his position as prime minister almost exactly a year after he started in office.

“I want to focus on COVID, and therefore I have decided not to run,” Suga told journalists just after 1 p.m.

The prime minister continued, saying: “Over this year of serving as prime minister, I have tackled various aspects of COVID-19 prevention policy. And the Liberal Democratic Party leadership election campaign starts on September 17.”

“One needs an incredible amount of energy to tackle the COVID-19 problems, and then campaigning. I concluded that I can’t do both, I needed to choose,” he said, adding:

“I have made a promise to the citizens that my absolute priority is to address COVID, and to protect the lives and livelihood of citizens. I plan to fulfill this promise.”

Yoshihide Suga is a member of the Liberal Democratic Party (LDP), which together with the minority party, the Komeito, makes up the majority in both the lower and upper houses of the National Diet.

Therefore, in the current political landscape, whoever becomes LDP leader is virtually guaranteed to be elected prime minister.

The seventy-two-year-old Suga had reached the top job by running in the LDP leadership race following the resignation of former prime minister Shinzo Abe in late August 2020. Abe stepped down due to health reasons.

After being chief cabinet secretary for seven years under Abe, Suga won the emergency party election in September 2020 by a landslide, and was subsequently elected prime minister in a special session of both houses of the Diet. His term continues until Autumn 2021, the end of the original Abe administration.

RELATED: The Man on Shinzo Abe’s Side: Yoshihide Suga, Top Bet for Japan’s Next Prime Minister

Almost a year later, in August 2021, the LPD executive committee announced that leadership campaigning would begin on September 17, with party elections on September 29.

Akita native Yoshihide Suga had publicly affirmed his will to run for a second term up to September 2, 2021. Only former foreign minister Fumio Kishida, who was also a leadership candidate in the 2020 race, had formally declared his intention to challenge Suga in the election.

However, on September 2, LDP Secretary General Toshihiro Nikai and other LDP leaders met with Yoshihide Suga in the party headquarters. Nikai later held a press conference to announce that Suga had communicated his decision not to run for LPD leader in the upcoming party election, so as to focus on COVID-19 measures.

Speaking to the press, Nikai commented on the news, saying: “Frankly, I am quite surprised. This is something that was decided by the prime minister after some reflection, so we plan to accept it.”

He also looked back on Suga’s performance as PM: “I think that over this year he has worked very hard,” adding, “He is someone with experience, and he wants to work hard and finish his term quietly. I think perhaps in a way, it’s very much like Suga.”

A Difficult Year in Japanese Politics

Yoshihide Suga took over as prime minister from Shinzo Abe at a difficult time for Japan, in the midst of the COVID-19 pandemic.

Months after he took over office, Japan was hit by several waves of infections, which forced the prime minister to declare sequential states of emergency.

RELATED: Japan Under Fourth State of Emergency Through Tokyo 2020 Olympics

At times the measures have imposed restrictions on different areas of the country, including limitations on serving alcohol, limited working hours for restaurants, and so on. The economic basis for the travel and hospitality industries has been particularly hard hit.

Suga has also coordinated an extremely efficient vaccination rollout which, despite its slow start, has achieved more than 130 million vaccine doses administered domestically, to date, and over 47 percent of the population fully vaccinated as of September 2.

Finally, perhaps more complicated still, he has overseen the execution of the Tokyo 2020 Olympics and Paralympic Games, with the Paralympics set to end on September 5.

He has also been working around the clock since taking office. It was reported on August 23 that Suga had worked for 148 consecutive days, overtaking his predecessor’s record of 147.

However, with accumulated COVID-19 measures, state of emergency declarations, the vaccines that have still not reached the younger demographic, and the raging Delta variant which is putting strain on the medical system, there has been a visible accumulation of frustration among the Japanese population.

Corona fatigue has increased, leading many to ignore the COVID-19 prevention measures, especially among the population in the capital.

According to an FNN poll on August 23, Suga’s support had dropped to 32.1 percent, with a 61.3 disapproval rating. This represents a huge difference from the start of Suga’s administration, when his approval ratings peaked at over 50 percent. Particularly noticeable was the disapproval of the COVID-19 policies, a whopping 70.4 percent.

In other news seen as a bad sign for the incumbent prime minister, the LDP was hit with an historic loss in the August elections in Yokohama, a Suga stronghold.

On September 17 the LDP leadership election campaign will start, with elections on September 29.

As of this writing, former foreign minister Fumio Kishida is the only formally declared candidate for LDP party leader, although there are signs that will change quickly.

Sanae Takaichi, former minister of interior, was the first LDP lower house member to express interest in running in the leadership race. She has also expressed confidence that she could achieve the minimum requirement of 20 party members supporting her candidacy.

In a comment to journalists following Suga’s announcement on September 2, Takaichi renewed her resolve in running for LDP party leader, saying: “There is no change in my decision, it’s something I have set my mind on doing.”

The general election is set to take place in October.