BOOK REVIEW | ‘The Iconoclast: Shinzō Abe and the New Japan’ by Tobias Harris 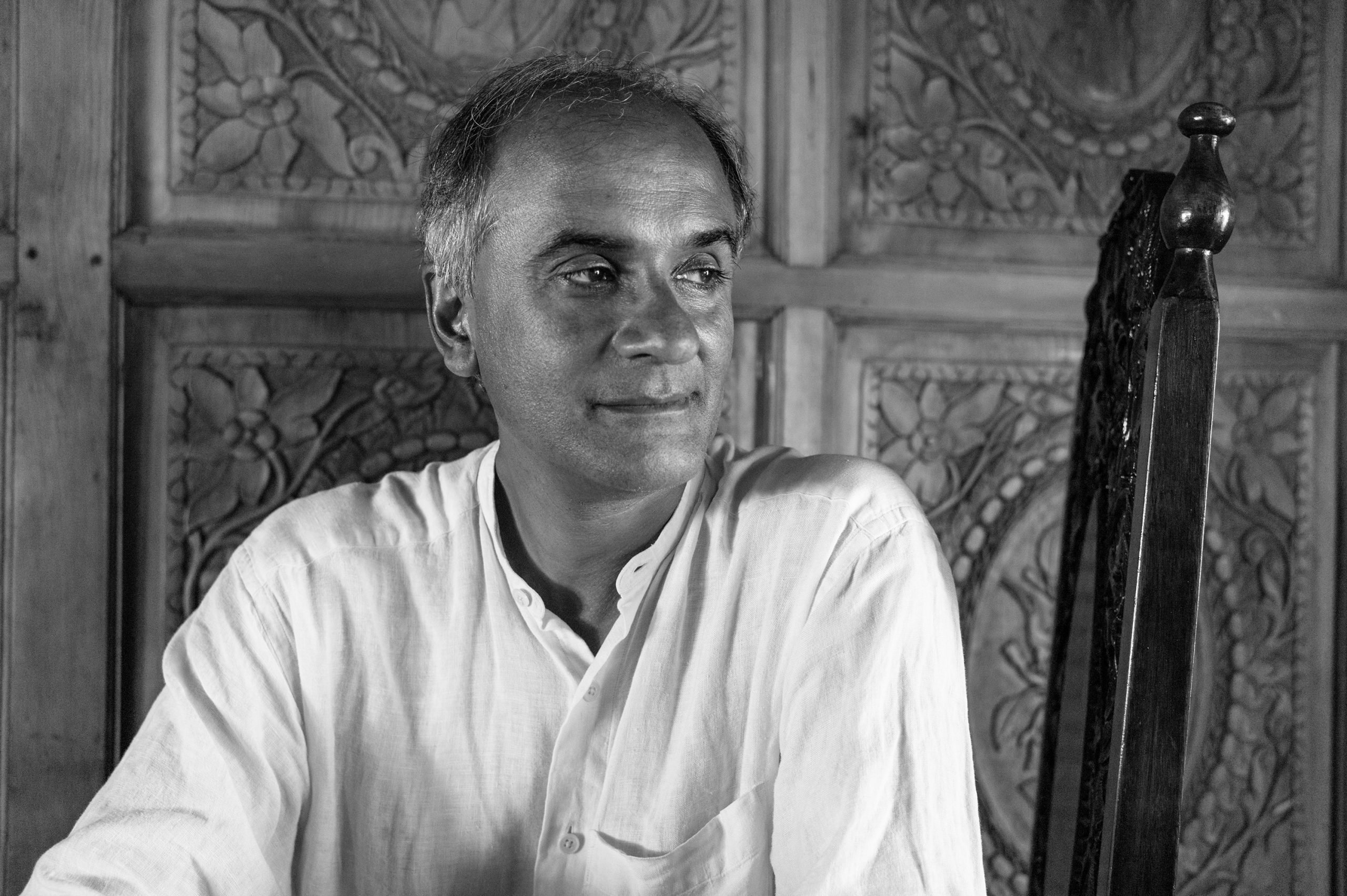 Pico Iyer is one of the most beloved and well-known travel writers in the world. One of Iyer’s most popular books, The Lady and the Monk (Vintage, 1991), is about his first year in Japan, more than 30 years ago, around the old capital of Kyoto. Since 1992, Iyer has lived part of each year in a suburb of Nara, the richly historical ancient capital of Japan 20 miles from Kyoto.

Here in Part 2 of their conversation, Iyer discusses Japanese writers and artists who have influenced his work, how Japanese speech customs affect his own writing, and his friendship with Nobel Prize recipient, British novelist Kazuo Ishiguro.

Which Japanese writers drew you to Japan? Which do you continue to read?

I loved Jun’ichirō Tanizaki, Yasunari Kawabata, and Yukio Mishima before I came to Japan, and now get less and less out of them. Much, perhaps, as I was intoxicated by the image of a Japanese temple, precisely because I knew so little of the reality.

Reading Kawabata in my teens, I shivered to the chill lyricism of his every sentence, and the way he left so much for the reader to complete. I’d never encountered pen-and-ink writing in my studies in English literature.

When I go back to him now, I’m struck more by the cruelty and perversity, because the shimmery surfaces are less novel to me, and I can perhaps attend more to what’s behind them.

What about Tanizaki? Any other writers from Japan whose work you enjoy?

When I spent quite a lot of time with Tanizaki three years ago, even his magnum opus The Makioka Sisters (first published in 1948, reprint by Vintage International 1995) seemed a lot less enchanting than it had been when I was living in New York. No longer was I fascinated by the kimono, the old-fashioned ways, the evocative details of inns and cherry-viewing festivals. Now I could see more how the epic novel ends with a woman throwing up on her way to her wedding.

I feel Haruki Murakami catches something essential about Japan — and the global suburb — but it’s precisely what is least interesting to me: the loss of soul, identity, and direction when one’s living a comfortable life amidst borrowed surfaces but has no real purpose in life.

The open-endedness of Yoko Ogawa haunts me, and I used to love Yuko Tsushima’s unembarrassed cries on behalf of mistreated women. I also spent some happy weeks with Natsume Soseki not long ago, and perhaps appreciated him more than I might have done before, precisely because he doesn’t deal in obviously Japanese trappings or stylings.

But I’m afraid I read much less Japanese writing than I used to, and am drawn more to, say, the films of Yasujiro Ozu, such as Late Spring and Tokyo Story.

In A Beginner’s Guide to Japan you mention the American artist Isamu Noguchi. What interests you about Noguchi?

Noguchi is a poignant figure, and he often seems to catch what someone like myself might see as deeply Japanese precisely because he wasn’t entirely Japanese. In other words, he offers a Westerner’s sense of what is gossamer and bewitching in Japan, much as the actor’s modern villa in Arashiyama, Okochi Sanso, looks more like my dreamed-of Kyoto than almost any of the ancient capital’s older buildings.

I feel Ishiguro is a true master, and catches Japan beautifully precisely because he’s catching the outline of the place — the allegories hiding within it and the ways it speaks for larger human tendencies — as perhaps only someone living very far away and drawing on a few years of boyhood memories can do.

Ishiguro is never writing about Japan as such, but rather about regret, guilt, self-deception: the universal emotions he evokes so overpoweringly. But I’ve been lucky enough to know him for almost 30 years, and I do find him deeply Japanese in his courtesy, his modesty, his deep attention to detail — and, of course, the way he sees the Western life most of us take for granted with slightly different, enquiring, foreign eyes.

The day he was awarded the Nobel Prize was one of the happiest days in recent memory for me, since I really do think of him as a kind of Buddhist sage (just the kind of description he would probably flinch from), sitting on a mountaintop and surveying the folly, the vanities, the sadnesses and hopes of mankind with unerring clarity and deep, if understated sympathy.

His last novel, The Buried Giant, reminded me of Samuel Beckett and King Lear on the heath in its undistracted intensity.

One of the themes of Autumn Light and A Beginner’s Guide to Japan is Japan’s immunity to irony. The way that one says a day is, simply, “hot,” or that something is, simply, “sad,” opens depths that the thickness of Western languages can obscure.

Yes. I also like, as I write, the fact that everyone will say, “It’s hot!” in just the same cadence and with just the same words, so as not to smudge or complicate the moment with the press of individual personality.

When I return to California to look in on my mother, every trip to a supermarket becomes fraught with all the personal dramas and losses and complaints of the lady (or man) at the check-out stand, who is eager to share the complexities of her or his life in elaborate detail and with a maximum of emotion, even with complete strangers. When I return to Japan and the corner grocery store, I’m so glad if everyone is just saying “Nice day!” in a tone that allows me to go about my business with a smile.

As for irony, I write as someone who grew up in England, perhaps the world capital of irony. England has mined irony for wonderful effects, and to me produces the richest and most shameless, often intelligent, comedy I know, from Monty Python to Borat.

But irony speaks for distance from the world, a reluctance to hazard very much and almost the impossibility of emotional intimacy.

Coming to Japan, where I feel sincerity and whole-heartedness are prized, is a huge liberation in that regard. Though foreigners are always tempted to regard this strange land with irony, I most appreciate that when, as in the writings of Donald Richie, the irony is deepened by affection and even love.

You say that Autumn Light and A Beginner’s Guide are opposite books in many ways. Would it have been possible to write one without the other?

In Kyoto I’ve heard it said that “every reverse has a reverse,” and I wanted to do justice to the wonderfully paradoxical nature of a society that plays such complex games with surface and depth — and to my own contradictory feelings (and thoughts) about it.

I also wanted to underscore just how unreliable and untrustworthy my own perspective is, and took pains to include one provocation and then its opposite throughout A Beginner’s Guide to Japan (Knopf Doubleday, 2019) in the hope that this would stimulate thought and discussion rather than close it down.

So, yes, the books could be said to represent heart and head, the part of us that is inside Japan and the part that will always be outside, the many ways (human and emotional) in which Japan is just like anywhere else, and the many ways (on the surface and in terms of cultural practice) it isn’t like anywhere I’ve seen.

Each book should be able to stand on its own, but as with any couple, my hope is that, taken together, they can make something even more intriguing and complex than the sum of their parts.