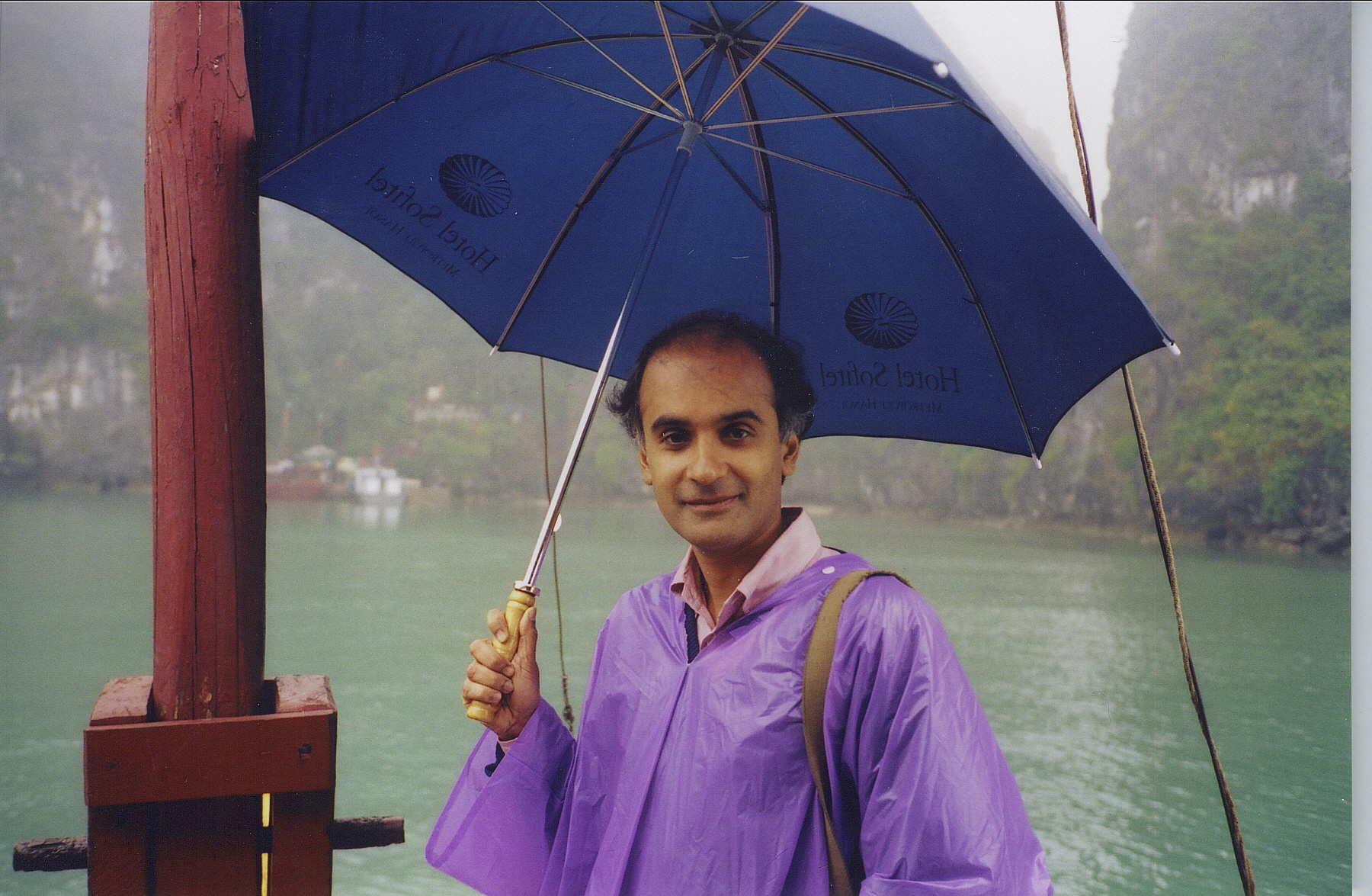 Pico Iyer is one of the most beloved and well-known travel writers in the world. One of Iyer’s most popular books, The Lady and the Monk (Vintage, 1991), is about his first year in Japan, more than 30 years ago, around the old capital of Kyoto. Since 1992, Iyer has lived part of each year in a suburb of Nara, the richly historical ancient capital of Japan 20 miles from Kyoto.

Here in Part 3 of their conversation, Iyer reveals which Western writers about Japan he most enjoys, how he managed to condense 8,000 pages of notes into a series of aphorisms in A Beginner’s Guide to Japan (Knopf Doubleday, 2019), and how his approach to writing has changed over time.

Many Westerners who have written about Japan appear in Autumn Light and A Beginner’s Guide to Japan. You mention, for example, Joseph Campbell, Arthur Koestler, Roland Barthes (indirectly), Lafcadio Hearn, Arnold Toynbee, Ivan Morris, Percival Lowell, Oscar Wilde, Robert Whiting, and Luis Frois. Which writer got it right? Which got it wrong for the right reasons?

I must say that I still cherish Basil Chamberlain, for his Meiji-period reflections on Japan. He might well strike modern readers as “right for the wrong reasons,” insofar as his sweeping judgments and his imperial assumptions do not fit today’s tastes very comfortably. But I think he intuited a lot about his adopted home, perhaps even better than his friend and colleague Lafcadio Hearn.

In much the same way, I love Edward Seidensticker’s books on Tokyo, though they’re willfully eccentric and opinionated and drawn towards nostalgia and the fading red lights of the low city.

And ever since my first day in Kyoto, in September 1987, I’ve felt that Oscar Wilde had a lot to say about Japan, even though he never came here, because of his gimlet eye for surface and for all the ways it says little about what’s beneath.

In citing foreign writers, often those from the distant past, I was really looking for openings that might be less familiar to many readers today, and for pithy, one-line provocations that throw open doors and windows.

When friends ask me for which books to read about Japan, I usually point them in very different directions.

What are some of those directions?

Towards American film critic Donald Richie in particular, such as his 1971 travelogue The Inland Sea, for showing us how to be a foreigner in Japan (or anywhere), not chafing against one’s separation from what’s around one and not passing withering judgments on it, but remaining forever amused, sympathetic, and light, aware that an outsider can see things that a native never might.

To me Richie belongs with Somerset Maugham, Christopher Isherwood, and Paul Bowles as one of the great writers on Abroad.

I might also direct a newcomer towards the firelit, fleeting short stories Angela Carter wrote in Tokyo in the 1970s. Carter’s stories don’t lend themselves to synopsis or sound-bites of the kind I include in my recent book, but they flash with intuition and a true writer’s perception. The subconscious of both writer and subject flicker into life in her work as seldom happens in the work of more analytical or professional observers.

It’s very often, in fact, women writers from abroad who seem to me to catch Japan with quiet understanding and depth. I love Martha Sherrill’s 2009 book Dog Man, telling the story of post-war Japan in a deeply human way, and Liza Dalby’s 1985 book Geisha. I will always read Diane Durston on Kyoto.

As I say in A Beginner’s Guide to Japan, an analytical approach to Japan feels to me like trying to eat noodles with a knife and fork. What I look for in foreign writing about Japan is someone who will eat the noodles and not even talk about how they’re different from the food back home (or not different at all), but catch what everyone around her is not saying.

How did you order the aphorisms and kōans in A Beginner’s Guide to Japan?

Many of my friends can’t understand how it took me 16 years of constant work to produce two very tiny books about Japan! But I was working with 8,000 pages of notes, quite literally, all stashed in the closet of our tiny, two-room apartment here in the suburbs, since I have made diary-records of almost every encounter, event, or emotion I’ve run into over my 33 years in Japan.

The challenge was to keep out as much as possible, and thus charge the spaces between the lines and the silences between the words. A room that has just been vacated feels very different from one that’s been empty for a long time.

The short phrases in A Beginner’s Guide to Japan glimmer with meaning. There were several different ways to read each one.

Thank you. As I trimmed and deleted, working from notes to draft, I was trying to find sentences that would work on many levels all at once. Thus my section on love hotels is meant to be a genuine guide to the casual visitor who finds himself lost in Kyoto on a Saturday night in November, when all hotels are booked, and wants to find a place to stay.

But it’s also meant to be a way of approaching the always rich distance between public and private in Japan, since red-light hotels are as flamboyant and imaginative and often outlandish as regular hotels tend to be by the book, flawless, and rather uniform.

To me, that’s how so much of Japan seems to be, as one’s confronted by scrupulously invisible public faces and wildly unexpected private passions.

How has your approach to writing changed over time?

When I wrote my first book, Video Night in Kathmandu (1989), I had an all-consuming job at Time magazine and I was 28 years old, so I had to write a 370-page book during three months of a leave of absence. My first book on Japan, The Lady and the Monk, which followed soon thereafter, was also written in a few months, as I included almost every last thing that had happened to me in my first year in Kyoto.

In both A Beginner’s Guide to Japan and Autumn Light I wanted to honor the Japanese aesthetic of a traditional tatami room, in which, the fewer things are present, the more one brings one’s undivided attention to every one of them.

In a conversation you were part of at the Asia Society in New York in October of 2019, you mentioned the importance of interspersing the aphorisms with brief stretches of paragraph prose.

I knew that an uninterrupted torrent of one-liners would be exhausting for the poor reader, so I wanted to break up the rhythm with micro-essays. And because, like most foreigners in Japan, I’ve read a lot of what has been written about the country in English, I wanted to make sure I wasn’t restating what has been said very often or stating the obvious again and again.

I was constantly trying to find fresh approaches to the subject, because so much of what is written on Japan seems to highlight the same features in different contexts.

I can’t say I succeeded, but I did hope that maybe a brief piece on my evening with Meryl Streep — in A Beginner’s Guide to Japan — would cast unexpected, elliptical, suggestive light on Japan without coming to any firm conclusions. And that baseball might reveal as much about the country as the LDP (Liberal Democratic Party) does.