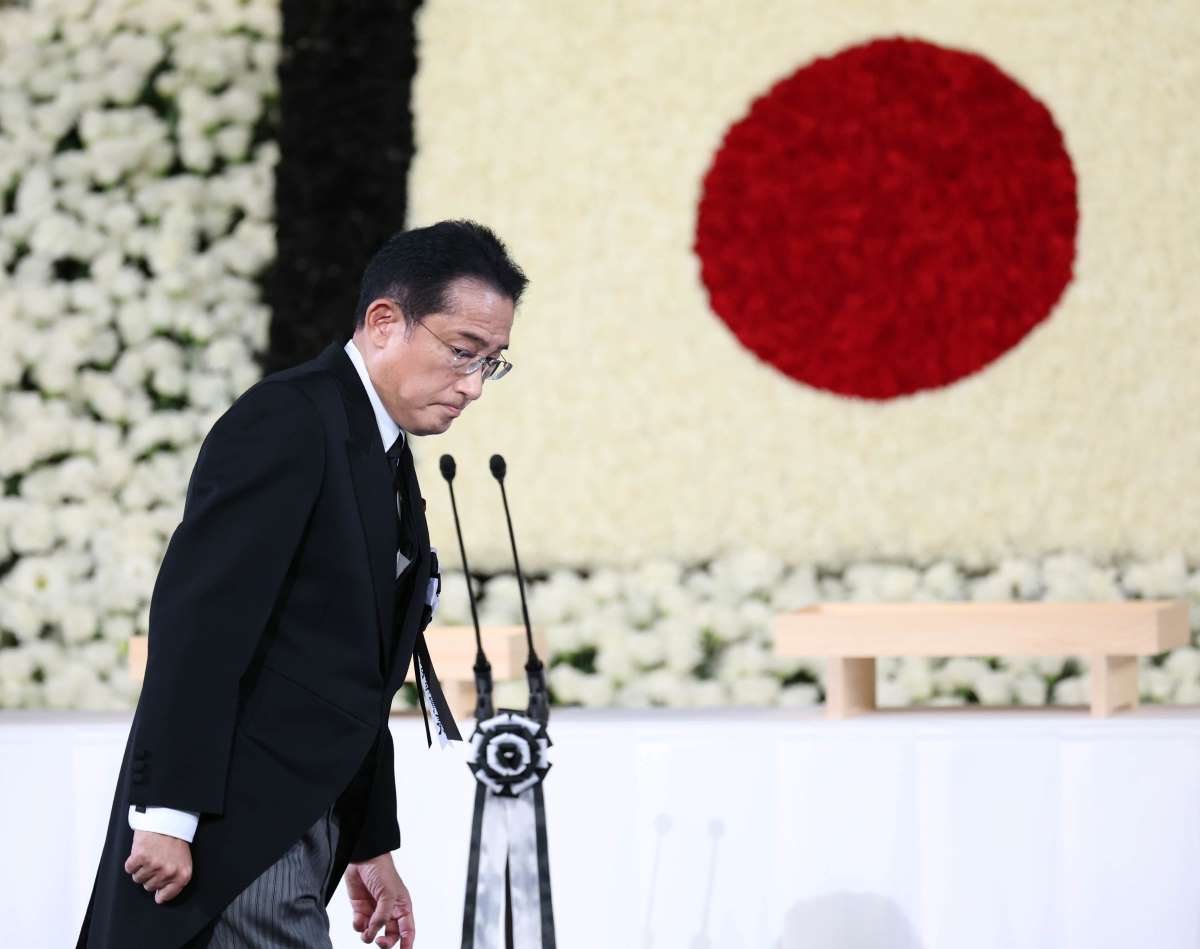 
At the State Funeral for former Prime Minister Shinzo Abe on September 27, the eulogy of his successor, former PM Yoshihide Suga, was particularly well received. This author took up the story in a September 28 column in The Sankei Shimbun. It was full of moving episodes that only Mr Suga could tell.

On the other hand, Prime Minister Fumio Kishida's official speech at the national memorial service did not attract much attention. Regardless, government officials and the Liberal Democratic Party​​ have been quite defensive about it.

“Mr Kishida's eulogy was also good. He had a different role, so you can’t compare the two eulogies., said a Cabinet official.

Significant Remarks on the Abductions

In fact, this writer feels that not only was it a meaningful eulogy, but it went one or two steps further than other speeches I have heard from the prime minister so far. I would like to acknowledge its significance.

First, the prime minister touched on the issue of North Korea's abductions of Japanese citizens, which Mr Abe was most passionate about as a politician. Kishida pointed out that Abe had been working on the issue since before he became a member of the Diet. Mr Kishida then made it clear that he would “do everything in my power" to fulfill Mr Abe's last wishes to see the abductees reunited with their families.

At the state funeral, the abduction issue was also featured in an 8-minute video reviewing Mr Abe's career. And it was mentioned in Mr Suga's eulogy as the reason behind his first meeting with Mr Abe.

The importance of the abduction issue must have been reaffirmed in the minds of the foreign dignitaries who attended the ceremony.

Freedom from the Postwar Regime

It was also significant that PM Kishida addressed the rarely discussed slogan of the first Abe administration, “Breaking free from the post-war regime,” which was behind a significant part of that Cabinet's achievements. Taken together, Kishida acknowledged its role in "planting the seeds for a new Japanese identity.”

Regarding the specifics of the achievements, the prime minister cited three points:

At the time, all of these themes were met with fierce resistance and opposition from the leftist press and intellectuals. By daring to emphasize these themes, PM Kishida has shown his determination to do what he believes is right from now on, even if national opinion is divided.

"A prime minister is not a metal casting that can be made by simply pouring molten iron into a mold. Instead, a prime minister is forged metal, which takes its shape only by being struck time and time again," PM Kishida quoted Mr Abe as saying.

Would it be a stretch to say that by quoting Mr Abe's words, Prime Minister Kishida was also indicating his own determination to become a forged product, even as he continues to suffer beatings?

A Free and Open Indo-Pacific

In his eulogy, the prime minister also referred to the “Quad,” the framework for cooperation among Japan, the United States, India, and Australia that Mr Abe had envisioned and made possible.

The words of the eulogy seemed to overlap with the state of diplomacy and the situation in the international community that is currently unfolding. According to a senior government official, the leaders present were unanimous in saying that they would carry on Mr Abe's political legacy.

"There is no question that many people the world over reminisce over you, talking about Japan by saying, 'When Mr Abe was prime minister' or 'In the Prime Minister Abe era'” stated Mr Kishida.

​​The government announced that a total of 25,889 people visited the public flower offering sites at Kudanzaka Park near the Nippon Budokan where the State Funeral was held. However, if those who gave up waiting in line due to the limits of time or physical condition are included, the number of people who went to offer flowers was much larger without a doubt.

I sincerely hope that the prime minister will not only remember and mourn the deceased, but also ー as he pledged in his eulogy ー move the country forward on the foundation laid by Shinzo Abe.