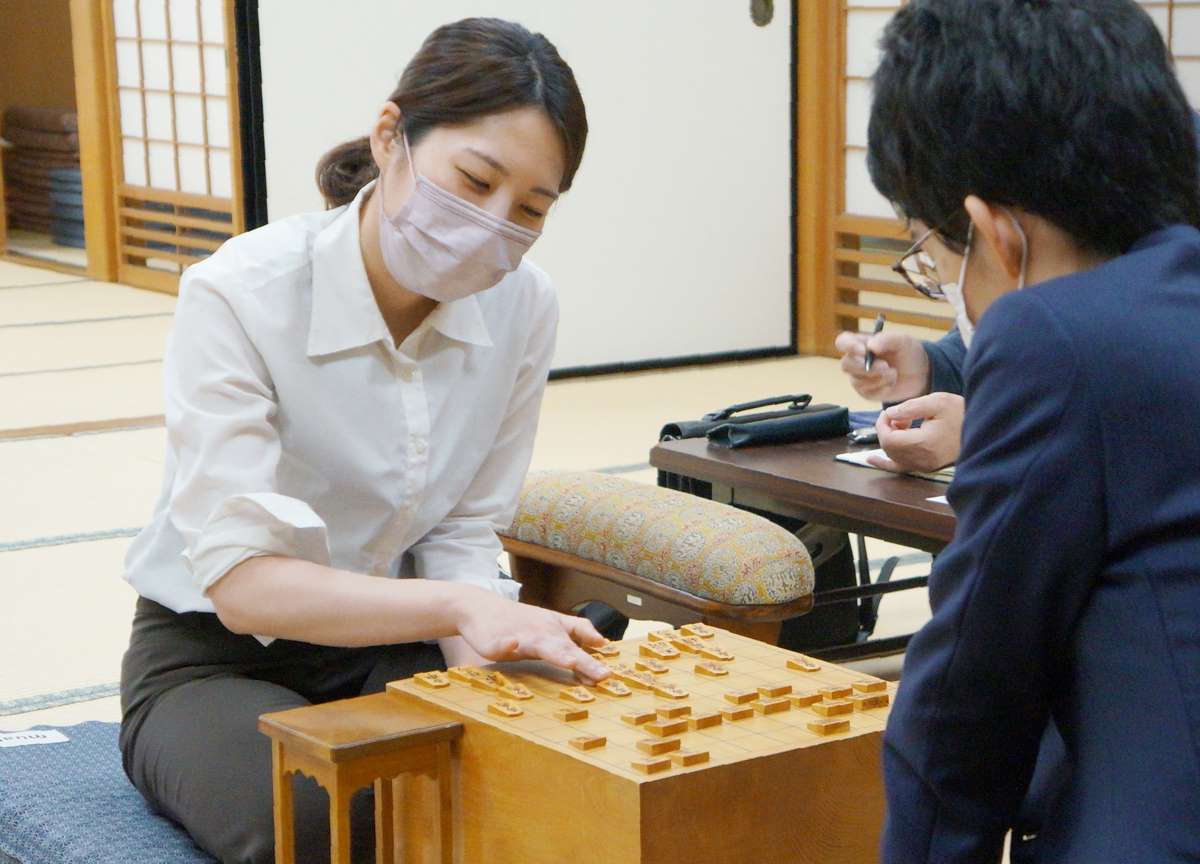 Kana Satomi, who won the qualifying final to take the shogi professional transfer exam, at the Kansai Shogi Kaikan in Fukushima Ward, Osaka, on May 27.

In the literary world, the word “female style” has long since become an obsolete word.

Women in Shogi and Go

On the other hand, in the world of shogi and go, the distinction is still very much used. In order to become a professional female go player, one enters tournaments for the general bracket or the “joryū (women’s style) bracket.”

In most general shogi tournaments, not to mention women’s tournaments, the women’s style players are in general measured the same way as male players. This also holds true for promotion rules.

In the case of go, however, there is also another option. Sumire Nakamura, who became the youngest professional go player in 2019 at the age of 10 and holds the rank of second-dan, entered the professional world through the “genius bracket.” It is a system newly established with the aim of discovering young prodigies and does not require a proficiency test.

In 2021, Nakamura’s record was 43 wins to 18 losses, placing her in 3rd place in the ranks of combined men’s and women’s combined titles. Performing as expected, she has qualified in 2022 as a challenger for the women’s Meijin title.

In order to obtain professional status in shogi, women players must move up the ranks in the 3-dan league of the shōreikai apprentice school or pass the professional transfer examination.

Even the women’s four-titleholder shogi player, Kana Satomi, 30, who had many women’s titles to her name, was one step short of achieving professional status through the shōreikai league, and finally had to withdraw due to the age limitation. However, due to her winning record, Satomi has since qualified to take the professional transfer examination.

In contrast to the world of go that opens its doors to women, meritocracy and gender equality seem to be more rigid in the shogi world. However, both go and shogi are suffering from declining numbers of competitors. At the same time, they share a common desire to reinvigorate their popularity through more focus on the success of women in their games.

Satomi is one hope. If she succeeds in winning three matches out of five during the August tournament, she will become the first female professional shogi player.

Satomi released a statement asking us to “observe the situation calmly.” But without a doubt, if she wins it will be the biggest frenzy since the Sota Fujii fever.