Shinzo Abe on His 8 Years as Prime Minister: ‘Many Challenges, But Also Successes’ 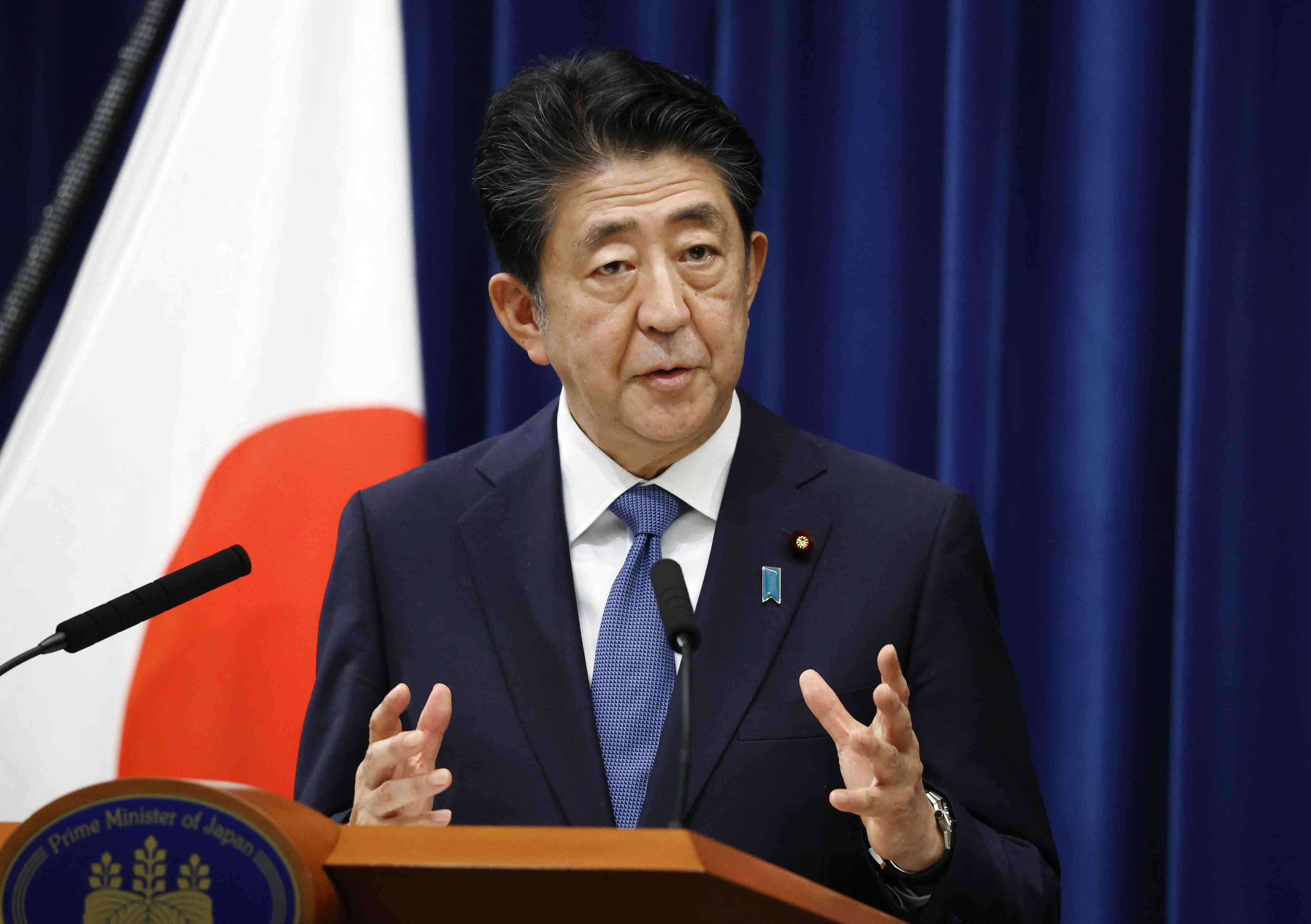 In politics, the most important thing is to give results. During my tenure of seven years and eight months, I have worked hard to achieve those results.

This was how Japanese Prime Minister Shinzo Abe summed up his term on Friday afternoon, August 28, when he announced his decision to step down due to the worsening of his ulcerative colitis.

Although he was bombarded with questions about his health, his next steps, and possible successor during the press conference, his address provided an occasion to reflect on his whole tenure as prime minister and his legacy.

As Mr. Abe emphatically stated in almost a cracked voice:

During these seven years and eight months, there were many issues that were challenging. With many challenges, there were also successes. This was thanks to the support of the Japanese people, and for that I would like to thank you all.

‘Regret’ on Failure to Resolve the Abduction Issue

Only 10 minutes into the press conference, Shinzo Abe acknowledged that there were some key goals which he regretted not achieving over his tenure this time.

First and foremost, he pointed to the unresolved abduction issue with North Korea, saying, “It was disappointing that I could not bring resolution to the abductees issue.”

Throughout his career as a politician, Mr. Abe has been a strong advocate of addressing North Korea’s abduction of Japanese in the 1970s and 1980s. He made it one of his top priorities as prime minister. He has worked tirelessly on the issue, together with international leaders such United States President Donald Trump and other allies at the United Nations, and with other leaders in the region, such as Xi Jinping and Moon Jae In. This effort in international relations resulted in the U.S. president personally raising the issue at least twice with the current chairman of North Korea, Kim Jong Un.

Yet, despite his efforts and broad international support, many victims of North Korean abduction remain in North Korea. Reflecting on this with a renewed sense of urgency, Mr. Abe said:

Was there another way? It was a complex issue, which is why it has remained unresolved. I have worked with the intention to try everything I could, tackling the issue from as many angles as possible. It is now a problem that has gathered international attention… However, with no tangible result to show the families [of the abductees], and with every person who passed away, it has given me personally great sorrow.

Commenting on Abe’s retirement on August 28, Tsutomu Nishioka, chairman of the National Association for the Rescue of Japanese Kidnapped by North Korea (NARKN) released a statement, saying the Prime Minister’s resignation was “disappointing.” He stressed that the country needed to move forward towards achieving a solution:

It gives me great sorrow that I am leaving office before solving the peace treaty with Russia, and the reform of the Constitution.

The sticking point with Russia concerns the dispute over Japan’s Northern Territories off the coast of Hokkaido, which were forcibly occupied by Russia at the end of the Second World War. This dispute has been brought up repeatedly in international negotiations by the Japanese government, but has never produced a tangible peace treaty returning the islands to Japan.

A third major goal of his administration has been constitutional reform, which Mr. Abe had always made clear as one of his top priorities. In particular, he sought to revise Article 9, which restricts Japan’s ability to participate in international peace missions and prevents it from being a full fledged partner in its own defense. At a minimum, he said, he sought to at least formally recognize Japan’s Self-Defense Force as a legitimate force for the defense of the country.

Shinzo Abe Pushes to Amend Constitution in His Last Year: ‘I Have Nothing to Lose’

Regarding the reasons for the lack of progress, particularly on constitutional reform, Shinzo Abe attributed it partially to inadequate debate in the public sphere:

I think, as a party, we managed to narrow down to four main issues we agreed on. On a national level, unfortunately, it’s true there was no rise in interest in the issue, without which of course there was no hope to progress further in the discussion.

Going forward, Prime Minister Abe renewed his wish to continue working towards the resolution of the peace treaty with Russia and the reform of the Constitution, as a member of the National Diet and a parliamentarian.

It’s undeniable that 2020 was a challenging year for any policy maker due to the COVID-19 pandemic. Leaders all over the world were told to step up and lead their countries towards avoiding potentially disastrous body counts, as the virus spread around the world early in the year.

When asked to reflect on his COVID-19 policy and some of the criticism he received for it, he said:

The virus was born in Wuhan…. Japan was among the first to experience this virus, and we tried to do the best we could…. I was criticized in various ways, including the handling of masks. But, thanks to that, we listened and tried to improve.

In April, Prime Minister Abe enacted an ambitious plan addressing various aspects of COVID-19 prevention and recovery. It included the delivery of fabric masks to all households in Japan, but this was widely criticized online and in the media because of delays, the small size of the masks, and other logistical hiccups.

RELATED ARTICLES: Japanese Approach to COVID-19 is An Amazing Success — There, I Said It

[Bookmark] A Tale of Two Ships: How the Diamond Princess Tackled the COVID-19 Outbreak

However, in the face of criticism, Prime Minister Abe pointed out ultimately the most important statistic was the death rate due to COVID-19. Japan’s low death rate compared to most countries was the standard by which he stood, and, following that criterion, his policy could be cautiously considered a success:

There were deaths, but the number was small…. I think, compared to other developed countries, we somehow managed to monitor the situation, while remembering that even going forward there is a lot to do.

Looking forward, Prime Minister Abe repeated multiple times during his press conference his wish to offer guidance to his successor to ensure a smooth transition, including on the future of the Tokyo 2020 Olympics and Paralympics.

I would like to see the Olympics take place with the athletes in prime condition and in a safe environment. I think that we have a responsibility to see through the drawing up of the roadmap ahead, working together with the IOC (International Olympic Committee), the Tokyo 2020 Olympic Committee, and Tokyo Metropolitan Government. Therefore, I want to work with the next leader to make that happen, and I am sure there will be a lot that we need to get it done in the process.

Tokyo Governor Yuriko Koike took the time in a press conference earlier in the day to acknowledge that Prime Minister Abe had helped to bring the Olympics to Tokyo:

[This news] is truly a shame. There are many issues regarding COVID-19 and the Tokyo 2020 Olympics and Paralympics which need to be discussed in collaboration with the government going forward. I want to continue working together with the central government, and the media, to bring to fruition these projects.

EDITORIAL | In the Buildup to 2021, Give Japan’s Paralympians the Support They Deserve

The big question that everyone was asking at the press conference was, of course, who would the next prime minister be.

Mr. Abe avoided mentioning names. He referred instead to how his decision to step down was taken abruptly and with urgency, and therefore little could be predicted at this time.

Regarding the nomination of my successor, I plan to leave the decision to the executive committee [of the Liberal Democratic Party].

However, when asked about what kind of leader would be desirable for the future of Japan, Mr. Abe listed some qualities which he thought were key:

I think that one should have a vision, and should be responsible…. But, importantly, being prime minister is not something you can do alone. I have managed to come here thanks to all those around me, so being a team player I think is hugely important.

During NHK’s vox pop on the street on Friday afternoon of Mr. Abe’s announcement, many citizens expressed disappointment that he was stepping down, saying that they were “shocked” and “didn’t expect it.”

However, possibly in a bid to quell the fears of some of his supporters, the Prime Minister concluded his address by expressing the hope that his treatment would be successful and his intention to continue working as a member of the National Diet.

The question of what comes next was also on the mind of LDP members, as the party called an emergency meeting Friday night to discuss the next steps for Abe’s successor.