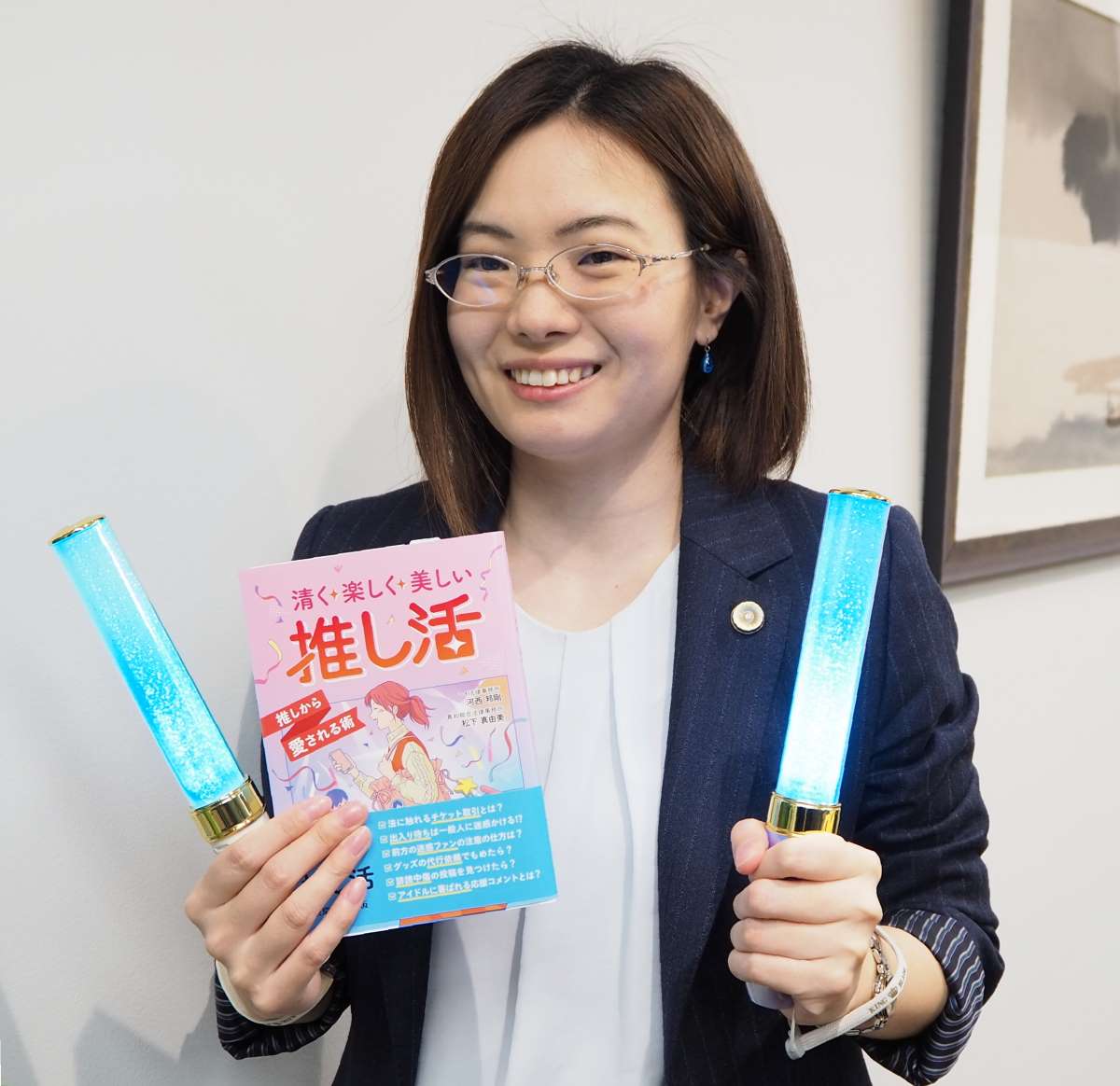 In recent years, phrases such as toutomi ga sugoi (“Too much preciousness”) or numa ni hamatta (“I fell into a swamp”) have become popular within Japanese fandom communities. But how do you say those in English?

As fandom propelled by Japanese otaku culture remains as lively and vibrant as ever, several books studying fandom culture have been published in 2022. Books on fandom English  help fans expand their circle of fandom friends worldwide, while books on fandom and the law help prevent the fan psyches from becoming reckless and nurture behaviors that are well-loved by their favorite idols.

These books allow readers to learn while enjoying their fandom, killing two birds with one stone. Even people who lose interest in things in a matter of days will be able to keep at it!

Johnny’s male idols, Sakamichi female idols, musicians, theater actors, athletes, anime characters, even the Imperial Family... So many different people and characters can be the target of idolization. But on the other hand, fandom-related issues have increased.

In September 2021, a 60-year-old woman was arrested for intimidation after she sent a knife to the leader of Junretsu, a male pop group especially popular with middle-aged and senior women. The woman was a member of the group’s fan club. She was enraged at jokes the leader made on stage about her favorite member, which caused her fan psyche to become distorted and go wild.

“For better or worse, we feel closer to the targets of our idolization than ever before. So we feel more empathy toward them, and this leads to fandom troubles. We can now connect with them directly on social media. But on the flip side, this has brought on flaming and abuse,” says lawyer Mayumi Matsushita, who is 33.

She authored the book Kiyoku Tanoshiku Utsukushii Oshikatsu (“Clean, Fun, Beautiful Fandom” in Japanese) alongside a senior lawyer, published in February by Tokyo Horei Publishing. The young lawyer is also a fervent fan of a female idol group and a concert-goer, and says, “Having a favorite gives us a lovely chance to release stress.”

Matsushita says she wrote the book because ”Being in a fandom is supposed to be fun. But some people happen to do things without ill intentions that cause issues or end up getting them in trouble. More than anything,” she adds, “they can hurt their beloved favorite. I want fans to learn about the law and ethics so that their favorite can love them.”

Leveraging her experience with idol clients, Matsushita explains how those who are idolized feel about fans’ actions.

The examples described in the book are very similar to those that happen within relationships or in everyday life: stalking, defamation, intimidation, obstruction of business, copyright and publicity right infringement, unauthorized reselling, and so on. Perhaps because of that, the publisher says, “We have received large-sized orders from educational facilities, such as university cooperatives, libraries, and the police.”

The book Sekai Ga Hirogaru Oshikatsu Eigo (“Fandom English Expands Your World”, published by Gakken Plus, March 2022) introduces 330 words and 477 useful phrases. It also includes a guide on how to write longer texts, such as fan letters.

The book’s editor, Miku Sawada, says, “We received many messages that made us happy, in which Japanese fans tell us that when they mustered their courage and emailed foreign fans of their favorite idol, they received an answer.”

This project originated from her own feelings of frustration whenever she tried to let foreigners know about what she loved about her favorite idol. “I was frustrated because all I could think of were trite phrases like ‘I love...’. I wanted to compile otaku words in a book so that I could express my passionate feelings to the person I was addressing, and understand their own passion. And as a result, we would feel closer.”

Sawada commissioned a group of female otaku, Gekidan Mesuneko, to take charge of supervising the project.

They created a poll asking fans what phrases they would like translated into English and extracted peculiar related terms from English fandom on social media. It took two years of work, but they found the common meanings behind the Japanese and English phrases.

During that time, an English dictionary editor and Americans familiar with otaku slang joined the team, and the first book about fandom English was born. The team also made it possible to download audio versions of the words and phrases.

Sekai Ga Hirogaru Oshikatsu Eigo ("Fandom English Expands Your World") went into reprinting within its first week of publishing in March. Available in paperback and digital formats, it had sold 23,000 copies in its first month and gone into further reprints.

As of June 10, the book continues to be ranked as a best seller, and is #1 in sales in the category of English Conversation for Travel of online retailer Amazon, for example.

Sawada says, “Even during the pandemic, otaku know no boundaries. I hope people will get connected thanks to our book.” Her words seem to echo the famous quote from the NHK asadora that ended a short while ago: “Studying English will take you to places you can’t even imagine.”