Celebrating Empress Masako On Her 59th Birthday: Half a Lifetime of Service 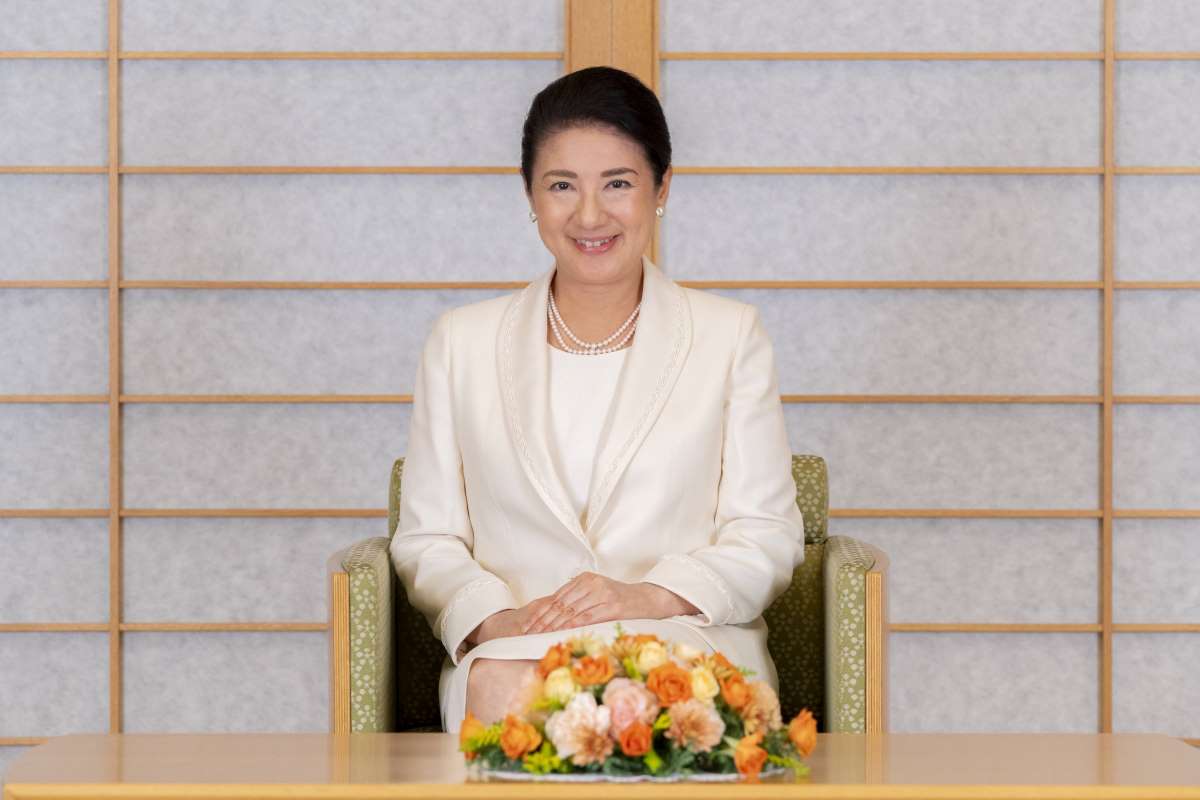 Empress Masako poses for a photo on December 5 at the Imperial Palace on the occasion of her 59th birthday. (© The Imperial Household Agency)

On December 9, Her Majesty Empress Masako celebrated her 59th birthday. A written statement of her reflections on this occasion was released by the Imperial Household Agency.

Her Majesty was especially pleased about the resumption of official visits to regional areas of Japan, which had been put on hold due to the pandemic."Being greeted warmly by the smiles of so many people from each region made me more happy and grateful than I ever expected,.

She visited Tochigi, Okinawa, and Hyogo prefectures in October and November of this year. Traveling overseas, the Empress attended the state funeral of Queen Elizabeth II in the United Kingdom in September.

Her visits within Tokyo also increased from 6 in 2021 to 26 in 2022. Unlike last year, she enjoyed the opportunity to meet with foreign heads of state.

In Okinawa, Empress Masako paid her respects at a battle site in the southern part of the prefecture. Afterward, Her Majesty changed into Okinawan kariyushi wear to engage with the local community. And she expressed her joy at being able to meet the people there.

She also wrote, "It was an opportunity for me to engrave yet more deeply in my heart the preciousness and importance of peace."

"I am keenly aware of the importance of everyone in the international community working together with respect for one another," she said, reflecting on the wars and disasters the world experienced in 2022.

Heartfelt Gratitude to Her Family and Japan

This year, Empress Masako also celebrated half a lifetime of being a member of the Imperial Family. She married then-Crown Prince Naruhito in 1993 at the age of 29 and a half. This doubly special occasion prompted her reflection. "I am deeply moved by the fact that I have spent exactly half of my life in the Imperial Family," she said.

The Empress also expressed her heartfelt gratitude to His Majesty Emperor Naruhito. Then she extended her feelings to the many others "who have watched over" her through "many times of joy, as well as times of sorrow."

On December 9, the Imperial Household Agency released the opinion of a team of doctors caring for Her Majesty. As it did in 2021, the Agency stated that Her Majesty was "on the way to recovery." It also reiterated the need for the Empress to continue treatment with the "understanding and support" of those around her.

The following is the full text of Empress Masako's statement as released by the Imperial Household Agency:

Her Majesty the Empress on the Occasion of Her 59th Birthday

I am grateful to be able to celebrate my birthday this year again.

This past year has been a very painful one. In addition to the ongoing coronavirus pandemic, international conflicts and natural disasters around the world have weighed heavily on my mind.

The loss of so many lives, including those of children, due to wars and conflicts around the world brings me great sadness. I am keenly aware of the importance of everyone in the international community working together, with respect for one another, toward the great goal of creating a peaceful world.

I have heard that in Pakistan, heavy rains during the summer flooded around one-third of the country, affecting 33 million people, equivalent to about 15 percent of the total population.

Many parts of the world, including other Asian countries, Australia, Africa, Europe, and the United States, have been affected by floods and droughts. Climate change countermeasures are urgently needed. To build a sustainable world, I feel that it is imperative for the international community to pool their wisdom, join hands, and cooperate.

The Preciousness and Importance of Peace

Japan, too, has experienced disasters this year, caused by earthquakes, heavy rains, and typhoons. I extend my heartfelt condolences to those who lost their lives and their bereaved families, and my sympathies to those affected by the disasters in other ways.

I was reminded once again of the profundity of Her Majesty's heart, her intelligence, and the magnitude of her presence, which guided her people for so many years. From the bottom of my heart, I respect and mourn her.

This year, Japan also celebrated 50 years since the reversion of Okinawa. I was pleased to be able to visit Okinawa on the occasion of the Autumn National Cultural Festival and the National Art and Culture Festival for Persons with Disabilities during such a year. It was an opportunity for me to engrave yet more deeply in my heart the preciousness and importance of peace.

Although the pandemic had prevented me from visiting regional areas for three years, I was able to resume my visits, starting with Tochigi Prefecture for the National Athletic Meet in October, and the National Convention for the Development of an Abundantly Productive Sea in Hyogo Prefecture in November. Being greeted so warmly by the smiles of so many people from each region gave me more happiness and gratitude than I ever expected.

On the other hand, the difficulties experienced by many people due to the pandemic and the recent high cost of living have been heartbreaking. I am also concerned about how children are impacted by spending three years with restrictions.

The year passed as if through an oppressive fog. But at the recent World Cup tournament, the Japanese national team put up an excellent fight amid enthusiastic cheers from the people of Japan. The team gave many people great inspiration, dreams, and courage to face difficulties, and also provided an opportunity for the people of Japan to unite their hearts.

Half a Lifetime of Service

Looking back on my life as I celebrate my last birthday in my fifties, I was exactly 29 and a half years old when I became a member of the Imperial Family on June 9, 1993, through my marriage to the Crown Prince. That means today, my birthday, marks exactly 29 and a half years since then. I am deeply moved by the fact that I have spent exactly half of my life in the Imperial Family.

My life has been filled with a great variety of events, both before and after joining the Imperial Family when I was 29 and a half years old. I have experienced many times of joy, as well as times of sorrow.

I express my heartfelt gratitude to Their Majesties the Emperor Emeritus and Empress Emerita for their guidance, and the Emperor and the many others for their support and for watching over me every step of the way, no matter what the circumstances.

My hope is that the coming year will be a peaceful and better year for the people of Japan and the world. I will continue to strive to fulfill my duties to the best of my ability, always praying for the happiness of the people of Japan.

I would like to take this opportunity to once again express my heartfelt gratitude for all your kindness and support.