China Reaches Out to India: Can the Dragon be Trusted? 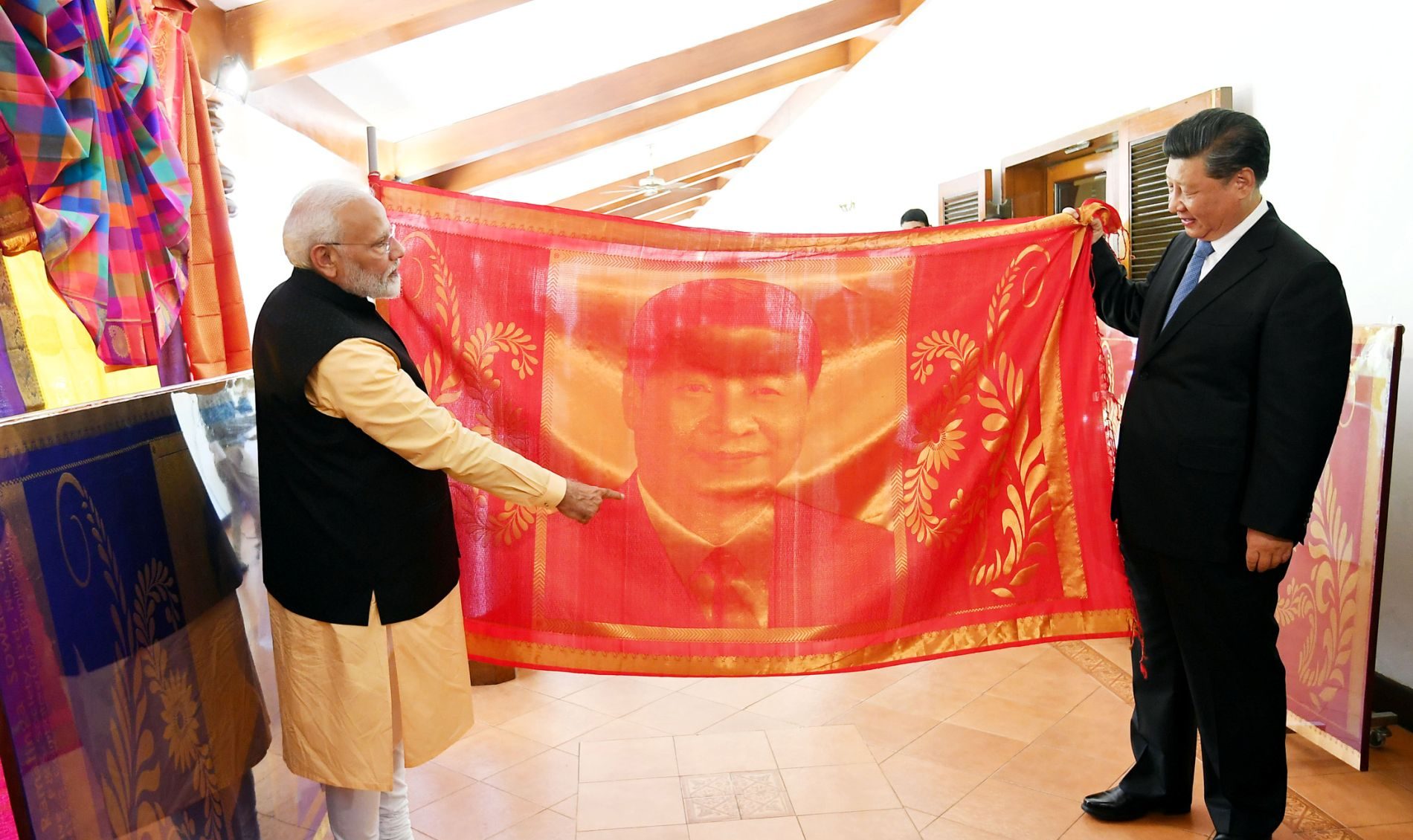 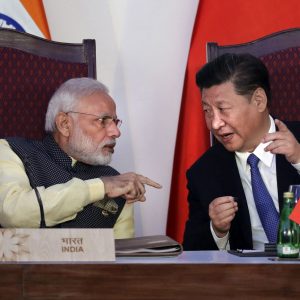 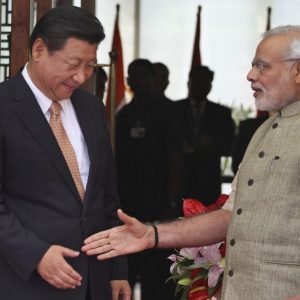 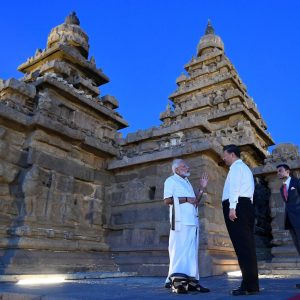 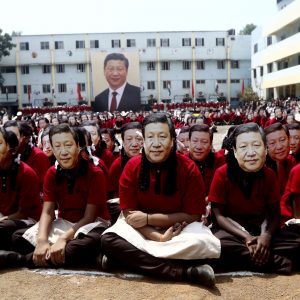 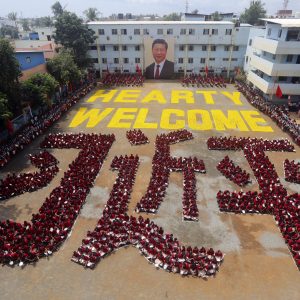 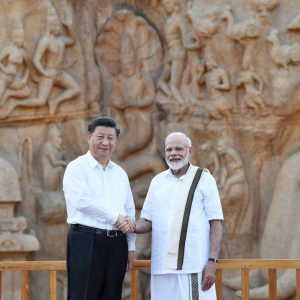 China Reaches Out to India 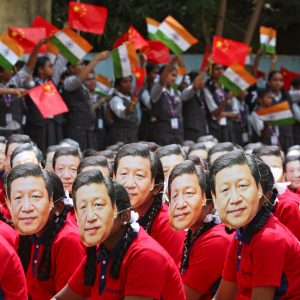 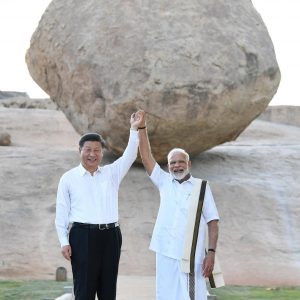 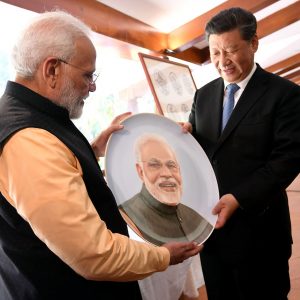 Chinese President Xi Jinping has just visited India for the second informal summit with Prime Minister Modi. Their meeting at Mamallapuram near Chennai has served to underscore the importance of the bilateral ties, which have been under strain on account of a host of factors.

The setting for the summit played up the long history of ties between the two countries. Mamallapuram was a historic port city under the Pallava kings of yore who are believed to have sent envoys to China in the distant past.

Since this was an informal summit, no joint declarations were issued at the end. However, an Indian Ministry of External Affairs (MEA) media briefing after the conclusion of the meetings lists the major takeaways from the informal summit from the Indian perspective.

One of the major takeaways was the fact that the two leaders did not discuss Kashmir. There had been some tensions between the two sides on the question of Kashmir in the run-up to the summit, as China was seen to be shifting from its traditional stance of referring to the dispute as a bilateral one between India and Pakistan. This came after New Delhi reorganized the border state of Jammu and Kashmir.

In addition, the huge imbalance in the Sino-Indian bilateral trade has been an area of concern between the two countries. In 2018, India’s trade deficit with China stood at a gargantuan $57.86 billion USD. In this summit Beijing conveyed that it was ready to discuss “how to reduce trade deficit.” It was also decided that a new mechanism would be set up to address issues related to trade, investment, and services.

The two leaders also agreed at the summit that there would be more engagement on the security and defense side, which would help build mutual trust. It is important to bear in mind that China and India have a disputed border.

It is also worth recalling that, in 2017, India and China came very close to a conflict in the Doklam region of Bhutan, after Chinese forces started constructing a road in that region and India objected. However, in a remarkable turnaround of events, the two sides were able to resolve the problem.

But Then Came Nepal

After India, President Xi went to Nepal, where he announced a slew of initiatives which may not be exactly music to New Delhi’s ears.

Apart from announcing financial aid worth 3.5 million RMB (about $500,000 USD) to Nepal for developmental projects, President Xi also announced that the feasibility study for a railway link between China and Nepal will start soon.

Nepal has joined the China-led Belt and Road Initiative (BRI), although at the same time it has an open border with India. This represents a huge threat for India.

New Delhi has not signed on to the BRI because of sovereignty concerns. On the BRI, the Indian Ministry of External Affairs had noted that “we are of firm belief that connectivity initiatives must be based on universally recognized international norms, good governance, rule of law, openness, transparency and equality.”

New Delhi needs to be aware that although informal summits like the Wuhan and the Chennai summits help to bring about a sense of stability in Sino-Indian relations, it would be foolhardy for it to think that they will bring around any real change in Chinese foreign policy towards India.

New Delhi is the only country in South Asia that can stymie China’s rise. And its growing closeness to Washington has caused some concern in Beijing. This may be one of the reasons why Beijing is reaching out to India.

In addition, the current round of trade sanctions imposed by the United States have also hit the Chinese economy, and India is a big market in its own right, which Chinese companies have been eyeing.

The Chennai Informal Summit is yet another example of what Prime Minister Modi has been successfully doing in the international arena — reaching out to the major powers in furtherance of India’s foreign policy objectives. The strategy aims to ensure a peaceful external environment, which in turn will aid India’s economic growth.

The important takeaway here is the fact that China and India have been able to frankly talk about the areas where they do not see eye-to-eye.

President Xi noted that “realizing a scenario where the dragon and the elephant dance together is the only correct choice for the two countries and is also in the fundamental interests of both countries and peoples.”

Both sides agreed on the importance of “having independent and autonomous foreign policies.” And therein lies the message — that both New Delhi and Beijing would pursue their own national objectives.

However, the fact that there was no concrete outcome from the summit shows that New Delhi will have to be careful about the Dragon’s real intentions in the region.

Propping up Pakistan, setting up bases in India’s neighborhood, and now enhancing its engagement with Nepal — these are clear signals that Beijing is trying to box in New Delhi, and signals that New Delhi can ignore only at its own peril.

Dr. Rupakjyoti Borah is a senior research fellow with the Japan Forum for Strategic Studies in Tokyo. The views expressed here are personal. Twitter @rupakj.