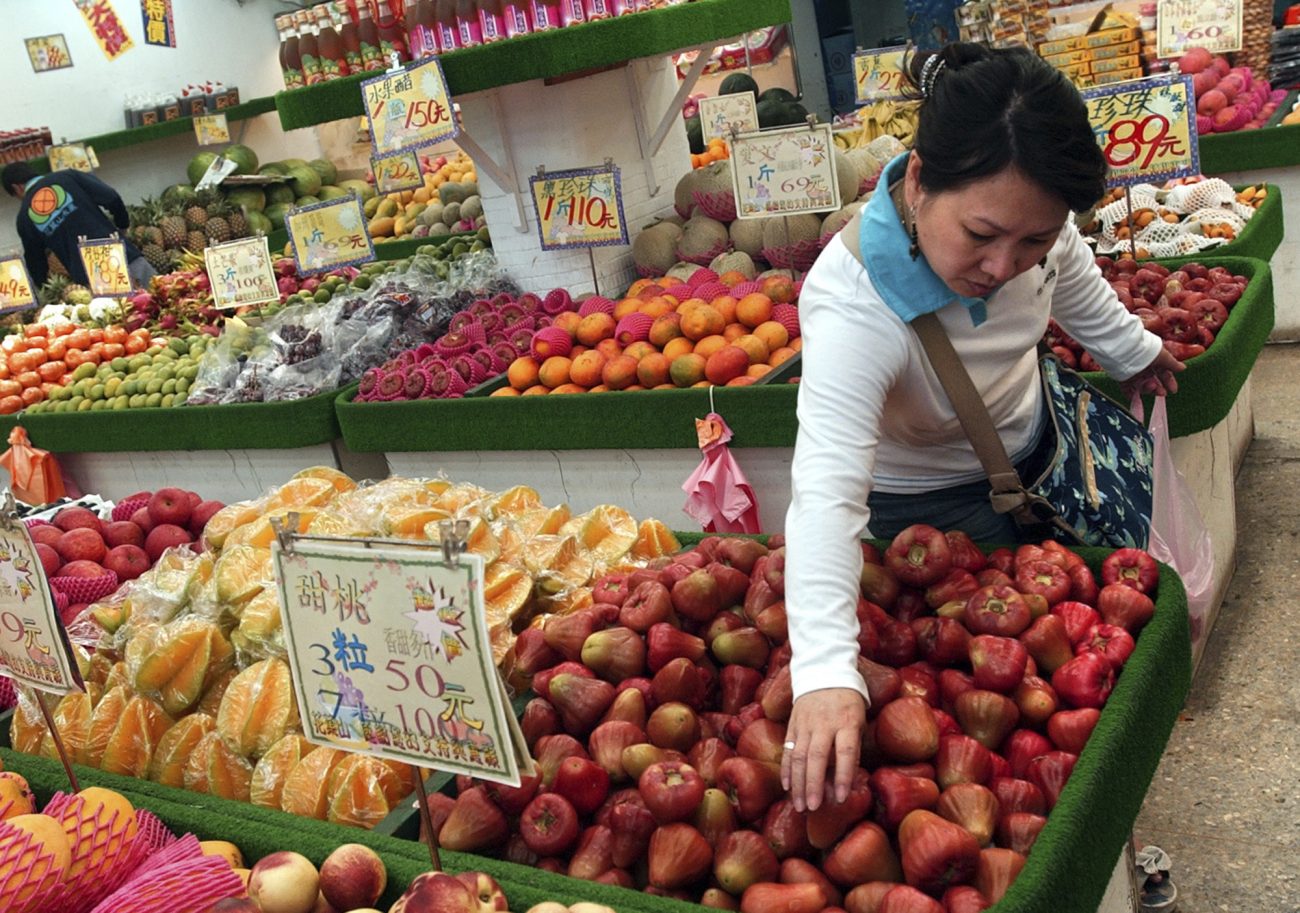 Taking advantage of the free market economy, many kinds of produce can be found for sale at markets in Taipei.

On September 16, the Chinese government suddenly announced its application to join the Comprehensive and Progressive Agreement for Trans-Pacific Partnership (TPP). But such a move was nonsensical from the start.

For a new applicant country to enter the TPP, an agreement must be reached by all member countries. But China has been causing trade friction with member countries since last year, including imposing aggressive sanctions on Australia. It will be extremely difficult for China to obtain Australia’s consent in future negotiations to join the TPP, but these obstacles were created by none other than the Xi administration itself.

In this way, it’s clear why China’s application was a sloppy move.

Factors that pushed China to take the plunge likely include the difficulties caused by the European Parliament’s decision to freeze the ratification of the EU-China Comprehensive Agreement on Investment treaty. The formation of the Quad, an alliance between Japan, the United States, Australia, and India to counter China, would be another factor. And the emergence of a new partnership between the United States, Britain, and Australia with a view to containing China, AUKUS, would also figure into China’s reasons.

In other words, China played the “TPP membership” card in a panicked last-ditch measure to break out of its encirclement in the Indo-Pacific.

The race to join the TPP began, and it was obvious at the starting line that Taiwan had the upper hand.

Taiwan has a thoroughgoing market economy, doesn’t need to worry about state-owned enterprises, has generally good relations with TPP member countries, and is not experiencing trade friction. The fact that Japan, the TPP’s chair this year, was the first to welcome Taiwan’s application is yet another tailwind in its favor.

In the near future, Taiwan will likely join the TPP first in a major blow to China.

Not only will this destroy the reputation of the Xi administration, but it will also lead to an even bigger problem for China. If Taiwan becomes a member first, China will find itself in the miserable position of having to beg for Taiwan’s consent to join the TPP.

For Taiwan, joining the TPP will mean a boost to its international presence, and becoming a member of a free trade bloc representing major Pacific Rim countries will make it difficult for the Xi administration to wage war in an attempt to annex Taiwan. Any reckless military action against Taiwan would provoke a fierce reaction from the regional international community, to the detriment of all member countries and the destruction of the free trade zone.

To summarize, by applying to join the TPP with an eye to break out of its encirclement, China inadvertently placed itself in an even tighter spot by provoking Taiwan to submit its application to the TPP.

Recently, everything the Xi administration does seems to backfire, both domestically and externally.

As for the free world, including Japan, welcoming Taiwan as a member of the TPP will be the best way to maintain long-term peace and stability in the Taiwan Strait.