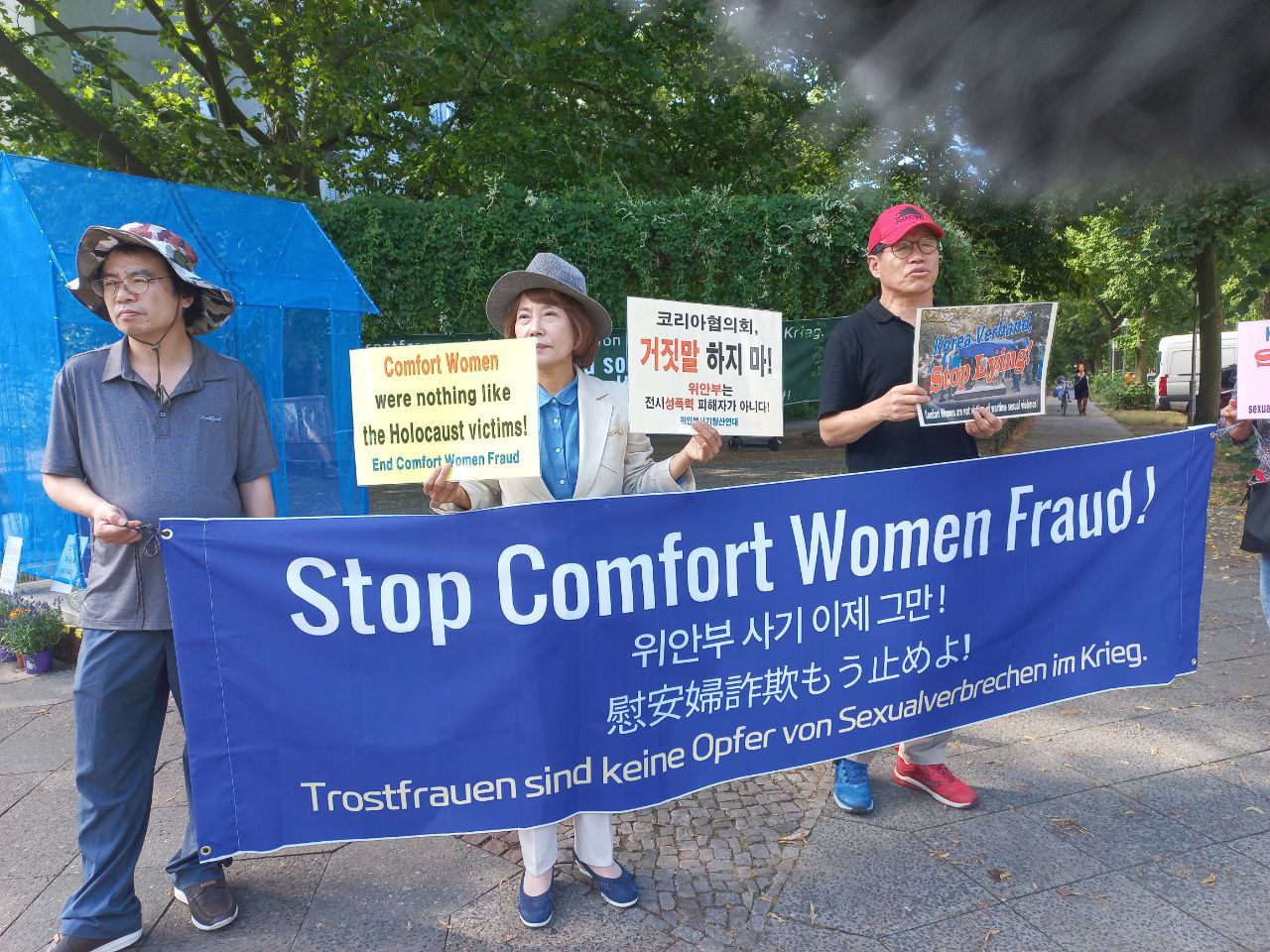 A protest calling for an end to the comfort women fraud in Berlin, June 2022.

"Comfort Women: The North Korean Connection" has evoked strong reactions after being published in August at Social Science Research Network (SSRN), a US academic exchange portal.

The paper of more than 60 pages was written by Professor Tetsuo Arima of Waseda University's Graduate School of Social Sciences and Professor J Mark Ramseyer of Harvard Law School.

In this JAPAN Forward article, Jason Morgan, an associate professor at Reitaku University, gives an in-depth analysis of the content and context of the ambitious work.

Professor Arima's summary of this paper is also available on JAPAN Forward in Japanese.

Drawing on a wealth of data, Arima and Ramseyer demonstrate how the topic of "comfort women" — prostitutes who worked at brothels near Japanese bases during the Second World War — only became an issue in the late 1980s and 1990s.

During that time, North Korea began its full-scale missile and nuclear development program. Also, Pyongyang's state-sponsored abductions of Japanese citizens came to light then. The "comfort women issue" became the perfect smokescreen for North Korea to divert attention from its illicit activities.

Professor Arima explains: "The comfort women issue is fundamentally a North Korean propaganda effort to create a divide between Japan and South Korea. It is not a war crime by the Japanese military. Nor is it a violation of human rights against women. And it does not even amount to a historical issue."

He then refers to the famous Kono Statement released in August 1993. In his speech, former Chief Cabinet Secretary Yohei Kono expressed remorse and apologized for the comfort women issue.

Arima says, "The Kono Statement was based on North Korea's scheming. It continues to slander the Japanese people. And it causes much distress to Japanese nationals residing overseas. It must be urgently revoked."

The false history manufactured by North Korea continues to inflame conflict and hatred. In turn, these threaten Japan-South Korea relations. In the meantime, the regime has advanced its nuclear and missile development programs.

The paper also names the Japanese and Korean citizens, organizations, and media who helped create the comfort women scam. They bear a heavy responsibility and must be held accountable, assert the scholars.

Like a mystery novel, the paper helps to put together the pieces of a hidden puzzle.

However, both Arima and Ramseyer have become targets of abuse for their fact-finding mission. They have been stalked and slandered on social media. Their freedom of academic research has been threatened.

But they have no intention of giving in.

Kim Byungheon explained at the Japan-Korea Comfort Women Symposium in Tokyo on Wednesday, November 16. More than 80% of the narratives on modern history in South Korea's textbooks are plagued with errors. Mainly, Kim said, the entries for history after the Japan-Korea Treaty of 1876 are thoroughly erroneous.

He also noted the absence of any historical records on the Japanese military forcing girls into sexual slavery. "Fallacious history" lessons, he asserted, are the biggest cause of the deterioration of Japan-South Korea relations.

"Now Japanese, US, and South Korean scholars are ready to work together to correct the lies of the comfort women issue," Arima added.

However, there has been a surge in attempts to erect comfort women statues around the world. It is not easy to overturn a false narrative that has been reinforced over decades. But the effort to rectify the past for the future is essential.

JAPAN Forward will continue to support researchers who shed light on the root of this issue by exposing the murky workings behind the false history.

Watch for the next issue on December 19.