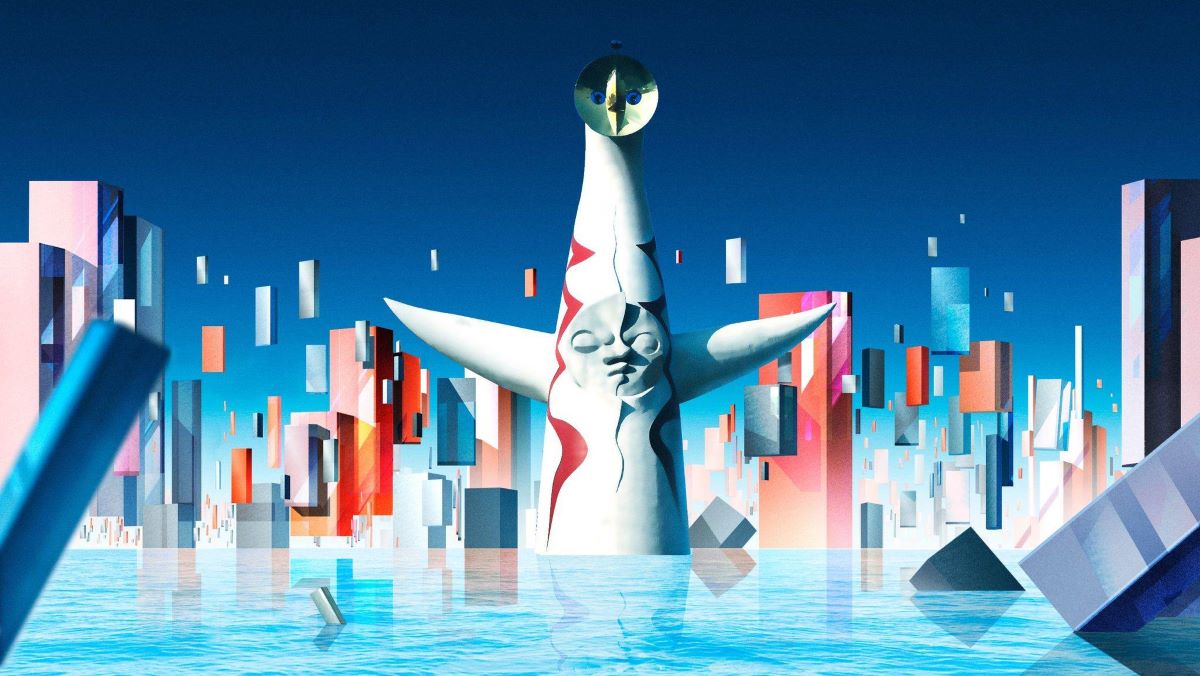 Osaka Prefecture and Osaka City have officially started preparations for the Expo 2025 Osaka Kansai in the Kansai region of Japan. They have set up a joint agency called the Expo Promotion Bureau that began its operations this January 1.

A virtual Osaka website was launched in December last year to gain momentum. The site provides 3D (three-dimensional) live coverage of the comedy competition called “M-1 Grand Prix” in a virtual space known as a “metaverse.”

The TV show features young stand-up comedian duos competing for the title of the best team in Japan. Hirofumi Yoshimura, the Governor of Osaka Prefecture, spoke enthusiastically of “building an Osaka Nation” with the legacy of the Expo in mind.

”I want the Expo to establish a durable connection between the things introduced at the event and our everyday lives, technology, economics, and the future,” said Governor Yoshimura in a press conference after the Osaka Expo promotion Bureau’s opening ceremony held on January 4.

He also declared, “[At the Expo,] we will gather Osaka’s most advanced technology and introduce it to the world.”

The ​​Osaka Expo Promotion Bureau links organizations within the prefectural and the city governments. It aims to maximize the Osaka Expo’s initial momentum and develop smoothly running local pavilions.

Osaka City Mayor Ichiro Matsui underlined the Osaka Expo Bureau’s significance saying, “By consolidating the office, we have created a centralized framework for passionate small and medium-sized businesses in Osaka to seamlessly take part in the Expo.”

Yoshimura added, “The prefecture and the city must join their efforts to rush towards the success of the Expo.”

Virtual Osaka will be the pillar of the city/prefecture’s collaborative enterprise. Yoshimura said, “Virtual spaces free from the limitations of physical distance and space have an extremely high potential.”

In order to give shape to the Expo’s concept, Designing a Test Environment for the Future Society for Our Lives, the government made it clear in its action plan guidelines formulated at the end of 2021 that this will be “a new World Exposition where the real and the virtual combine.”

Tentatively called the Cyber Expo, it will connect “reality” with virtual space, as proposed by the leading operator of the Expo, the Japan Association for the 2025 World Exposition. The Cyber Expo will be contained within ‘Virtual Osaka’ as its initial metamorphosis into virtual form.

Virtual Osaka makes use of the metaverse, a service in which people who are in the same 3D virtual space can interact in real-time.

This is said to be the first instance of a government body creating a metaverse space modeled after an existing city. Participants register an “avatar” that serves as their virtual identity. Through this avatar, they will interact with others.

In December 2021, the prefecture and the city unveiled the entrance area at the Tower of the Sun, the monumental symbol of the 1970 World Expo hosted by Osaka.

As an inaugural event, the stand-up comedy duo Milk Boy carried out alternative live coverage of M-1 Grand Prix’s second chance consolation round and finals on December 19 in the Virtual Osaka metaverse.

In the venue inside the virtual space, a big screen TV was present, and Osaka City’s ambiance was represented by its eat-till-you-drop visuals, such as its bright red lanterns and beckoning slogans such as, “Japan’s Best Takoyaki Pancakes.” As soon as the venue opened at 2 PM, many participants joined the event, and comments such as “I’m overjoyed that I can watch M-1 from abroad,” were posted.

Between the second chance consolation round and the finals, two avatars mimicking Milk Boy’s faces and hairstyles appeared, performing the duo’s classic sketch “Cornflakes” with Milk Boy’s actual voices. They were greeted with sounds of applause and whistles.

There were occurrences only possible in the metaverse, such as the moment when Takashi Utsumi, who was the jester of the comedic duo, scuttled away after someone pointed out to him, “You’re blocking the screen!”

Around 21,000 viewers attended the event at its peak participation. Officials from the prefecture and the city were relieved, saying that the opening event yielded a good result.

How will Virtual Osaka evolve? On the last day of February, 2022, Virtual Osaka was launched, and areas reproducing Osaka’s most famous spots are being added gradually.

Starting from April 2022, the operation will be outsourced to private companies to focus on enabling the virtual environment for general use after the Expo.

One of the goals for private contractors will be to develop commerce features based on the metaverse platform’s ability to process transactions beyond personal communications among avatars.

Analysts have pointed out the possibility of it expanding into a market worth ￥100 trillion JPY (around $879 billion USD) through marketplace transactions and the issuance of virtual currency. The large American IT firm Facebook changed its name to Meta to focus on its metaverse business. Japanese companies such as KDDI and Panasonic are also preparing to enter this market.

When it becomes possible to operate marketplace transactions in the metaverse with its high potential, the prefecture and the city governments aim to open up a path for local companies to participate in it through private operations.

Governor Yoshimura also has high expectations for reproducing popular tourist spots and promoting small and medium-sized businesses’ technologies in Virtual Osaka: “I want to create a second Osaka. It will also serve as a legacy of the Expo.” He added, expanding his vision:

We will create an Osaka Nation that removes the walls of language, ethnicity, and nationality. I would love for people to enjoy the events that happen in the virtual space and come see us at the real venue.

However, at the moment, this ample virtual space is just starting, anchored by the Tower of the Sun, and a handful of visitors.

A prefecture/city official hinted at impatience, saying, “We have to think of a way to constantly engage the local businesses and the citizens.” For starters, it looks like a mechanism is needed to keep people interested until the business is outsourced to a private company.

(This article has been updated to acknowledge the launch of Virtual Osaka on February 28, 2022. Read the report in Japanese at this link.)

The authors are reporters for The Sankei Shimbun City News department at the Osaka Headquarters.