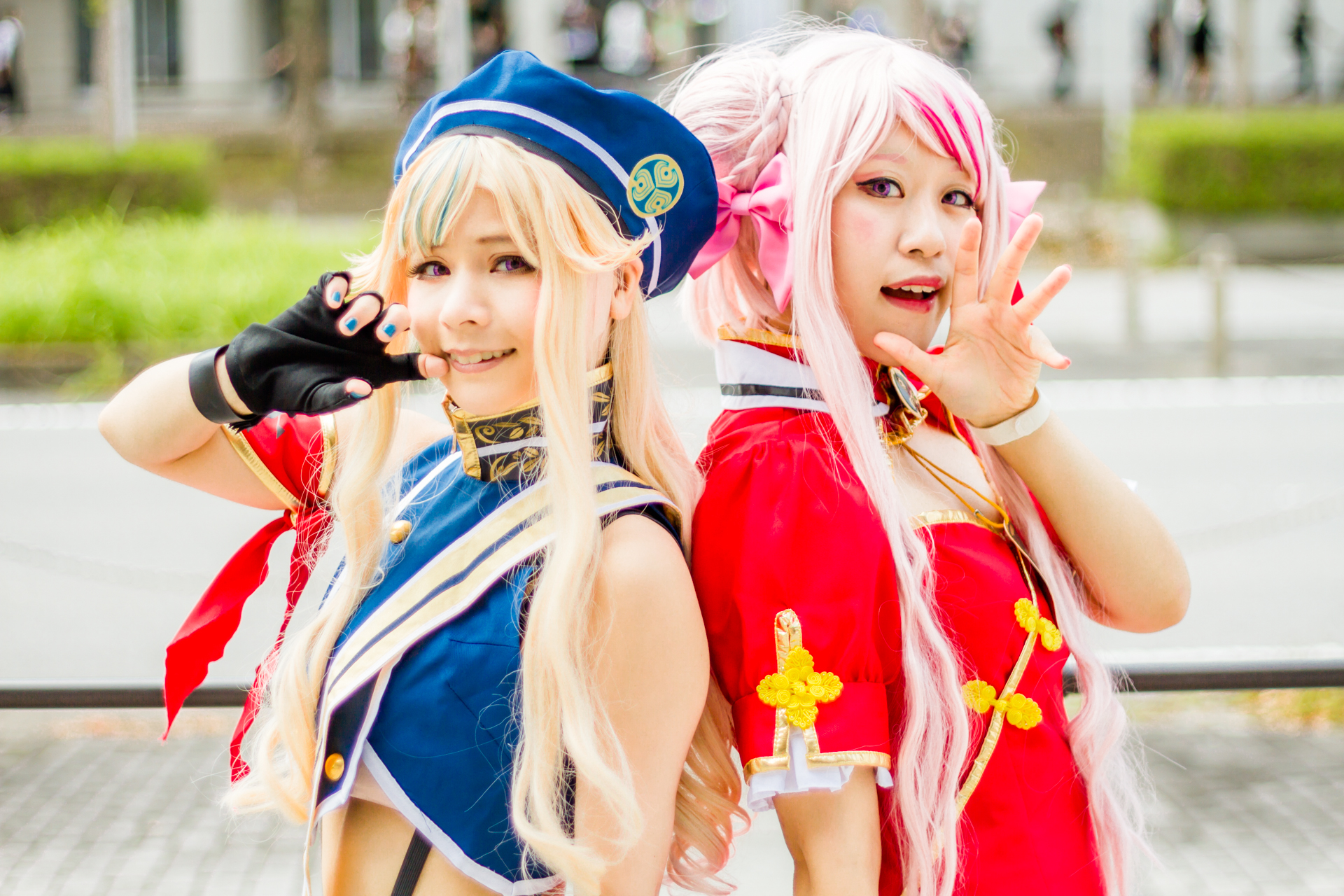 I am going to be completely honest: I was always a little intrigued with the idea of cosplay. Perhaps it was because I was never brave enough to attempt cosplay myself. Whenever I saw it, there was an element of fascination with the unknown.

But also my perennially cynical self never fully understood why so many people would want to dress up like characters they loved — to the extent of putting in contact lenses, spending hours on costumes, and sweating in the mid-September sun.

It was in this spirit that I headed to Makuhari Messe in Chiba Prefecture on Saturday, September 14, to cover the Tokyo Game Show, an event which has taken place every year since 1996. Spanning a period of four days, the first two days are exclusively for businesses and the last two are open to the public. There is one key difference between them: the public days feature cosplay.

Makuhari Messe, an international conference center which sprawls across 11 halls, is hosting 655 exhibitors from 40 regions with 2,417 booths for this event. It is enough to make anyone feel slightly overwhelmed. Those who want to admire cosplayers in all their showcasing splendor, however, have to head outside, to the area in front of halls 9, 10, and 11.

The impact was astounding. It was a parallel universe where all the characters from video games, popular manga, films, and TV series came to life and strolled around, then visited the game show as if ordinarily going about their business.

There were of course people cosplaying the big titles: Dragonball and Pokemon. But then there were the much-awaited titles of 2019, such as Norman Reedus, the main character of Hideo Kojima’s solo project “Death Stranding.” Then there were also numerous people cosplaying as “Final Fantasy” characters, perhaps attuned to Square Enix’s remake of “Final Fantasy VII” earlier this year. There were also characters from “Dragon Quest” present in the cosplay area.

The enthusiasm was infectious, and people showed their appreciation for various cosplayers by queueing patiently (sometimes as many as 30 people in one line) to take a picture of a cosplayer. The person posing at the end would often promptly display their SNS details to increase their online following.

Although originally coming from the words “costume” and “play,” cosplay at TGS appeared to be more of an energetic form of fandom.

Tom Badgerlock, a 35-year-old from Serbia, who dressed as the character Kratos from the “God of War” series, explained, “I really like the game, so as a tribute to the creators I chose to dress as this.”

But it seemed that it was also more than that.

A cosplayer, who prefers to go by the name Goose, told us how she was dressed as her favorite character in a video game she used to play when she was in middle school.

“Seeing myself in the mirror looking like a favorite character, I feel so excited, it’s completely different from what I am used to seeing, and it kind of helps me accept how I look,” she said.

Others, such as Taylor Fahr, 27, from New York State in the United States, claimed she made her own costumes, which for her was a very creative process.

But mainly it seemed this was another way of self-expression.

Bubbly and full of energy, Fenix D’Joan, whose cosplay name is Queen Fenix, told us how it was a way just to be herself: “I was born in a house made for cosplay. My mother was a seamstress, and I decided that I wanted to be Storm from the ‘X-Men.’ So I was like ‘WIND!’”

The rest was a history of creating costumes and ending up in Japan to live and work, which fostered D’Joan’s love for cosplay.

I may not have tried cosplay for now, but I learned much more about it at Tokyo Game Show 2019. For adults — perhaps with a twinge of the child that used to be in them — it is yet another way to express themselves.