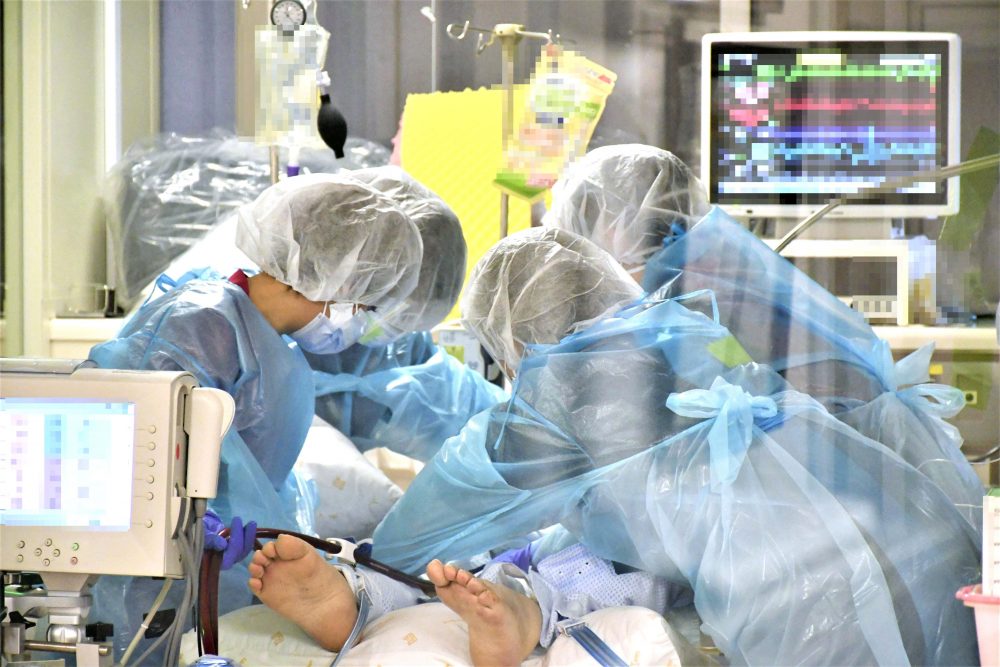 ~Doctors say the ‘GoTo’ tourism campaign has contributed to people letting their guard down with the virus.~

Cases of COVID-19 have been rising as winter gradually takes hold in Japan, and several experts are sounding the alarm that the medical system is approaching its breaking point.

On December 4, Tokyo registered 584 new cases of COVID-19 — a daily record since the start of the pandemic. The number of serious cases remained stable at 55 people.

Osaka has reported a growing number of infections, oscillating around 400 cases a day since the end of November. On December 5, the new daily infections were at 399.

Sapporo, the largest city in the northern island of Hokkaido, has also seen a rising number of new infections since the beginning of November. As of December 6, the new daily cases were still 133.

The worrisome trend is visible not only in these three major cities. Japan as a whole has experienced around 2,500 new cases daily since the end of November, with the cumulative number of serious cases nationwide reaching 500 people, the highest level since the start of the pandemic.

Prime Minister Yoshihide Suga addressed the situation in a press conference on December 4, marking the end of the National Diet session for the year: “The number of newly infected people and the number of severely ill has reached a record high, and we are remaining vigilant. Since last week, beds for severely ill people have begun to tighten, and we are responding with a strong sense of urgency.”

“The medical system is currently under pressure and, depending on the region, the situation is quite serious. Since our absolute priority is to save lives, we are doing all we can to provide sufficient medical facilities…. We are working together with local governments and sharing relevant information,” he said. 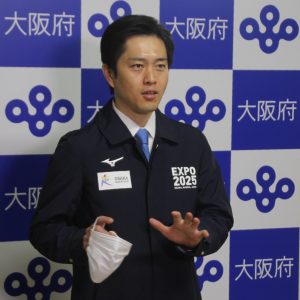 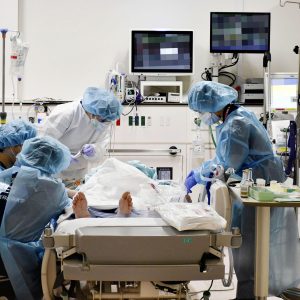 Osaka and Sapporo, both hit hard by the current wave of infections, have taken additional decisive steps to stop the spread of the virus.

Osaka Governor Hirofumi Yoshimura declared a city-wide state of emergency, asking all citizens to avoid unnecessary movement and outings from December 4 to December 15. In the independently set up “Osaka Model,” this is equivalent to a “Red Light alert” — a particularly critical situation which the city has reached for the first time since the start of the pandemic.

The alert level stems from the increase in serious cases, which are putting pressure on area hospitals.

According to data released by national broadcast outlet NHK, there were 136 serious cases in Osaka, occupying 82.9% of available critical care beds.

In Sapporo, after cases surpassed 100 a day for seven consecutive days, Governor Naomichi Suzuki asked residents to avoid movement in and out of the city, as well as refrain from all unnecessary outings.

Since November 26, Osaka and Sapporo have already been excluded from the “GoTo Travel” campaign, a measure designed to boost domestic tourism.

In a press conference on December 4, Minister Nishimura explained that the new norms were a short-term policy so as to keep damage to the economy under control.

“If we don’t decrease the overall number of infections, the number of serious cases won’t go down. We need to pull the break now, early on, so as to also keep damage to the economy to a minimum. And for that I would like to ask the cooperation of all citizens,” he said. 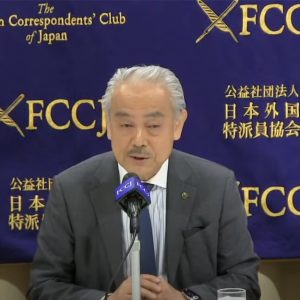 Haruo Ozaki, Head of the Tokyo Medical Association, holds a press conference on December 4 at the Foreign Correspondent's Club of Japan 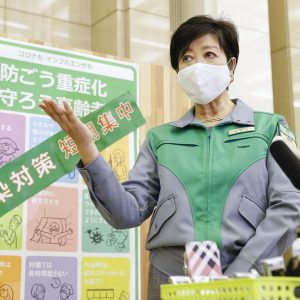 “Technically, there are 150 usable beds, but in reality only 100 are readily available. If you consider that we already have 57 serious patients, that is equivalent to more than 50 percent capacity,” he said.

He cited the example of a patient who came into one emergency room with bleeding in the lungs. Doctors contacted six hospitals in an effort to secure treatment for the patient, he said, but were refused by all because the available beds were already occupied by COVID-19 patients.

“We are already seeing how non-COVID-19 patients are unable to receive the medical treatment they require because of the situation,” he added.

Tokyo Governor Yuriko Koike, appearing on the nationally broadcast NHK December 6 talk show, pledged to increase critical care beds from 150 to 200 in the whole of the city. She also promised to increase overall beds from 2,600 to 3,000, adding an extra ￥130 billion JPY (approximately $1.25 billion USD) to the city’s budget to deal with the medical crisis as the end of year approaches.

Noting what’s coming in the New Year, Koike added: “With the Tokyo Olympics and Paralympics, there will be more visitors arriving from abroad. We consider the [national] government’s cooperation on the issue of medical examinations to be especially important as it decides upon the policy for entry to Japan.”

Currently, the metropolitan government is asking restaurants and establishments that sell alcoholic beverages to close before 10 P.M.

Prime Minister Suga is also asking vulnerable populations over 65 years and those with pre-existing medical conditions to refrain from using the “GoTo Travel” campaign from December 2 to December 17.

Gaining Control Before the Year’s End 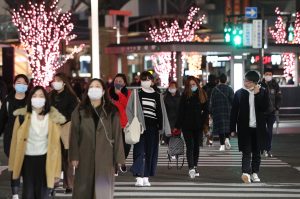 Crowds in Kyoto as Holidays Approach

As the curve of new infections is showing no signs of abating, many netizens and experts are pointing fingers at the “GoTo” Campaign — a ¥1.35 trillion JPY ($13 billion USD) scheme designed to help the battered tourism industry in the wake of COVID-19.

The campaign has single-handedly brought relief to one of the worst hit economic sectors in Japan. The Prime Minister defended the campaign in his December 4 press conference, saying it had helped to revive one of the most important sectors of the economy.

But concerns have also been raised about whether it’s helping to bring infections to regions where the virus would otherwise not circulate.

Professor Shigeru Omi, head of the government subcommittee on COVID-19, highlighted the importance of reducing the movement of people, even as he agreed that it was important to carry out several measures to stop the spread of infection.

“‘GoTo Travel’ is a focus of society, but it is essential that we quickly reduce the movement and contact among people, including from ‘GoTo,’ to help calm the infection over a short period of time,” he said on December 6.

Haruo Ozaki, president of the Tokyo Medical Association, reiterated this perspective two days earlier at a December 4 press conference, emphasizing that although the campaign was not all bad, it was contributing to people letting their guard down with the virus.

“When we look at ‘GoTo,’ whether it’s for travel or eating out, it’s actively promoting [risky] behavior as it offers a bargain,” he said.

He added that the campaign was a “factor in loosening people’s will to comply,” noting that “compared to previous surges, there is a feeling among people that the spread will calm down on its own.”

Pausing the campaign — particularly in certain areas like Tokyo, Chubu, Hokkaido — would discourage eating out after work and other situations which could increase the spread of infection, he said.

Ultimately, especially as Japan enters the year end holidays, it is the behavior of residents over the next few weeks that will determine the curve of infections in Japan.