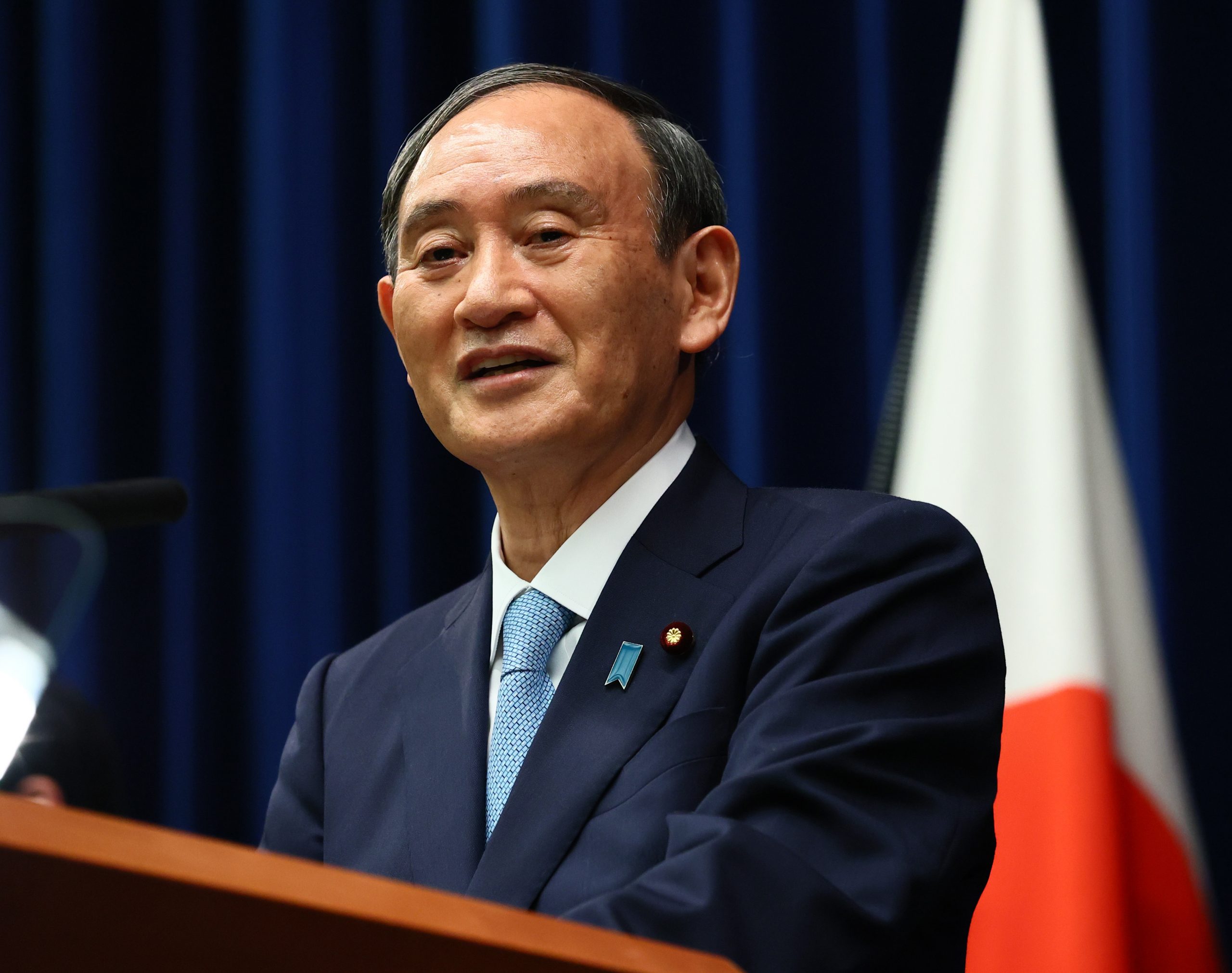 Yoshihide Suga, in a press conference on September 9.

Prime Minister Yoshihide Suga held a press conference on September 9 to announce the extension of the COVID-19 state of emergency measures, which were due to expire on September 12.

The measures, which now continue until September 30, cover 19 prefectures including major urban areas such as Tokyo, Kanagawa, Kyoto, Osaka, among others.

Other areas, such as Toyama, Yamanashi, Aichi, Kochi, Saga and Nagasaki will see the end of emergency restrictions as previously scheduled on September 12.

The reason for extending the state of emergency, Suga explained, is that the numbers are still not low enough to warrant the end of the emergency measures, even though in recent days there has been a decrease in new daily infections.

In fact, on September 8, nationwide Japan recorded 2,211 serious infections, which has put a serious strain on the medical system.

“It’s been a year since I have taken office, and during that time, it’s been a daily fight against the virus,” said Prime Minister Suga. “I ask once more for your cooperation.”

This was also the first press conference by the PM since announcing that his premiership will come to a close at the end of the month.

Suga confirmed that part of the reason for stepping down was the continued imposition of COVID-19 measures on citizens.

RELATED: Yoshihide Suga Set to Resign as Prime Minister After One Year in Office

“When I realized that it would be difficult to end the state of emergency on September 12, with the enormous amount of energy that the [LDP leadership] election requires, I realized that I had to focus on COVID-19, and that is why I decided not to run,” explained the prime minister.

The prime minister reiterated his continued commitment to addressing the COVID-19 pandemic in Japan.

He pledged, for example, to continue “safeguarding the medical system, focusing on securing the medical treatment and vaccines for everyone, adequate hospital beds and oxygen stations, and building temporary hospitals.”

The PM also pushed for the broader use of cutting edge medical treatments for COVID-19 patients, including the antigen cocktail, which has already been used on tens of thousands of people in Japan.

The general population is still asked to telework, avoid going out and travel between prefectures when possible. Businesses in the affected areas ー such as restaurants ー are also asked to operate only until 8 p.m., and establishments serving alcohol are asked to stay closed.

However, the prime minister gave reason to be hopeful for the future measures going forward, telling the country there are some signs pointing in the right direction.

Suga pointed out that in the two months between April 1 and May 31 2021, there were 3,886 deaths due to COVID-19. This contrasts to the two months of July 10 to September 8, when, despite vastly higher infection rates, deaths were only 1,590 ー less than half.

“We have learned many things during this pandemic, and one is that vaccines work,” explained the prime minister.

In addition, on September 8, the daily number of infections nationwide dropped to about 7,000 in a day, a figure which hadn’t been seen since July.

Given all these factors, and if we can achieve a further increase in vaccinations and decrease in infections, PM Suga pledged to consider relaxing the restrictive pandemic measures, which would help restart the economy.

The relaxation of measures would apply to those who have a vaccine certificate or a negative PCR test, and would apply in situations such as eating out, traveling across prefectural borders, and attending large events.

However, upon a follow up question by JAPAN Forward, a concrete timeline was not given for when these measures might come into effect.

News of the prospect for relaxation of measures applicable to those coming from abroad also came up. Currently, most business travel is so restricted as to be impossible, and even those who are fully vaccinated with long term visas or Japanese citizenship need to go through a mandatory 14 days of isolation upon arriving in Japan.

Earlier in the day on September 9 it was announced that, for those arriving in Japan and fully vaccinated, the mandatory self-isolation period is set to be reduced from 14 to 10 days. This is expected to happen as early as the end of September.

“We are working towards the reopening of the borders. Among others, the Keidanren (Japan Business Federation) has requested the government to address the needs of the business population,” conceded Suga.

“My responsibility is to make sure that we overcome this difficult time, and pave the way to our return to living peacefully and having fun,” said the prime minister.

A Press Conference Marking A Year of the Suga Administration

With Suga’s announcement that he will not be running in Liberal Democratic Party (LDP) leadership race, it was also a bittersweet press conference, where the exiting prime minister appraised his own performance over the past year.

Prime Minister Suga arrived in office at a difficult time for Japan, smack in the middle of the COVID-19 pandemic. Since the start of 2021, there has been just over one month in which all areas of Japan were free of emergency measures.

During his time in office, Suga was active in various areas of governance. He kickstarted the Digital Agency, pushed for a decrease in the cost of cell phone plans, and made infertility treatment more accessible for women.

Suga also commented on the Tokyo 2020 Olympics and Paralympics, which were held from July 23 to August 8, and August 24 to September 5, respectively.

“There have been many differing opinions about holding the Olympics,” reflected Suga, adding “but we have carried out our responsibility. The performance of the athletes has given hope and happiness to the world. We have also sent a message to the world about how we can help each other in a world which is barrier free.”

“There were various problems which came to the fore during this period, such as the amount of time it takes to increase beds in hospitals, or to approve new treatments and vaccines. Or dealing with logistical problems at the local level. We plan to address these going forward,” said Suga.

In a follow up question, Suga was not shy in pointing out that logistical problems in applying COVID-19 policy at the ward level, especially in the capital Tokyo, need to be addressed so actions could be made in one go.

Suga also pledged to continue working on the issue of bringing back the abductees from North Korea, a topic which he had claimed was his utmost priority upon taking office.

RELATED: The Man on Shinzo Abe’s Side: Yoshihide Suga, Top Bet for Japan’s Next Prime Minister

Ultimately Suga promised once more to work up until the last day for the people of Japan. He said, almost smiling:

“It was too short a year to get everything done, but I think we managed to show that there is a future for young people, and children, and there is hope to be had.”

He concluded: “As Prime Minister, I plan to devote myself to my duties until my very last day in office.”