Did Trump Really Raise the Abduction Issue with Kim Jong-un? 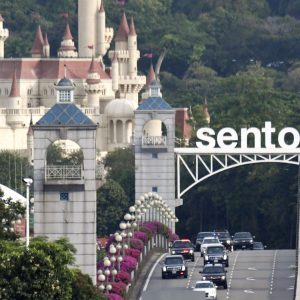 Prime Minister Shinzo Abe on Tuesday, June 12, expressed his thanks to United States President Donald Trump for raising the issue of abducted Japanese citizens in his meeting with North Korean leader Kim Jong-un in Singapore.

“[We] would like to thank the President for raising the abduction issue,” Abe said in a press conference in Tokyo shortly after the Trump-Kim Summit.

There was no mention of this issue, however, in the 4-point agreement that Trump and Kim signed.

In a press conference afterward, Trump said there were last-minute additions to the agreement that the two countries would follow through.

Trump and Abe spoke late Tuesday evening, several hours after the Singapore Summit while the U.S. President was on his way back to Washington, to discuss Tuesday’s discussions with North Korean Leader Kim Jong-un. Trump also called South Korean President Moon Jae-in, as he promised in the post-summit press conference, to discuss details not mentioned in the printed agreement.

Over the decades, North Korean agents had abducted Japanese citizens, right within Japan, to train North Korean spies. (Check out our special coverage: Abducted: The Japanese Kidnapped by North Korea)

In his own meetings with Abe recently, Trump had promised to take up the abduction issue with Kim Jong-un, recognizing that its resolution is “one of the truly important things on Shinzo’s mind.”

Abe had vowed to make it a priority of his administration to bring the abductees home.

Meanwhile, Abe also welcomed the joint statement signed by Trump and Kim, hailing it as a first step in North Korea’s denuclearization.

“We see this as a step in a comprehensive resolution,” Abe said.

Japan has said it would make economic aid available to North Korea only if the latter would resolve the abductions issue and agree to a complete, verifiable, and irreversible denuclearization.

In an editorial, JAPAN Forward had stated that “the Japan-U.S. partnership sends Chairman Kim a wake-up call, letting him know that any bright future for North Korea will have to include the resolution of the abductions.”

In a joint statement issued after the talks, Kim committed North Korea "to work towards complete denuclearization of the Korean Peninsula.”