‘Echoes of Hiroshima’: Japan, US See Russia’s Use of Nuclear Weapons as Realistic Concern 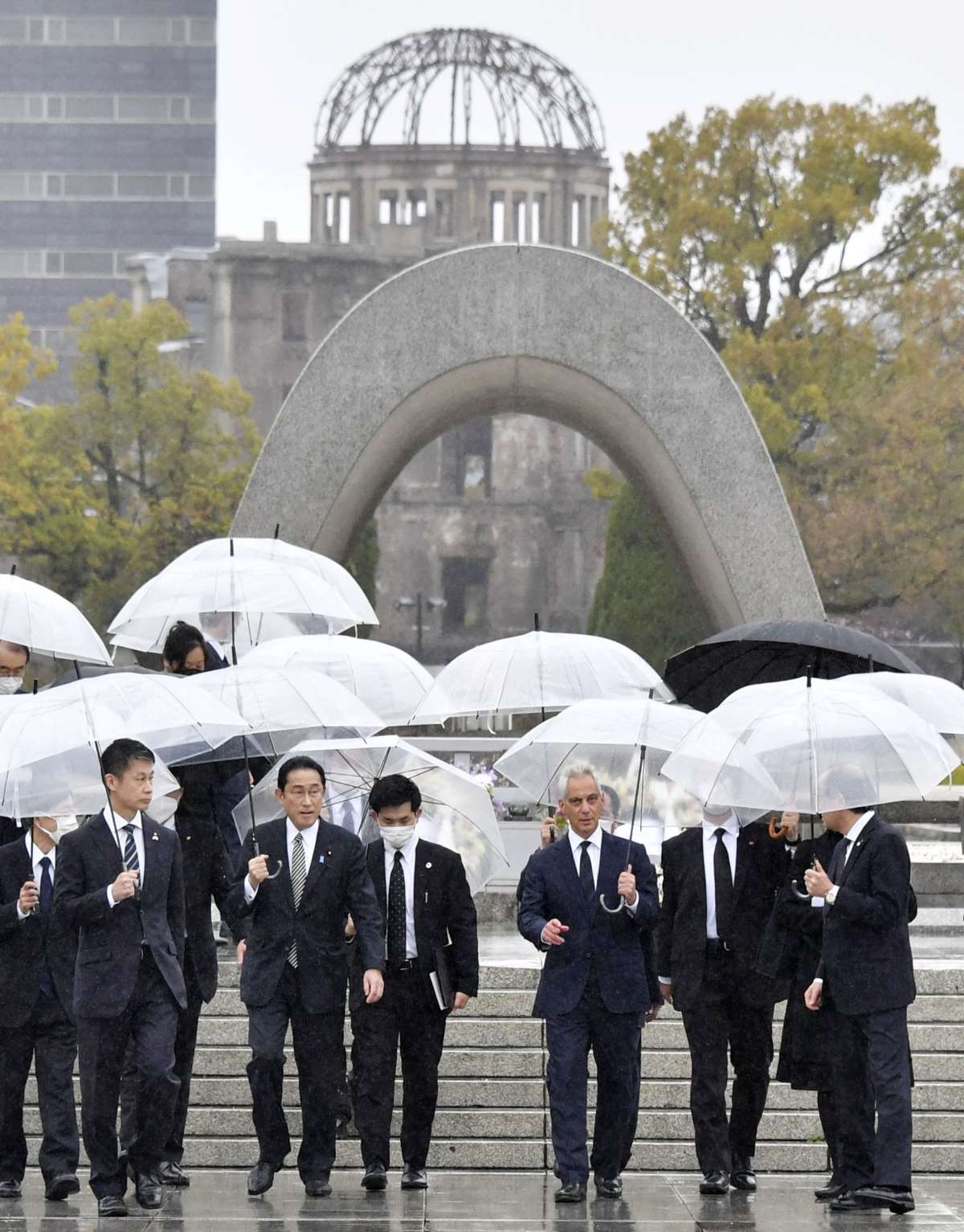 Japanese Prime Minister Fumio Kishida and United States Ambassador to Japan Rahm Emanuel visited the Hiroshima Peace Memorial Park on March 26, and together offered a large flower ring in memory of the horror of the atomic bomb dropped on the city.

Russia had suggested the possibility of using its nuclear weapons in its ongoing invasion of Ukraine. In the solemn presence of the Hiroshima Peace Memorial, Japan’s prime minister and the United States ambassador confirmed the solidarity of the US-Japan alliance and their firm stance against Russia's use of nuclear weapons.

Japan also faces a nuclear threat from other nations, such as China and North Korea. It will not be easy to realize the goal raised by the Prime Minister of “a world without nuclear weapons.”

Kishida welcomed the American ambassador’s visit to Hiroshima, saying: “He touched upon the reality of the atomic bombing. It is a strong message to the global community.”

Emanuel said in response: “[Prime Minister Kishida’s] presence in Brussels ensured that this was not just an American and European condemnation of Russia’s illegal war, but a global response, with a global condemnation.”

The ambassador and prime minister had just visited the Hiroshima Peace Memorial Museum inside the park. With a tear in his eye Emanuel reflected, “And nowhere are our shared commitments to a world of peace more paramount than in the echoes of Hiroshima.”

Prime Minister Kishida is from Hiroshima, and his electoral district there has embraced strong support for total abolition of nuclear weapons. He also confirmed US President Joe Biden’s pledge for their two countries to cooperate with each other in seeking a world without nuclear weapons during their bilateral virtual summit in January.

However, the international nuclear disarmament efforts are running aground. After invading Ukraine, Russian President Vladimir Putin ordered Russian deterrence forces, which operate the country’s nuclear weapons, to be placed on high alert.

China is increasing its nuclear arsenal, and North Korea is not hiding its ambition to possess nuclear weapons. In reality, the question is whether Japan’s nuclear deterrence posture, which is under the US nuclear umbrella, is adequate or not.

“The Ukraine situation has shown us the steepness of the road ahead in pursuit of a world without nuclear weapons,” said Prime Minister Kishida with a solemn expression.