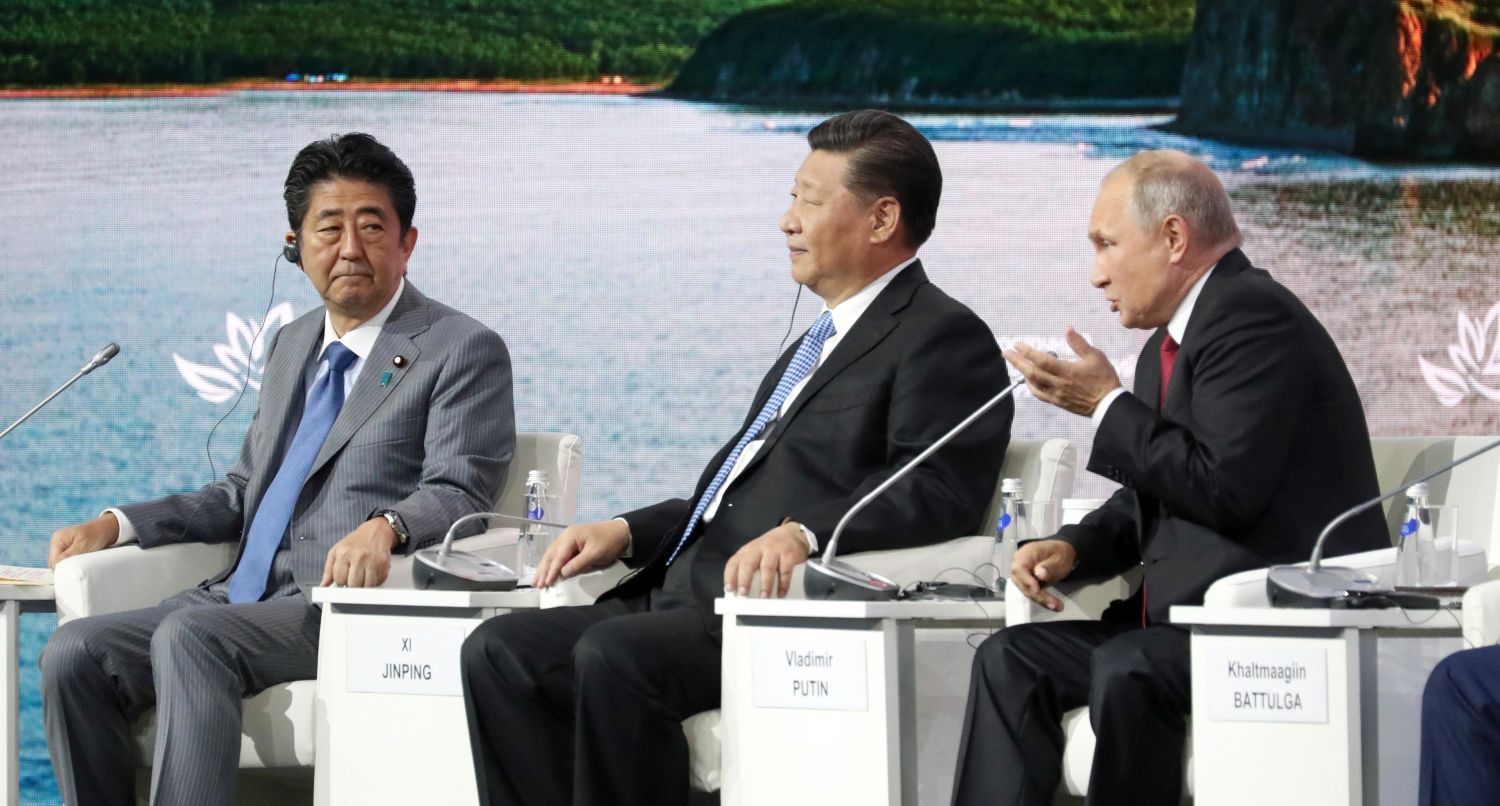 Russia on September 3 celebrated the end of World War II, a virtual anniversary of the former Soviet Union’s victory over Japan.

Seventy-five years after the war’s end, Moscow has changed the date of this anniversary from September 2 to September 3, in an apparent bid to align itself with Beijing’s celebration of the anniversary of the “Victory of China’s War of Resistance Against Japan.”

Russia has been maneuvering to build a united front with China in the “history war” against Japan, with the aim of justifying the former Soviet Union’s illegal conduct shortly before and after the end of World War II, including its occupation of Japan’s Northern Territories, a group of four islands off Japan’s northern main island of Hokkaido.

The former Soviet Union only entered the war against Japan on August 9, 1945, just before the end of the war, by breaking the Japan-Soviet Neutrality Treaty. It continued its one-sidedly military invasion even after Japan accepted the Potsdam Declaration, ending the Pacific War, on August 14. The Soviet military marched into Manchuria, the Korean Peninsula, Sakhalin, and Chishima (Kuril) islands, landing on Etorofu Island, the biggest island in the Northern Territories, on August 28.

The Soviet invasion continued even after September 2, 1945, when the signing ceremony marking Japan’s surrender was held, and continued until they completed the occupation of the four Northern Territories islands on September 5. Their actions were nothing more than those of a thief at a fire.

The Russian government of President Vladimir Putin asserts that Russia has valid claims to the Northern Territories based on the Yalta Agreement of February 1945. That was a secret pact between the leaders of the United States, Great Britain, and the Soviet Union in which the Soviet Union committed to the war against Japan after Germany’s surrender, stealthily providing cover for the Soviet Union’s acquisition of what it called the southern Kurils.

It is self-evident, however, that the agreement contains no stipulation on any final settlement to territorial disputes, and there is no reason at all for Japan to be bound by the secret pact of others. In addition, the Soviet seizure of the four islands is in violation of the 1941 Atlantic Charter and the 1943 Cairo Declaration, both of which laid down the principle of “no territorial expansion” in reference to the war.

Russia is using China as leverage to strengthen its fragile case for seizure of the Northern Territories. The Russian ambassador in Beijing and the Chinese ambassador in Moscow, for that matter, published their joint opinion commemorating the 75th anniversary of the war’s end in a State-run Russian newspaper on September 2, arguing that the two countries were engaged in a “joint struggle” fighting World War II.

The Russian ambassador wrote that the Soviets sent “3,665 military experts to China during the period from 1937 to 1941,” to help China’s resistance against Japan. The Chinese ambassador echoed his Russian counterpart’s view, emphatically noting the rhetoric that China and the Soviet Union “fought the war side by side.”

Russia’s ulterior motive is to draw a false picture that Russia was at war with Japan from 1937, so as to fudge the fact that the Soviet Union acted in violation of the Japanese-Soviet neutrality pact.

China and Russia are engaged in a historical offensive to rewrite the facts. The two countries could even join hands over the territorial disputes involving the Northern Territories and the Senkaku Islands (Okinawa Prefecture).

Japan must keep a close watch on China and Russia’s moves to rewrite their relationship just before and after the war, and Tokyo must be ready to push back firmly against their self-centered bid to distort the historical facts.