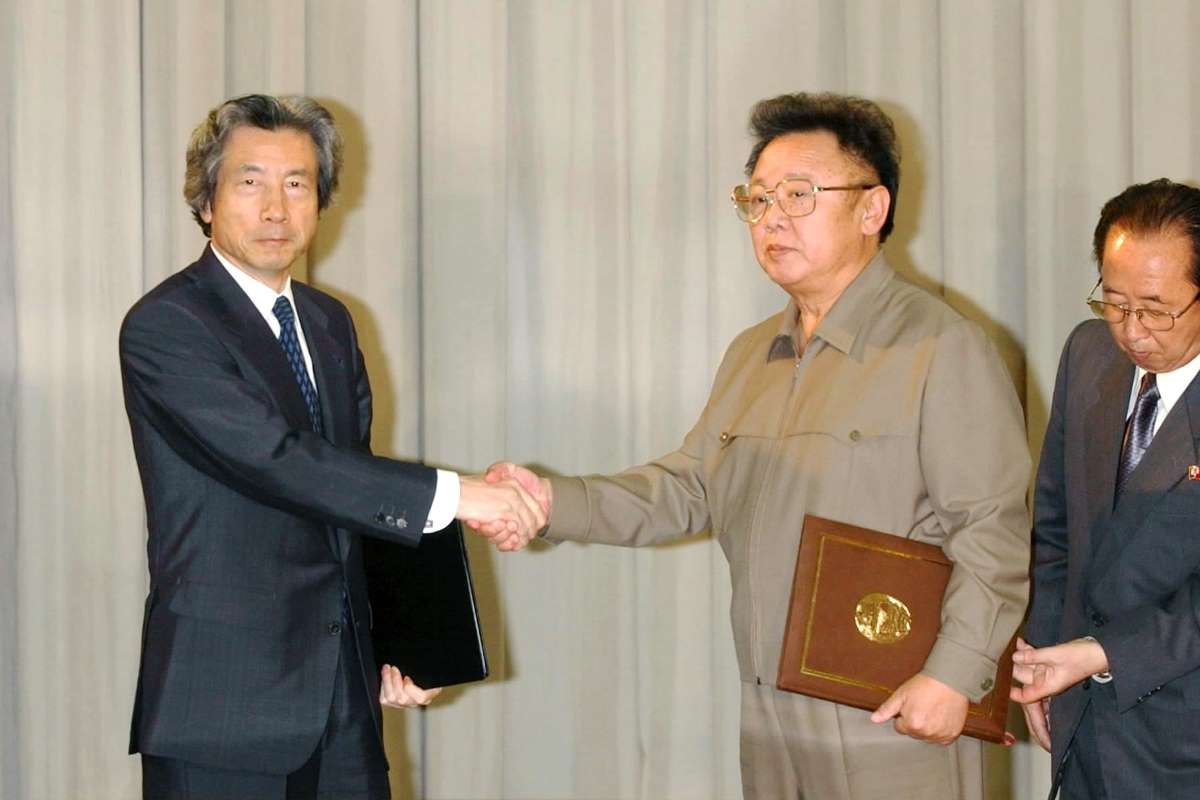 The 20 years that have passed since then have been a cruel, grueling wait for the victims’ families.

Although the summit led to the return of five abductees, North Korea maintained that the other abductees were dead, including Megumi Yokota, who was abducted near her home in Niigata Prefecture when she was a 13-year-old child. There has been no contact with Megumi or the other victims since.

Ahead of the 20th anniversary of the summit, Megumi’s mother Sakie spoke candidly about her feelings: “The issue has remained unsolved for so long. I feel a sense of intense, indescribable frustration. I’m experiencing the sufferings of hell.”

The frustration of a mother whose child was stolen away from her is a burden that needs to be shared by all Japanese citizens. Both the government and the people of Japan should be outraged at this dire lack of progress.

Prime Minister Fumio Kishida needs to put himself in her shoes, break the deadlock through direct negotiations with Kim Jong-un, and put an end to the “sufferings of hell” once and for all.

When Kim Jong Il admitted to the abductions by North Korean agents and apologized to Japan’s then-PM Junichiro Koizumi, who was visiting the country, pressure from the United States administration of George W. Bush — which had declared North Korea “a state sponsor of terrorism” and part of the “the axis of evil” — served as a major impetus.

But the breakthrough was bittersweet. North Korea claimed that five abductees were still alive, but the other eight — including Megumi — were dead.

In response, the Association of Families of Victims Kidnapped by North Korea held a press conference in Tokyo, where Megumi’s mother Sakie said decisively, “I will continue to fight, believing that she is still alive.”

This marked the beginning of another long battle.


Launching Missiles, Building Up the Lies

Five abductees, including Kaoru Hasuike, were returned to Japan on October 15, 2002. But the others were nowhere to be seen. When the returnees’ testimonies led to doubts about the purported date and time of Megumi’s death, North Korea made sure to “correct” that detail.

In 2004, North Korea sent cremated remains claiming them to be Megumi’s, but a DNA test proved otherwise. The regime has yet to provide any reliable proof of the fate of Megumi and the other abductees.

Under the 2014 Stockholm Agreement, North Korea promised to conduct a renewed investigation of the abductions, which never materialized.

Further promises were broken. Under the Pyongyang Declaration signed 20 years ago at the summit, North Korea expressed its intention to “extend the moratorium on missile launches,” but the nuclear tests and missile launches continued even after the transition of leadership to Kim Jong Un.

Sung Il Ho, the North Korean ambassador in charge of diplomatic negotiations between Japan and North Korea, stated on September 16, 2022, that Japan had rendered the Pyongyang Declaration “null and void” by imposing sanctions, and “pushed bilateral relations into the worst confrontational phase.”

He further claimed that the abduction issue had been “completely resolved,” and accused the Japanese government of stirring up anti-North Korean sentiment by rehashing the issue.


Lessons from 20 Years Ago

The frustration of the abductees’ families is not only directed towards North Korea’s broken promises, but also towards the Japanese government for failing to rescue its own citizens.

Megumi’s father, who was the representative for the families’ association, died in June 2020. His successor Shigeo Iizuka, the brother of abductee Yaeko Taguchi, also died in December 2021. Neither were given any reassurance or blueprint of how their lifelong wish — to bring all abductees back home — would be fulfilled.

At Mr Iizuka’s funeral, PM Kishida said in his address that the abduction issue was “a top priority” for his administration. But he made no mention of the issue in his speech at the Liberal Democratic Party convention the next day.

In May, Foreign Minister Yoshimasa Hayashi gave a speech in Niigata City, where Megumi was abducted, in which he implied that Japan should consider supporting North Korea as it struggles with the spread of COVID-19: “We have no diplomatic relations, but it does not mean we should do nothing.”

But providing aid while turning a blind eye to the abductions is out of the question.


Japanese Government Must Keep Its Word

Former Prime Minister Shinzo Abe repeatedly pledged to “make North Korea understand that it cannot have a future without resolving the abduction issue.” But such words were eventually forgotten by the government.

In one of the letters in JAPAN Forward’s “Dear Megumi” series, Sakie writes: “We don’t have much time left. I find myself wondering whether the politicians and bureaucrats are thinking about this fact. We’ve been keeping a quiet but steadfast watch on our political representatives on the television.”

The summit 20 years ago taught that only top-level negotiations backed by pressure from the United States and other international communities will break the deadlock. It’s time for the Japanese government to act on its word and tackle the abductions as “a top priority.”