EDITORIAL | Before Russia Takes Over Sakhalin 2, Japan Must Withdraw 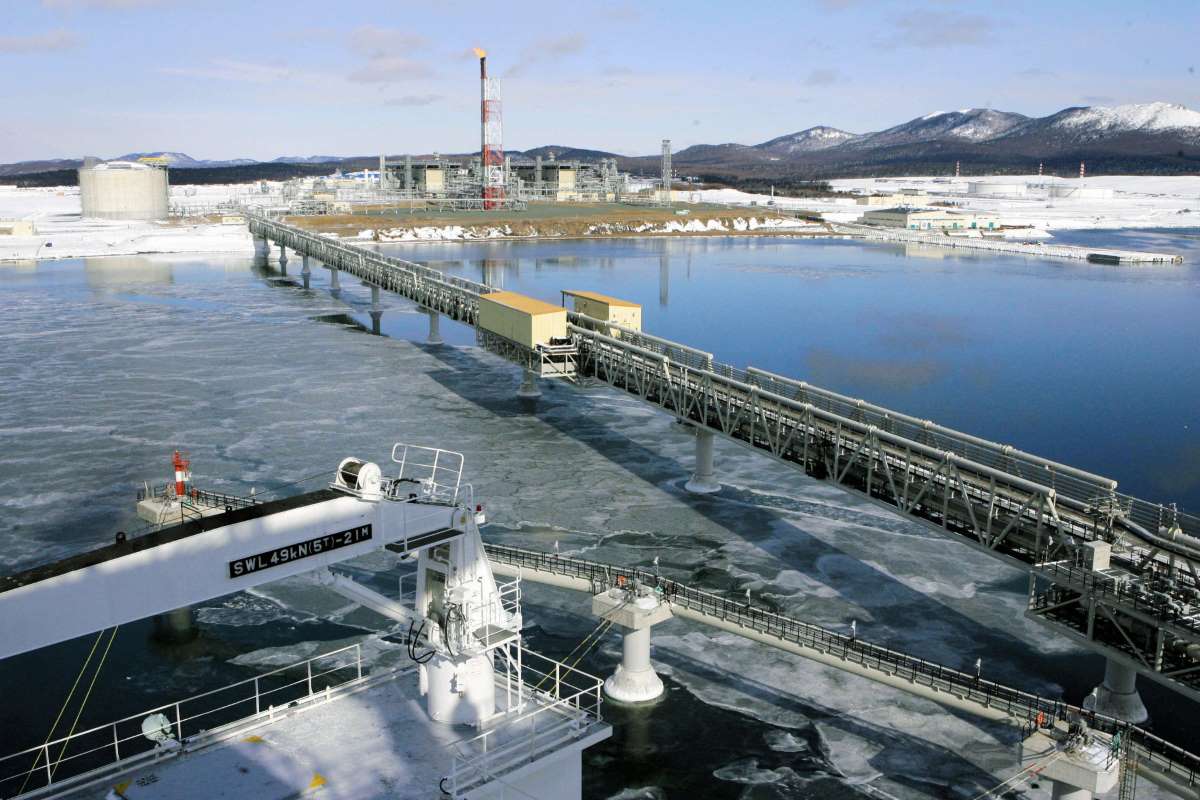 A pipe for carrying liquified natural gas extends from the LNG terminal (above) in Sakhalin Oblast, Russia to a carrier. (2009, Kyodo)

It’s a decision that could lead to the arbitrary exclusion of Japanese companies. Russian President Vladimir Putin has signed a decree to take control of the management rights of the Sakhalin 2 oil and natural gas development project in the Russian Far East, in which Japanese firms have been participants.

The decree calls for transferring assets of the Sakhalin 2 program, in which Japanese trading house Mitsui & Co. has a 12.5% stake and Mitsubishi Corporation owns 10%, to a Russian operating company to be newly established by the Kremlin. Fears are mounting that the Japanese assets could, for all practical purposes, be confiscated and liquefied natural gas (LNG) imports brought to a halt.

Russia has taken the step in response to what it calls “unfriendly actions by the United States and other countries following suit.” The decree is also considered to be a retaliatory measure against Japan for imposing sanctions in tandem with the West over Russia’s invasion of Ukraine.

Keen to unilaterally rob Japan of its interests, Moscow is attempting to pass off its own outrageousness in trampling on Ukraine’s territory and human rights. But it’s abhorrent acts can never be forgivable.

Japan must do its utmost to secure alternative public and private sector sources to diversify its supply of energy in preparation for the loss of its Sakhalin 2 interests. “Derussianization” — removing reliance on Russian energy supplies — has been making progress in the United States and Europe. In turn, that has been intensifying the scramble for LNG among other nations.

Under the circumstances, it is important for Japan to further strengthen its cooperation with the G7 (Group of Seven leading democratic economic powers) in the competition against Russia.

Even after the transfer of Sakhalin 2 assets to the planned new Russian company, the current stakeholders in the project should have the right to take ownership stakes in the same ratios. However, that will now require the approval of the Russian government.

Also, Russia has said there is no reason to fear gas supplies to Japan being cut off after the transfer of Sakhalin assets. That  too, however, is up to the discretion of the Russian government, and it seems likely that Moscow will try to shake down Japan in this connection.

Japan must take care not to become uneasy due to the intimidation tactics under the circumstances.

It is an obligation of this country as a democracy to mete out sanctions against Russia. Moscow might like to drive a wedge into the unity of Japan, the United States, and Europe, but we must never play into their strategy.

Prime Minister Fumio Kishida’s administration has taken the position that it will not pull out of the Sakhalin 2 project, which is a joint public-private undertaking.

However, it was Russia that invaded Ukraine in blatant violation of international rules. Fundamentally, it is contrary to reason to think that Russia could continue to provide a stable source of resources. The right course of action in the first place would have been to notify Russia of Tokyo’s decision to withdraw from the project.

Sakhalin 2 was initially operated through a joint Japanese-British investment. But, in 2006, a Russian state-owned enterprise took control of the project under pressure from the Russian government. Although the magnitude of political risk involved has been evident since that time, successive Japanese administrations have continued to depend on the arrangement.

This time, we should draw a lesson that Moscow has seen through the Japanese government’s unprincipled posture.

There is no need at all, however, for Japan to compromise simply because Russia is attempting to put Japan off balance. Instead, Japan should take this opportunity to reconsider exiting from Sakhalin 2.