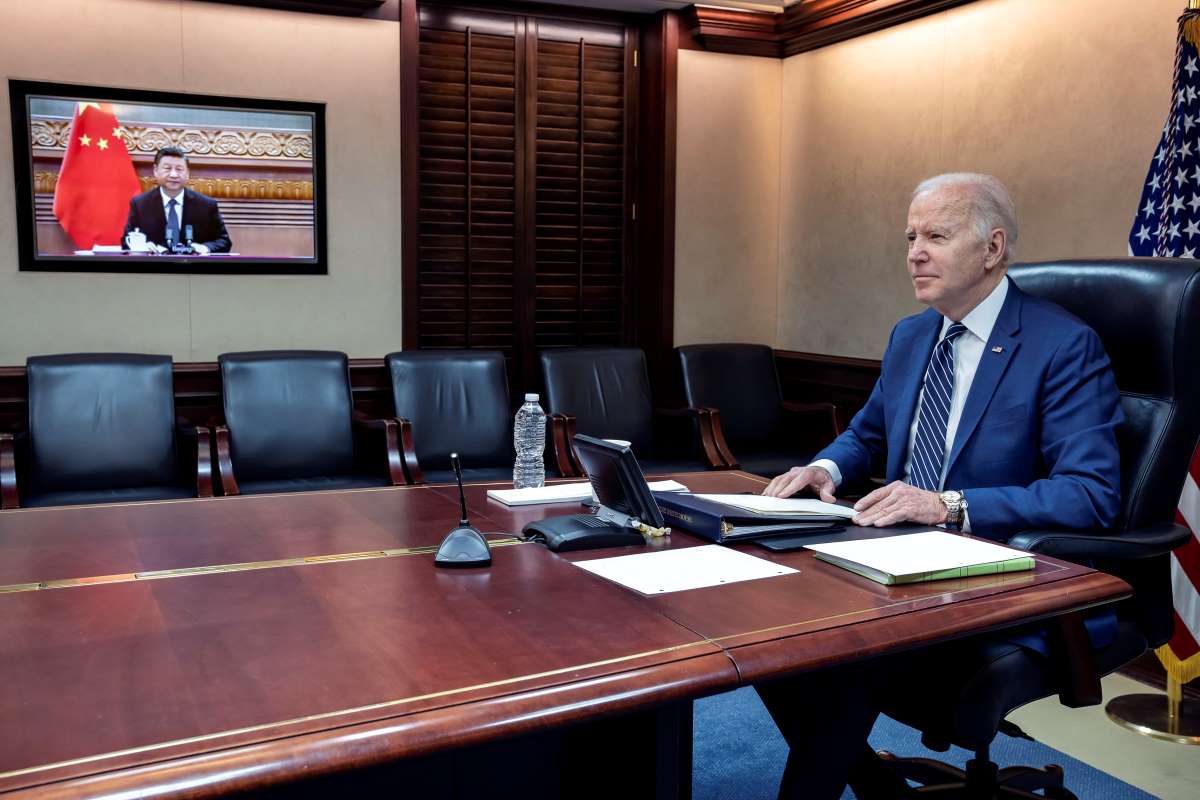 United States President Joe Biden recently said that he expected to speak with Chinese President Xi Jinping soon. This is the first occasion the two leaders would be speaking since their summit meeting on March 18. The two are expected to speak by phone or by online videoconferencing.

With China supporting Russia’s invasion of Ukraine, the world will be very interested in how the upcoming talk plays out between Biden, as leader of the Free World, and Xi, as the leader of the foremost authoritarian nation.

China has been intensifying its hegemonic activities in such areas as the East China Sea and South China Sea, while it shows no intention of rectifying its human rights violations or its unfair trade practices. Against this backdrop, there is concern that the Biden administration will end up offering Xi easy concessions because of the domestic political situation in the United States.

The Trump administration imposed punitive tariffs on China in 2018. With the expiration of the first round of tariffs, the Biden administration initiated a review of the overall situation surrounding the levies, including measures to counteract inflation.

The Chinese have been demanding that the tariffs be abolished. It is now widely expected that Biden will tell Xi that the US is ready to rescind some of the tariffs.

President Biden is no doubt thinking of the midterm elections looming in November. But it would be a major mistake to forget the big picture and trivialize relations with China in such a fashion.

Consumer products, including bicycles, would  be the most likely candidates for tariff elimination.

However, even if the tariffs scrapped are limited in scope, won’t elimination of those tariffs amount to a stance of implied tolerance for China’s continuing unfair trade practices?

With dissatisfaction growing among the United States public due to soaring prices, the Biden administration no doubt hopes that getting rid of some tariffs will bring down prices on imported goods. Nevertheless, we would urge the US administration to give the issue careful consideration.

Rising tension surrounding the Taiwan situation is another area where the United States should remain on the alert.

When President Biden held talks with Prime Minister Fumio Kishida in May, Biden clearly stated in the post summit joint press conference that if China attacked Taiwan, the United States would take military measures in Taiwan’s defense. If he were to now backtrack on his promise, that would certainly be sending the wrong message to China.

As things now stand, the United States continues to provide Taiwan with weapons in accordance with the Taiwan Relations Act of 1979. Biden should let Xi know in no uncertain terms during their talk that the United States intends to continue to provide such defense assistance to Taiwan in order to contribute to regional stability.

There has been widespread speculation that Speaker of the United States House of Representatives Nancy Pelosi, a Democrat, is planning to visit Taiwan in August. We certainly hope that her trip will take place.

High-level interchanges among United States and Taiwanese officials will serve to clarify the bilateral relationship. That, in turn, would contribute to deterrence against unilateral changes to the status quo in the region.