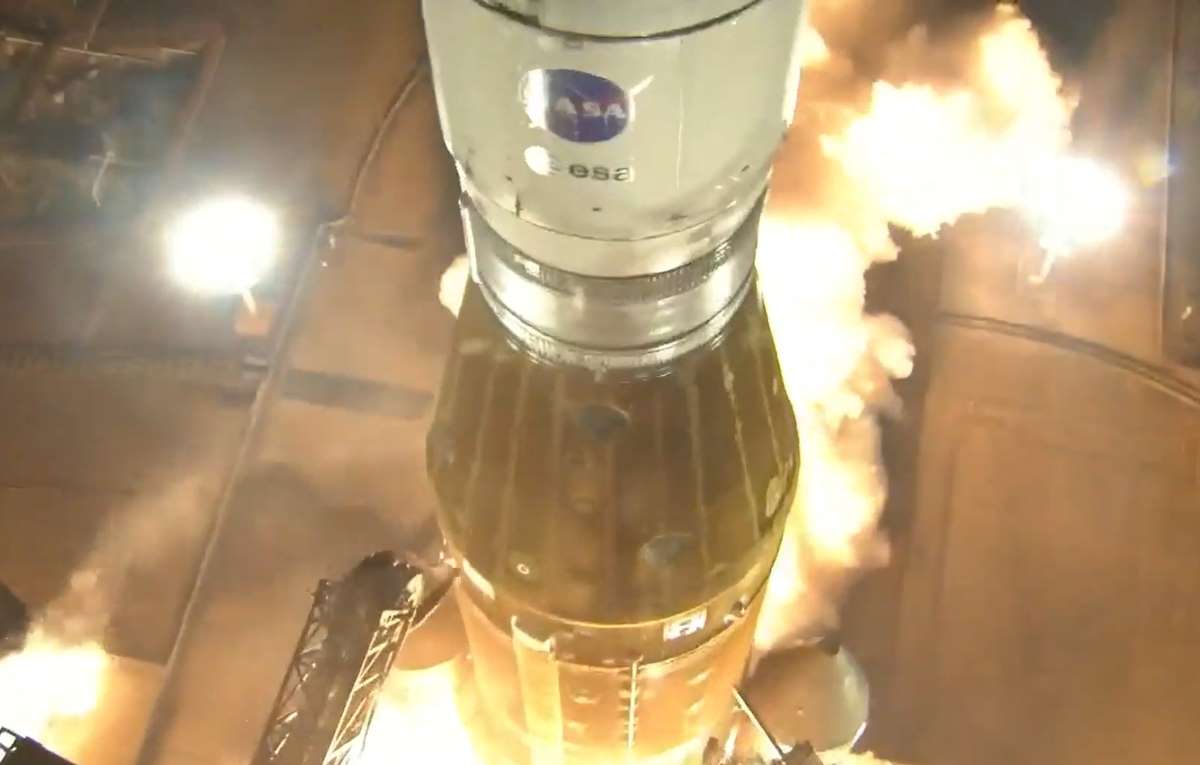 The Orion spacecraft developed by the US National Aeronautics and Space Administration (NASA), was launched as part of the Artemis program, an international lunar exploration project led by the United States with Japan participating. The Japan Aerospace Exploration Agency's (JAXA) ultra-small probe "OMOTENASHI" is part of the mission. November 16, Kennedy Space Center in Florida, USA (via NASA TV)

The Japan Aerospace Exploration Agency (JAXA) has abandoned its attempt to land the ultra small lunar probe OMOTENASHI on the surface of the moon, it announced. It would have been Japan’s first-ever lunar landing.

OMOTENASHI was lofted into space on November 16 by a large United States rocket as part of the first-in-a-series of planned Artemis Project missions. Their goal is to once again put a man on the moon.

What Happened to OMOTENASHI

After separation from the rocket, the side of the probe with the solar cells ended up facing the opposite direction from the sun. That meant that messages could not be sent from Earth to correct the position or orbit of the probe.

As a result, scientists were unable to correct the problem before it reached the surface of the moon.

JAXA says it will continue to work to recover use of the probe for technology demonstrations other than the lunar landing itself.

Japan’s attempt to land the world’s smallest lunar probe on the moon’s surface ended in unfortunate failure, before it got to show what it was capable of.

However, JAXA has a history of turning initial failures into ultimate successes. This was demonstrated by the spectacular success of the Hayabusa2 spacecraft sent to study asteroids. Hayabusa2's success was thanks to lessons learned from the failure of its asteroid probe predecessor, Hayabusa.

We hope that the failure of OMOTENASHI will pave the way for new attempts. Surely, Japan will continue its quest to become only the fourth country to land a probe on the moon, after the former Soviet Union, the United States, and China.

On November 28 a lunar landing craft developed by the Tokyo-based space venture company, ispace, is scheduled to be taken into space atop a rocket launched by the US firm Space Exploration Technologies Corp. (SpaceX). The company hopes to achieve the world’s first moon landing by a private sector company around the end of April 2023.

JAXA also has other plans for the moon, as FY2023 should finally see the launch of its SLIM (Smart Landing for Investigating Moon) lunar lander.

Since the gravitational force exerted by the moon is greater than that of asteroids. The greatest goal of this mission would be to demonstrate precision landing technology in that environment. Data garnered during this process would be available for use by the US-led Artemis Project.

Due to scheduling conflicts with another project, the launching of the SLIM probe has been repeatedly delayed. Yet it remains an important project in terms of enhancing Japan's standing in regards to lunar probes and space development.

Having both the public and private sectors undertake lunar landings serves to expand the range of Japan's space development efforts.

Gearing Up in Sciences to Carry Out Missions Like Omotenashi

Japan aims to become the fourth nation in the world to land a probe on the moon. It aims to become recognized as an "indispensable partner" in manned space missions to the moon and Mars. That could serve as a driving force for the wholesale revitalization of Japanese science and technology.

We should support the challenge of landing probes on the moon. And that should happen without getting too caught up in excessive concern about immediate cost effectiveness.