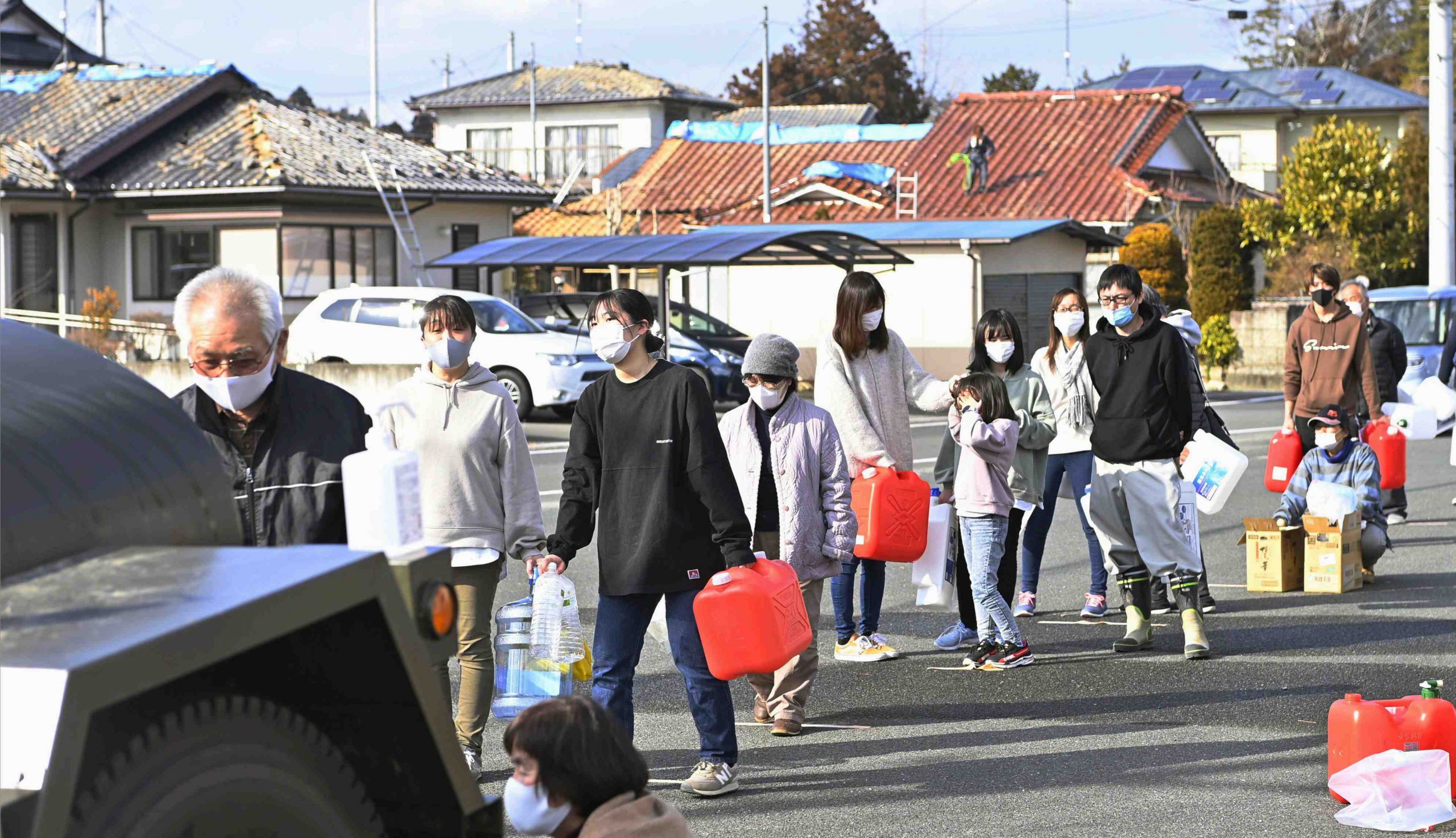 Some areas were left without power and water in the recent February 13 earthquake, elevating the awareness of disaster preparedness.

Fukushima and Miyagi prefectures, among other areas, sustained widespread damage after an earthquake measuring 6 on the Japanese seismic intensity scale hit off the coast of Fukushima on the evening of February 13.

Equivalent to a 7.3 magnitude earthquake on the Western scale, the February 13 tremor was an aftershock of the 9.0 magnitude Great East Japan Earthquake that struck in March 2011, according to the Japan Meteorological Agency.

Aftershocks of the same magnitude will still be a concern for a while. We must also be on the alert for secondary disasters from rainfall in the shaken area. It is hoped that national and local authorities will do their best by working closely together to restore the affected areas and support the victims. The protection of human lives should be the top priority.

Many people were injured due to fallen furniture and broken glass from the quake. Supermarket shelves, library bookshelves, and gravestones were violently scattered. Some residents remarked that, to them, the tremor felt “equivalent to or stronger than the Great East Japan Earthquake.”

It was the strength of the brief tremors which had great impact on large objects such as furniture and gravestones. The shaking felt by people is also thought to have been strong.

The February 23 shake gives us an opportunity to reevaluate earthquake preparedness within our surroundings:

It is important to minimize each risk factor inside our homes. Needless to say, we must not forget to double-check and thoroughly improve earthquake proofing of the entire house.

Although the quake this time did not cause any disastrous tsunamis, when a strong earthquake’s epicenter is located in the sea, the possibility of a tsunami must always be expected. Thus, evacuation preparedness is also crucial.

None of us should be simply relieved that a tsunami did not occur. Instead, we should verify whether we could evacuate safely. Protecting our own lives from earthquake tremors and avoiding injuries is a prerequisite for this.

It’s safe to say that the February 2021 Fukushima earthquake was a wakeup call to the region and the country for disaster prevention, including the social infrastructure to support hard-hit areas, such as lifeline and transportation systems.

Infrastructure recovery may take some time, as bullet train services were suspended due to damaged utility posts along the train tracks. In addition, an expressway was obstructed due to a landslide. Even some areas in Kanagawa and Saitama prefectures, which are far from the quake’s epicenter, experienced temporary power outages.

In the wake of two major quakes, the Great Hanshin Earthquake and the Great East Japan Earthquake, the Japanese government and businesses have focused on seismic strengthening of infrastructure. Earthquakes of a similar magnitude to the Fukushima quake, including one that could directly hit the Tokyo area, could occur anywhere in Japan.

We must analyze why we were unable to prevent damages from the most recent Fukushima quake. At the same time, we must firmly grasp the issues that must be resolved in order to speed up disaster recovery, and apply them to building disaster resilience.