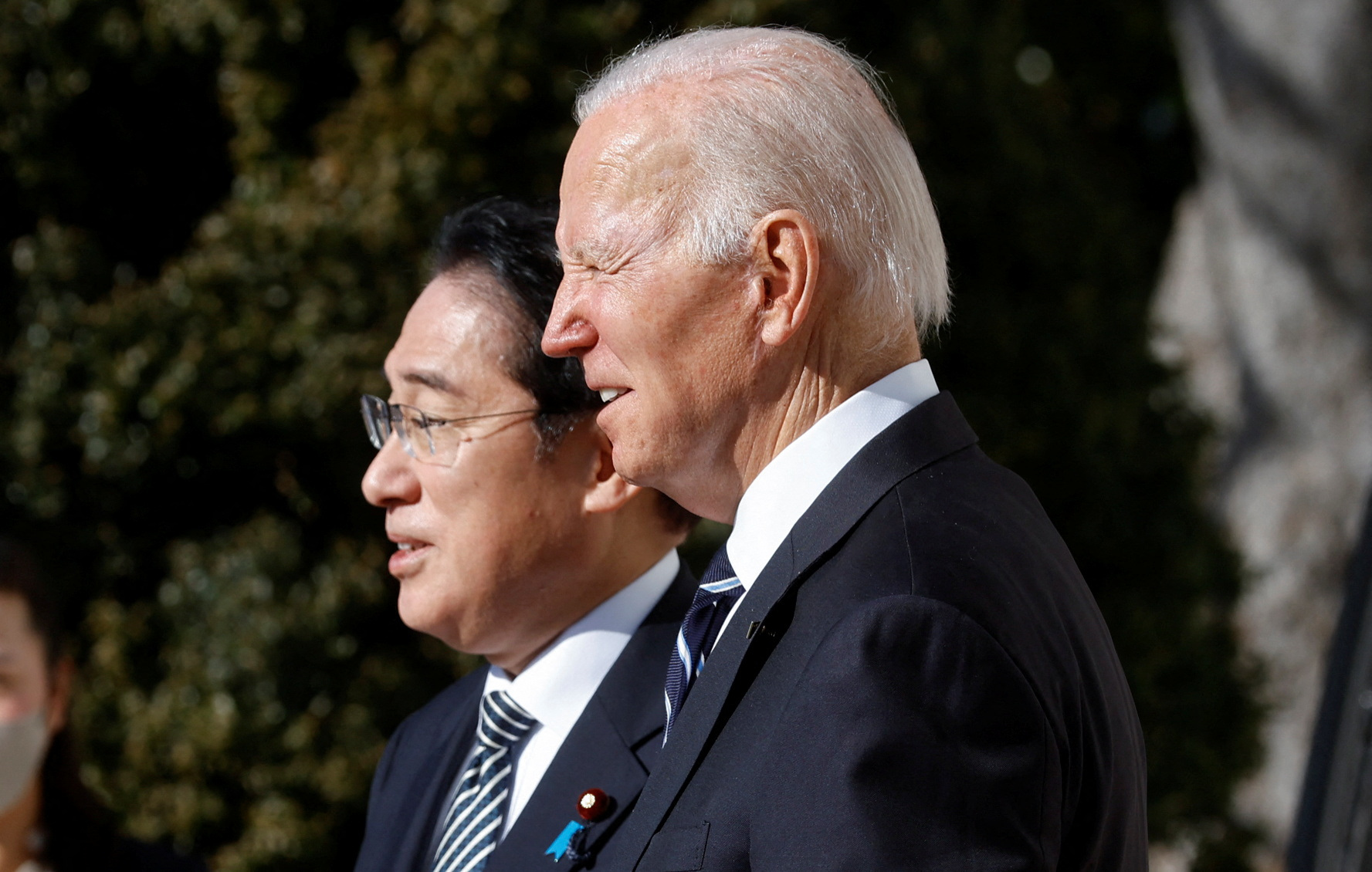 Reflecting a historical shift in Japan's security policy, leaders of Japan and the United States let all know that the two nations are firmly committed to strengthening their deterrence and response to security threats through the Japan-US alliance. Their statements came at the end of their recently concluded summit in Washington. And they clearly had China, North Korea, and Russia very much in mind.

The meeting deserves high marks for contributing to peace for Japan, the Indo-Pacific region, and the entire world.

Prime Minister Fumio Kishida met with US President Joe Biden at the White House on Friday, January 13. The Prime Minister explained the revision to the National Security Strategy, which specifically mentions the possession of a counterstrike capabilities. He also reaffirmed Japan's commitment to increasing defense spending.

Prior to his arrival in the United States, the Prime Minister had visited France, Italy, the United Kingdom, and Canada. Leaders of these countries are all members of the Group of Seven (G7) Summit.

Every country he visited welcomed Japan's promise to strengthen its defense capabilities.

International Commitment to a Stronger Defense

It seems fair to say that Japan has now made its promise to drastically strengthen its defense capabilities an international commitment.

The joint statement issued following the summit meeting mentions how the order in the Indo-Pacific region faces growing challenges from China and North Korea, while in Europe, Russia continues invading Ukraine. It states, "We strongly oppose any unilateral attempts to change the status quo by force or coercion, anywhere in the world."

The joint statement emphasizes the importance of peace and stability in the Taiwan Strait. And it urges peaceful resolution of cross-strait issues.

President Biden also reaffirmed US commitment to the immediate resolution of the abductions issue.

The two leaders have instructed members of their respective cabinets to cooperate in the development and effective implementation of counterstrike capabilities for the Self-Defense Forces. Kishida expressed Japan's interest in introducing the US-made Tomahawk cruise missiles, and Biden expressed his strong support for the proposal. The move is designed to provide Japan with an operational counterstrike capability as soon as possible.

During the summit, the two leaders affirmed that they are aligned in their respective national security strategies adopted in 2022.

China and North Korea should not misjudge the determination of the United States and Japan to work to maintain peace in the Indo-Pacific region, including Northeast Asia.

Prior to the summit, foreign and defense chiefs from Japan and the United States met for a "2+2" conference in Washington. They discussed defense issues, including Japan's acquisition of a counterstrike capability.

Appropriately, they confirmed their cooperation in providing Japan with an effective counterstrike capability. And they reaffirmed the commitment of the United States to Japan's defense under Article V of the Treaty of Mutual Cooperation and Security, including against space-based attacks.

Besides the sale of Tomahawk missiles, the parties agreed that cooperation in the collection of targeting information would help speed up the process of capacity building. Incorporating a counterstrike capability into joint Japan-US operations would also enhance deterrence.

There was no review of the Guidelines for Japan-US Defense Cooperation at either the summit or 2+2 meetings. Even under the current guidelines Japan is able to exercise counterstrike capability.

It is far more important to create a new plan for joint operations and conduct a series of Japan-US joint training exercises than to devote manpower and time resources to revising the guidelines. Time is of the essence and must be used effectively to improve deterrent capability.

Concrete Measures for Nuclear Deterrence under the Japan-US Alliance

The summit fell short in some respects. President Biden did affirm the unwavering commitment of the United States to the defense of Japan using its full range of capabilities, including nuclear.

Likewise, at the 2+2 meeting "extended deterrence" to protect Japan across the spectrum of potential nuclear and conventional scenarios was discussed.

Although these moves are welcome, China, North Korea, and Russia have been working relentlessly to bolster their nuclear forces. Meanwhile, no concrete measures to strengthen the nuclear deterrence posture for Japan's defense have been presented to date. That is a future issue to be addressed.

Furthermore, with China clearly in mind, the joint statement stresses the importance of collaboration in the area of economic security. It declares that as the two largest democratic economies in the world, Japan and the US "will sharpen our shared edge on economic security, including protection and promotion of critical and emerging technologies."

It includes semiconductors, as well as in the fields of space and nuclear energy cooperation. Furthermore, in order to protect the international order based on the rule of law, it is essential to strengthen economic security, along with military and diplomatic security.

Commitment to a Free and Open World Order

PM Kishida delivered a policy speech at the Johns Hopkins University School of Advanced International Studies (SAIS) on January 13. In it he said that the December 2022 shift in defense policy represents:

Kishida stated emphatically that, "Japan is resolved to proactively create peace and prosperity and a free and open order worldwide."

Today's Japan stands at a crossroads. And the choices we make will determine whether we will be able to preserve peace or, if deterrence fails, we will be invaded.

The outcome will depend on whether we can strengthen deterrence focused on our defensive capabilities. Hopefully, the Prime Minister will display a sense of mission while proceeding swiftly and surely to reach this goal.