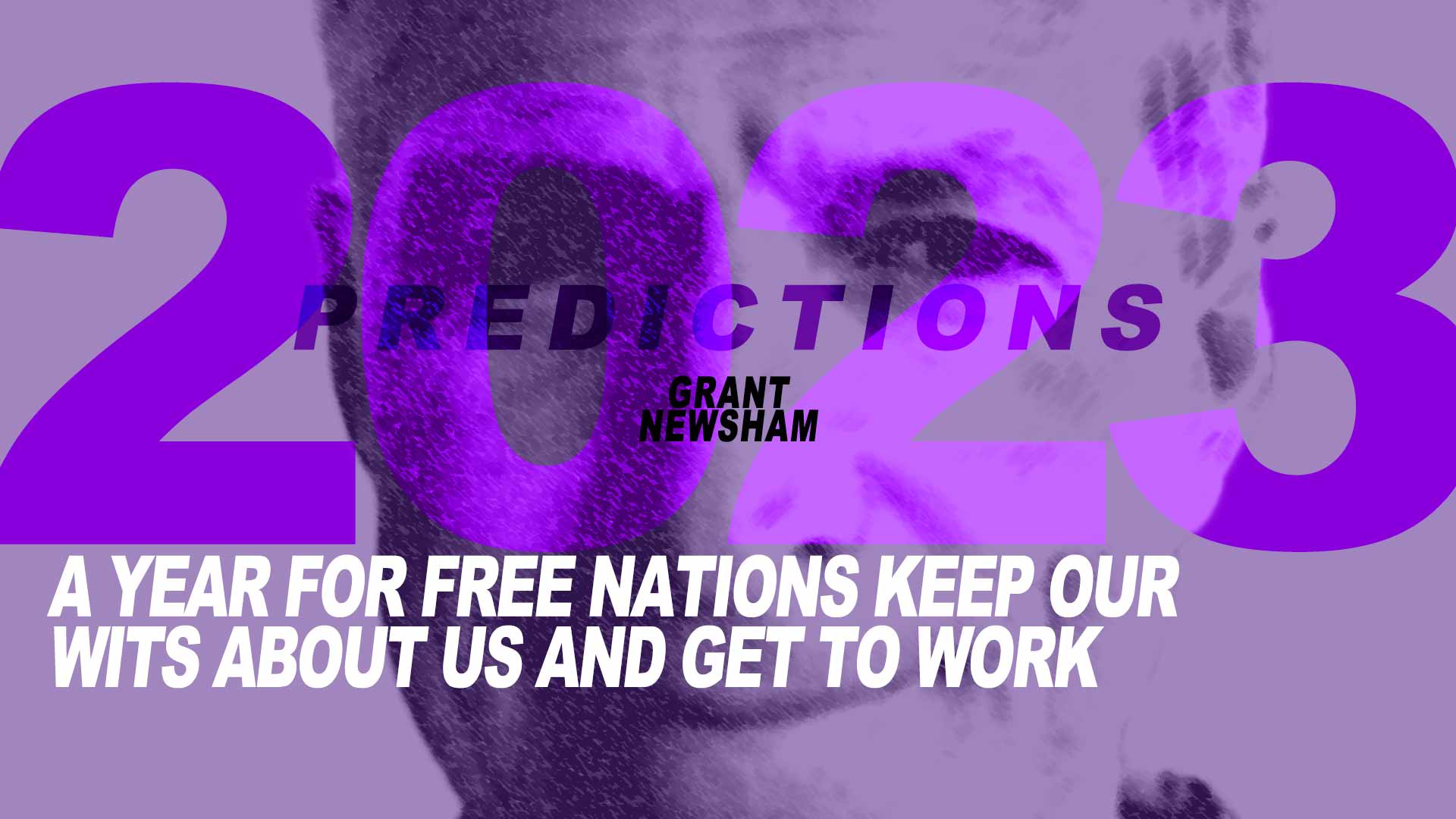 What's coming in 2023? I don't know. The only annual predictions I can make with Delphic certainty are that the professional football team playing in Washington will not be in the Super Bowl. Beyond that, I know about as much as the next guy.

But live and breathe Indo-Pacific defense for a few decades and one reasonably thinks we 're headed for trouble. That's an easy one, and I'd give odds on that.

Predicting when - and how bad the trouble - is the harder part. Fortunately, we can make it a lot less bad – and even avoid it altogether – if we keep our wits about us in 2023 and get to work.

Forty years ago I read British Field Marshal William Slim's memoir, Defeat into Victory (McKay, 1961, update published by Pan, 2012). He tells of learning (the hard way) as a young officer that things are never as good as they seem or as bad as they seem.

Let's apply them to Northeast Asia.

Predictions: Waking Up to the China Threat

America and Japan are finally waking up to the fact that the PRC is out to get them. INDOPACOM commanders are now saying that China is a potential enemy and are even throwing out dates for when the People's Liberation Army (PLA) will move against Taiwan. If you said that six or seven years ago (even though it was obvious) and you'd find yourself drummed out of the service and living in a village in Switzerland.

Even pacifist Japan is doubling defense spending. And everyone seems to agree that maybe a Japan Self-Defense Force (JSDF) that can fight and defend Japan isn't such a bad thing after all. Tokyo is even going to buy a "counterstrike capability" to take the war to the enemy.

But how far and how fast the Americans and the Japanese gird their loins is very much in question. Fast enough and effective enough to cause Xi Jinping to back off? That's even odds, at best.

So this maybe isn't quite as good as it seems.

Meanwhile, China 's military buildup over the last 20 years has been the fastest and biggest of any nation since World War II and maybe in human history. The People's Liberation Army is a match for United States forces in certain circumstances. And more than a match for it in others. That means we might lose.

Read the US Department of Defense 2022 China Military Power Report and you will lose a night or two of sleep. And if the Americans have trouble, you can imagine what sort of problems Japan has by itself.

But maybe the PRC is just arming itself because it's frightened? Of who exactly?

Rather, it seems like Beijing is talking itself into a fight – if its self-declared enemies won't cave. The Chinese Communist Party leaders show no signs of backing off, and instead focusing on making sure all their citizens have flush toilets and that the 500 million living on $5 USD a day can maybe have $6 a day lifestyles.

And it 's almost badder than it seems.

Almost, but not quite.

If the United States gets its financial house in order, figures out its enemies are overseas – not other Americans inside the USA, spends and builds what's necessary to be able sink the entire Chinese navy in a couple afternoons and has the advantage anywhere a fight might happen, then the China threat is a lot less bad.

Get the Japanese government to do the concrete things needed to turn the JSDF into a proper fighting force that is linked to US forces and our odds get better.

Show we (the US and Japan) are serious and we'll find that other free nations want to get closer and pitch in to save their own skins.

And don 't forget the war is also economic. So don't do anything that helps the PRC. Untangling from the China market? It can't be avoided if we want to win, or survive.

We have a good hand to play. We're defending an idea – human freedom – that doesn't need much selling, even though the US State Department is not very good at it.

But what about the Communist Chinese threat? Is it an exception to Slim's rule, and is it badder than it seems? Beijing would like us to think so.

As mentioned, being able to crush the PLA is a prerequisite. But even better, all we have to do is force US businesses to stop funding the communist regime and providing investment and technology to China. This has hollowed out American industry while beefing up the Chinese economy and building the PLA.

This inflow of funds and investment into the PRC also lets the Chinese Communist Party paper over huge fissures in its economy and its society – that would otherwise bring it down, or at least to give up its plans for regional and world domination.

We need to stop this self-destructive behavior. In fact, isn't that what most New Year's resolutions are about?

Predictions: It Matters Who Writes the History

I like reading history, and military history in particular. But usually I 'm reading about history (and misfortune) that happened to somebody else and long ago.

These days it's different. History is being made around us and we're in the middle of it.

What happens in 2023 and the next few years will determine what future historians write about this era – and who writes it.

One hopes the US and Japanese governments realize they (along with their friends) need to do everything possible in 2023 to ensure they are the ones shaping this era. And so we will still be able to write about it.

If not, things will indeed be worse than they seemed.