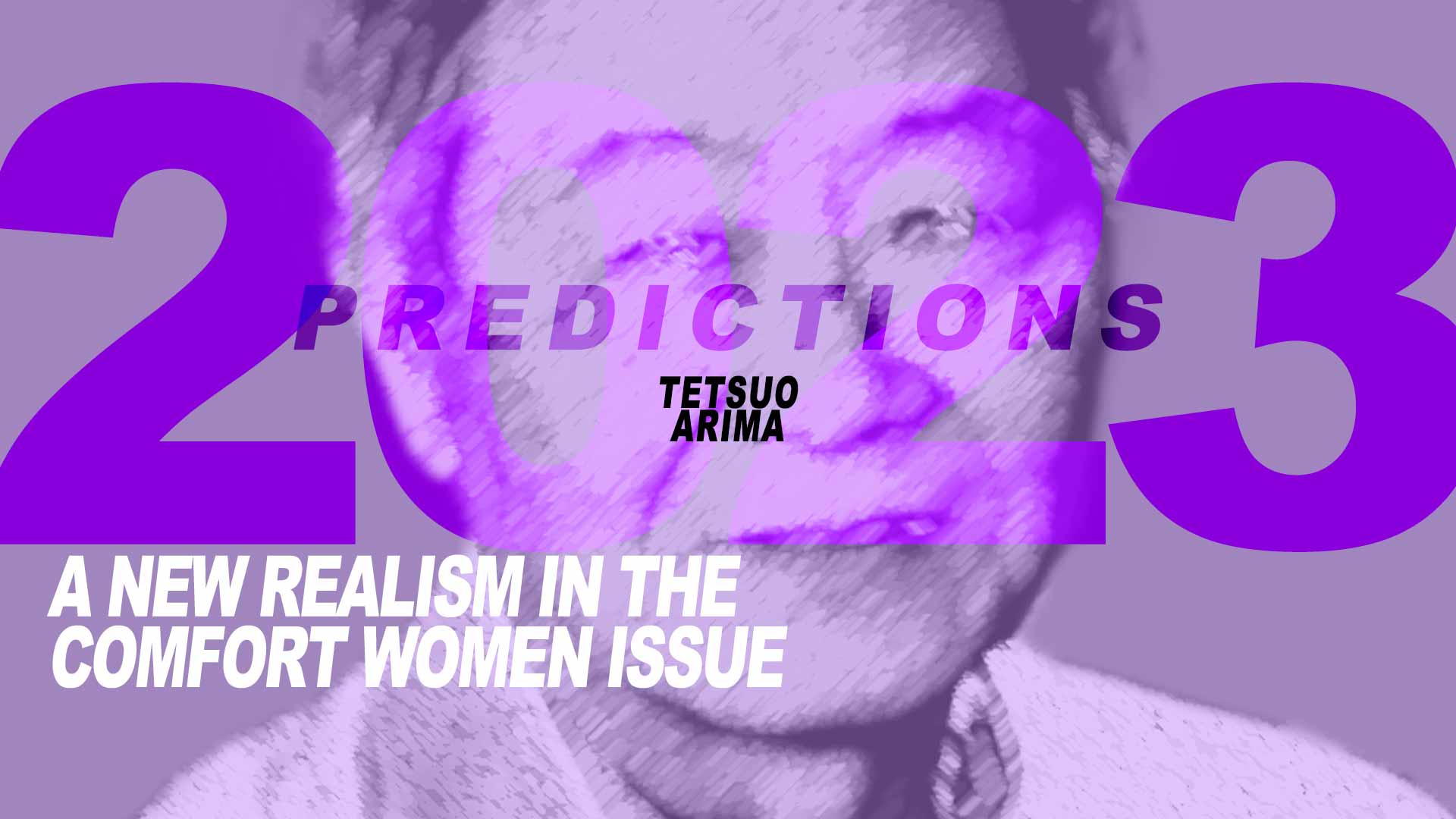 Comfort women statues in front of the Japanese Embassy in Seoul and elsewhere were part of a fierce cooling of relations between Japan and South Korea. Will that change in 2023?

Digging Behind the Comfort Women Story

In the past, scholars like Park Yu Ha claimed, " It was Chosun brokers who deceived or threatened Chosun women into being comfort women."

Lee Young-hoon took a step further and revealed that the number of Chosun comfort women, at most, hovered around 5,000, not 200,000.  Likewise, Lee reported that destitute parents handed their children over to to Chosun brokers to earn money. However, in no way were these women sex slaves. Some successful comfort women bought diamonds, houses, and land.

Lew Seok-choon was prosecuted for defamation for giving a lecture at Yonsei University. In it he had pointed out that the "Korea Council instructed former comfort women to testify that they were forcibly mobilized." He also noted that the "Korean Council's executives are leaders of Unified Progressive Party. The Council is a pro-North Korean organization in close cooperation with the country."

Kim Byungheon, director of the National History Textbook Research Institute, published "Red Wednesday" in 2022 (Bungeishunju Publishing, in Japanese) after scrupulously studying the testimonies of former comfort women. In it, he exposed the truth that much of their alleged testimonies were manufactured.

In fact, the comfort women theory had no historical backing from its genesis and relied exclusively on the allegations of the former comfort women. And this truly shakes its foundation.

Last August, Harvard Law professor J Mark Ramseyer and I co-authored "Comfort Women: The North Korean Connection," issued by a renowned international academic publishing house, Elsevier. As of January 15, 2023, there were more than 7,100 downloads and 25,200 views. As researchers and colleagues in higher education will understand, this is a staggering figure for a pure scholarly paper with 47 pages and 234 annotations. It reflects the magnitude of the response the world over.

This reaction wasn't unexpected, given its sensational discoveries.

The paper declared that the comfort women theory was North Korean propaganda devised to alienate Japan and South Korea. The North wanted to prevent them from cooperating over the bombing of Korean Air 858 and the abductions of Japanese nationals by the North Korean government ー all the while diverting the attention from their missiles and nuclear development.

Korean media responses were quite astounding. Not only did they not strike back, some, like JoongAng Ilbo, penned positive comments about the paper.

Back when Dr Ramseyer published "Contracting for Sex in the Pacific War," and when I wrote an op-ed supporting his paper on Daily Shincyo, South Korean media was in uproar slandering both of us.

Yet, this time, they've forgone pointing the blade at us. This may be because, while we refuted the comfort women theory, we introduced a new antithesis: Japan and North Korea.

Indeed, this is due in part to South Korea's domestic situation. In May 2020, it was publicized that Yoon Mee Hyang, head of the Korea Council, embezzled and misappropriated donations designated for former comfort women.

Moreover, it was revealed that Yoon Mee Hyang was briefed in advance of the 2015 Comfort Women Agreement signed between Japan and South Korea. Nevertheless, she refrained from informing the former comfort women.

Given that former President Moon Jae In terminated the agreement due to poor communication with the former comfort women, Yoon Mee Hyang's action can be interpreted as an effort to alienate Japan and Korea.

The fact that Yoon and her husband had connections to North Korea was already known. However, the embezzlement charges against Yoon Mee Hyang and the political maneuvering brought her renewed attention.

She had successfully run for a seat in the South Korean Assembly. However, the revelations led to her being ousted by the Democratic Party of Korea. Yoon Mee Hyang is now being tried for fraud and embezzlement. If convicted, she will lose her seat in the assembly.

South Koreans are gradually conceding that the Korean Council distorted former comfort women testimonies. Likewise, they are beginning to realize that Yoon Mee Hyang and the Council's harsh attitude vis-a-vis Japan wasn't out of good intentions on behalf of the comfort women and South Korea. Rather, they suspect it was manufactured for North Korea and its economic interests.

In March 2022, Yoon Suk-Yeol, a notably pro-Japan figure, became the new South Korean President. Compared to the past, Seoul is taking incremental steps to revitalize ties with Tokyo.

Meanwhile, North Korea has resumed launching its missiles more frequently than ever before. Now it poses a menace to both states.

The feud over the history of the comfort women between Tokyo and Seoul isn't deepening. Now the real problem is the Japanese government stubbornly seeks to protect the Kono Statement, which nominally endorses the comfort women theory.

In other words, the Tokyo government is refraining from contesting the comfort women theory, which the Koreans are starting to doubt themselves. Meanwhile, Japan sits helplessly as comfort women statues are being continually erected across the globe.

Read other reports and essays by Professor Arima on JAPAN Forward.