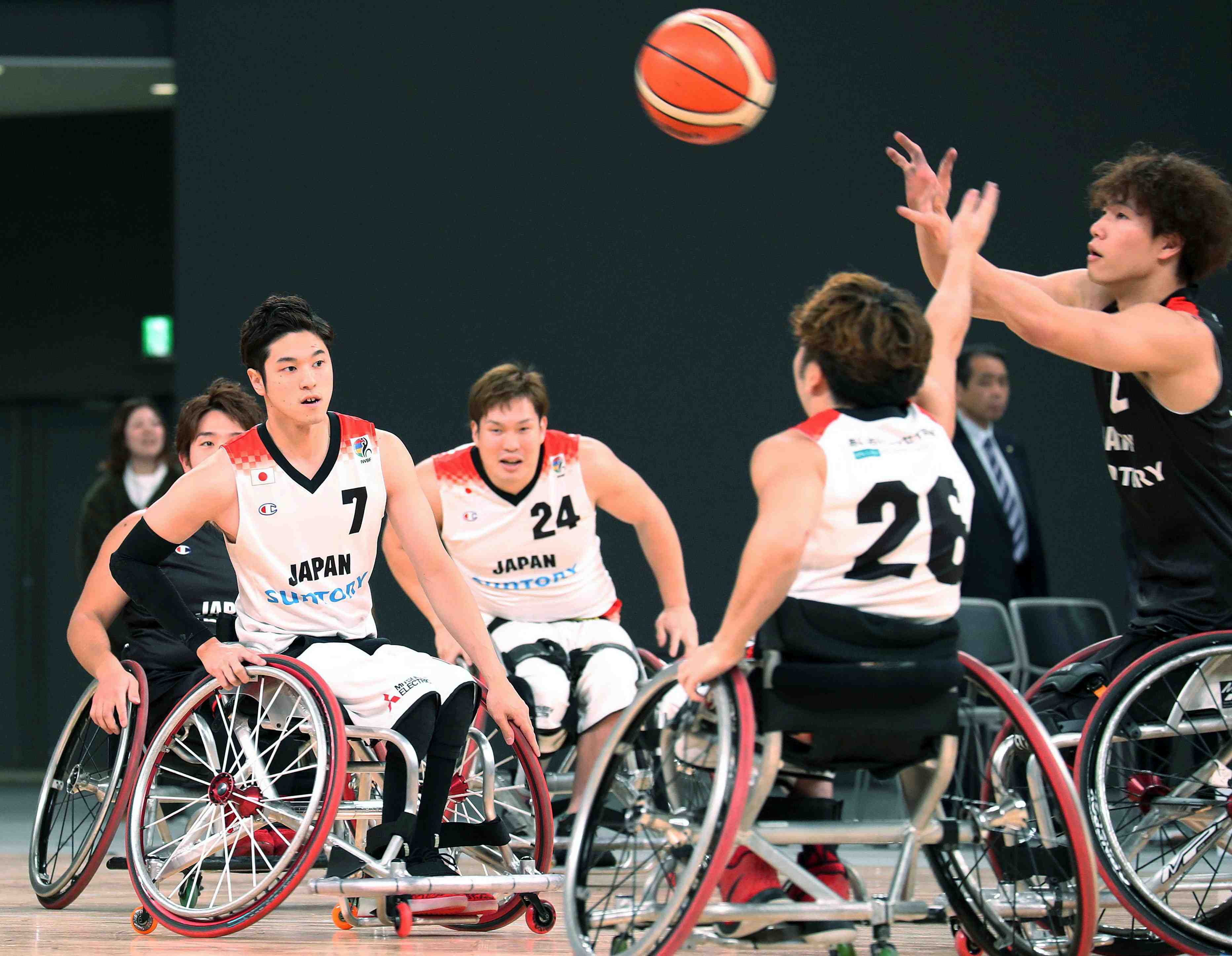 Wheelchair basketball is one of the Paralympic sports that will be featured at the Tokyo 2020 Paralympic Games.

The Tokyo Paralympic Games 2020 are set to open on August 24. We hope that all children — elementary, junior high, and high school students — can experience the excitement and emotion in person, and bear witness for future generations.

The spread of COVID-19 infections shows no sign of decreasing in the near future. The government and the Games’ organizing committee have just made a final decision on whether to allow the Paralympic events to be held with spectators, deciding that it will be difficult to allow the general public.

As was the case with the Olympics that ended on August 8, even though the organizers have judged that the events should be held with no spectators, “as a general rule” they should nevertheless go ahead with the planned partnership program with schools and provide event tickets to let schoolchildren into the stadiums.

During the Tokyo Olympics 2020, daytime soccer matches at Kashima Stadium in Ibaraki Prefecture were held with local elementary, junior high, and high schoolers attending through the cooperation of their schools under a similar program.

“I had not been so interested in it before, but I got lured into the game. It brought home to me how exciting it is to represent your country in sports,” said a sixth-grade elementary school girl after watching the Olympic soccer match between New Zealand and South Korea.

There was no case of COVID-19 reported among schoolchildren with direct links to the Olympic matches held at the stadium in Ibaraki Prefecture. The stadium’s extensive spectator seating, along with thorough antivirus precautions and no contact with the general public made it a significantly safe place for schoolchildren.

Nor were there any problems with COVID-19 at the venues in Miyagi and Shizuoka prefectures, where limited numbers of fans were let in.

It is deeply regrettable that many municipalities, including Tokyo, became obsessed with the concept of “no spectators” to the point of abandoning cooperation with schools during the Olympics. That decision deprived elementary, junior high, and high school children — the bearers of Japan’s future — of a meaningful, possibly once-in-a-lifetime experience in sufficiently safe Olympic venues.

It is embarrassing that these municipalities failed to do what they could, or at least those things it was possible to do, while serving as venues for Olympic and Paralympic competitions.

Yumi Kajihara won silver in the Tokyo Olympics women’s omnium track cycling event on August 8 in Izu, Shizuoka Prefecture, with fans present. She noted, “I could hear the audience cheering while I was racing, and it encouraged me when I was feeling frustrated.”

Let us entrust the role of inspiring Paralympians from around the world to boys and girls by having them admitted to the Paralympic venues.

The Olympics have the power of broadening the potential of human beings, and are capable of harmonizing “competition” and “coexistence.” So, too, the Paralympics have such power, possibly to an even greater extent. Bearing witness to the power of the Games is an irreplaceable legacy for the young generation to carry into the future.

(Update: Officials announced on August 16 that, while general spectators would not be allowed at any Paralympics events, in keeping with teaching the values of an inclusive society, the cooperative program to allow some student spectators could proceed if safety measures were taken and local governments and school establishments so wished.)

(Read The Sankei Shimbun editorial in Japanese at this link and report announcing the decision on spectators and cooperation with schools at this link.)