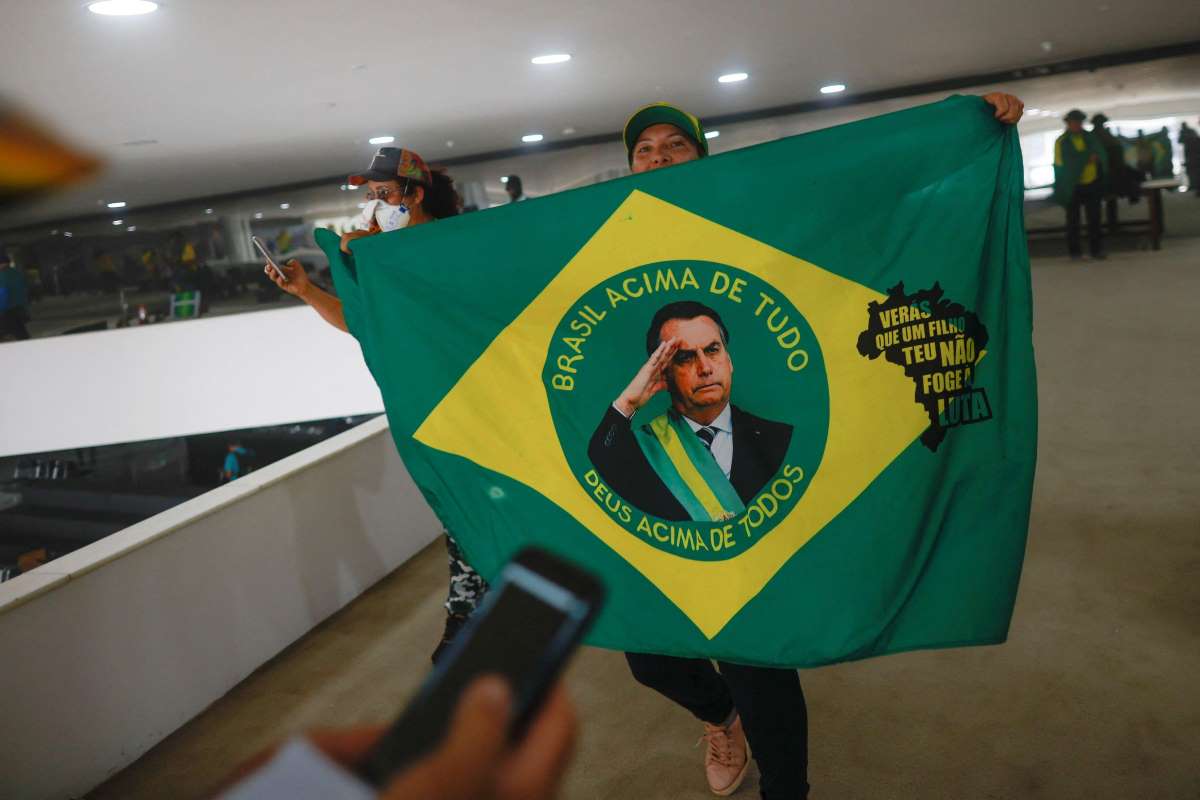 Election results cannot be overturned through post-election violence, including in Brazil.

Nor can violence be supported. That is a basic principle of democracy.

On January 8 in Brasilia, the capital of Brazil, supporters of former President Jair Bolsonaro engaged in large-scale mob violence. To begin with, they stormed government buildings, including the presidential palace, the National Assembly, and the Supreme Court.

It took the police several hours to restore order. Consequently, as of January 9, around 1,500 suspected rioters had been taken into custody.

The attacks on the three branches that epitomize government are inexcusable. These executive, legislative, and judicial branches buildings are the symbols of Brazil's democracy. Moreover, engaging in such mindless violence stands as a major stain on Brazil’s democracy.

On January 9, newly elected President Luiz Inacio Lula da Silva released a statement jointly signed by the heads of the three branches of government, including leaders of the two houses of Congress and Brazil’s Supreme Court.  It reads in part: "We reject the terrorist acts, destruction of property, and criminal and coup-fostering acts that occurred." In addition, the same parties also called on Brazilians to remain calm.

The mayhem in Brasilia bears strong similarities to the attack on the United States Capitol in Washington DC in 2021 by supporters of former President Donald Trump. In both cases, rioters refused to accept the results of the previous fall's presidential election. They were also alike in their demand to nullify the election by charging that the "election was stolen" without providing substantive evidence.

January 6 US Capital Attacks Not an Ideal to Follow

Bolsonaro, who has been in south Florida since late 2022, said on Twitter that such attacks are "outside the law."

Meanwhile, a US newspaper has reported that individuals close to Bolsonaro may have exchanged information with Mr Trump's aides and others concerning the election results. Steve Bannon, a former aide to Trump well-known for his exclusionary positions, has praised participants in Brazil as "freedom fighters."

But have Bolsonaro's supporters learned nothing from the US example?

Former President Trump's perceived incitement of violent attacks in the United States alienated many of his supporters. As a result, even though he has announced that he is running in the 2024 presidential election, he has not been able to recoup his previous levels of support and influence.

The Brazilian rioters were brought to the scene in 100 buses. Concerned, Brazil Justice Minister Flavio Dino says that the authorities are moving quickly to identify who financially supported this bus transport. Certainly, those involved in the attacks should be brought to justice and severely punished.

Brazilians were not alone in being shocked by the incident. For example, United Nations Secretary-General Antonio Guterres tweeted:

As leaders of a regional power, both Luna and Bolsonaro have a duty to heal the domestic divisions in Brazil and demonstrate the inherent strength of democracy both at home and abroad.