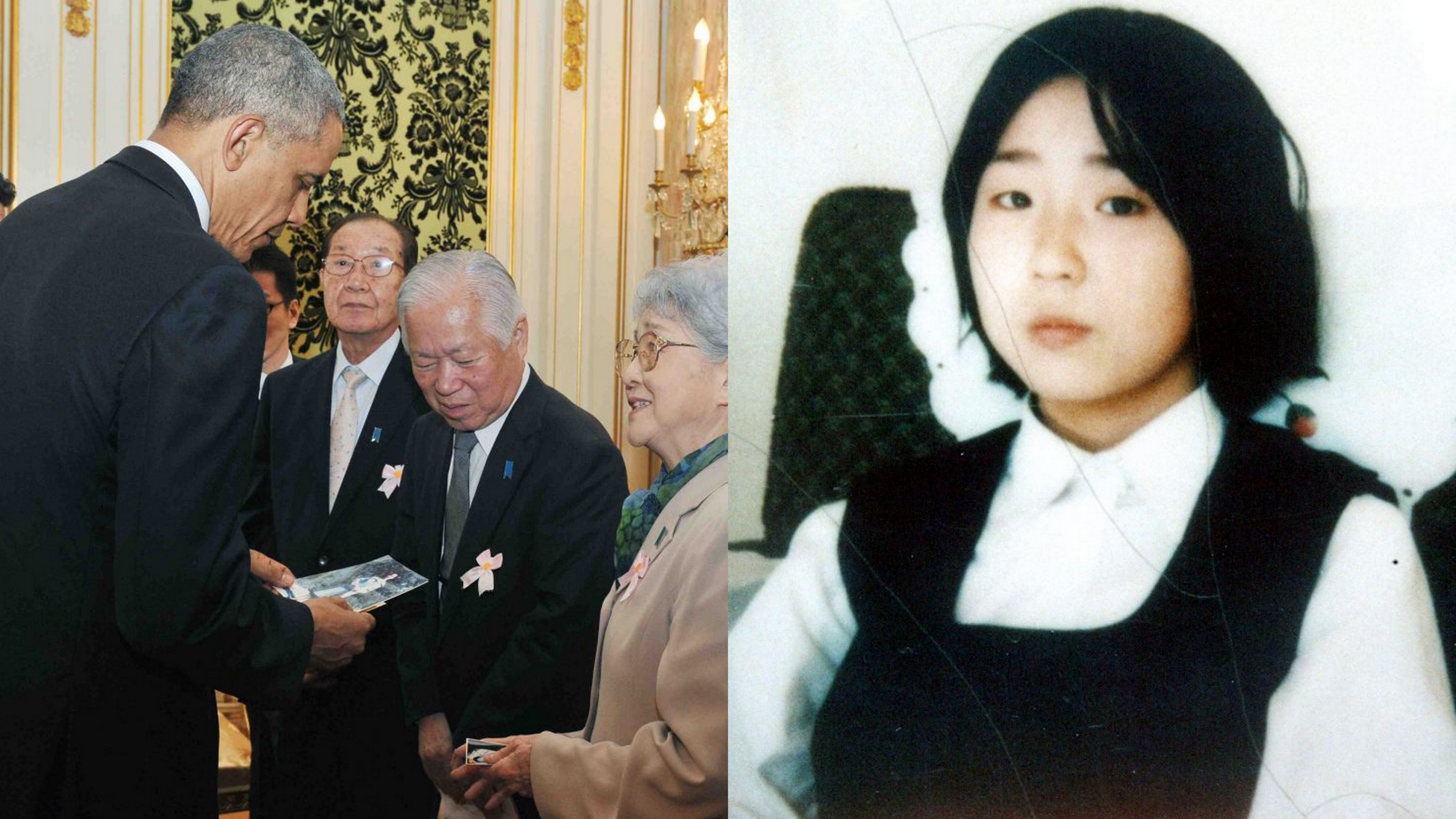 The Obama administration, in which Mr. Joe Biden served as vice president, adopted the posture of ‘strategic patience,’ leaving North Korean problems unaddressed. A repeat of this folly should be avoided.

Megumi Yokota was on her way home from junior high school in the city of Niigata, Niigata Prefecture, when she was abducted by a gang of North Korean agents on November 15, 1977. On the previous evening, she had presented her father Shigeru with a dark brown hair comb in celebration of his birthday. Ever since then, her family, which used to lead a normal happy life, has been engaged in a bitter, protracted struggle for her return.

Sunday, November 15, marked the 43rd anniversary of that tragedy. The pretty girl born in October in the year of the 1964 Tokyo Olympics is now 56 years old. Her father Shigeru, who cherished the comb she gave him, died in June this year at the age of 87. The years of utter unreasonableness of this decades-long standoff must be ended at any cost.

On November 12, Japanese Prime Minister Yoshihide Suga spoke on the phone with Mr. Joe Biden, the apparent president-elect of the United States, calling for his “understanding and cooperation for resolving the abduction issue, which is the highest priority” of the Suga administration. Mr. Biden’s response has not been revealed.

President Donald Trump held several in-person meetings with family members of the Japanese abduction victims, and brought up the abductions in his two summit meetings with Kim Jong Un, chairman of the Workers’ Party of Korea. He had strong ties with former Prime Minister Shinzo Abe, who had firmly hoped to resolve the abductions while in office, raising the expectations of the families. There is also a sense of disappointment among some of them at the result of the U.S. presidential race.

The Trump administration eased pressure on North Korea after the two rounds of Trump-Kim talks. Joint military drills with South Korea were postponed and the North’s launches of short-range ballistic missiles were tolerated. When the pressure is dampened, Pyongyang will not move.

Mr. Biden on the campaign trail made a point of speaking harshly about North Korea and Kim Jong Un. Historically, the Democratic Party, to which Mr. Biden belongs, has been strict about human rights issues. If his administration takes the initiative to mount increased pressure on North Korea, it could provide an opportunity to resolve the abductions.

History provides important lessons on this point. The administration of George W. Bush put strong pressure on Pyongyang by labeling North Korea a “state sponsor of terrorism” and part of the “axis of evil” in January 2002. Against this backdrop, Japanese Prime Minister Junichiro Koizumi was able to gain the return of five Japanese abduction victims after visiting Pyongyang later the same year, in September 2002.

It is imperative for the Japanese government to produce results by bringing home all abduction victims. In order to achieve this, there can be no alternative but for Prime Minister Suga himself to meet directly with Mr. Kim Jong Un.

To realize this, however, support from the United States, Japan’s ally, in the form of military and economic pressure is indispensable. The administration of Barack Obama, in which Mr. Biden served as vice president, adopted the posture of “strategic patience,” leaving North Korean problems unaddressed. Close communication is needed between the leaders of Japan and the United States if a repeat of this folly is to be avoided.