EDITORIAL | Putin’s Delusion: Ukraine is Not Nazi Germany and This Isn’t 1941 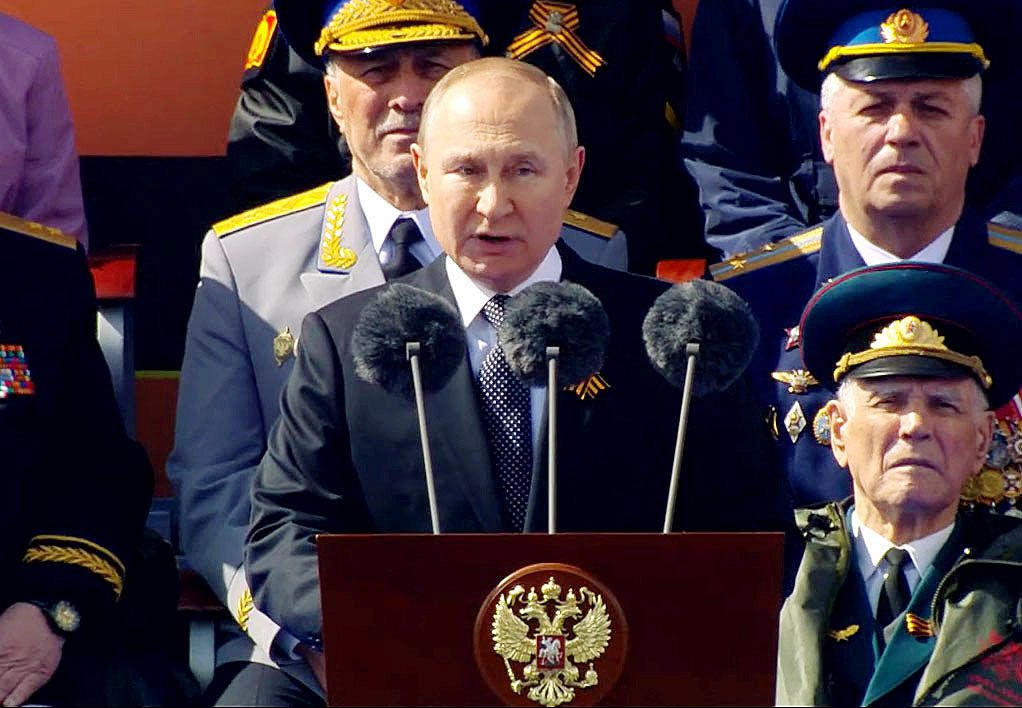 In his highly anticipated speech to a large crowd gathered in Moscow on May 9 for a ceremony to commemorate the anniversary of the defeat of Nazi Germany in World War II, Russian President Vladimir Putin sought to legitimize his ongoing invasion of Ukraine. His specious arguments are totally unacceptable.

Putin strongly contended that NATO had become a looming threat to Russia’s national security. He then defended the “special military operation” he ordered as “the only correct decision” possible. (Find Putin’s full speech here.)

The fact is, however, that Russia’s unprovoked attack on Ukraine, an independent, sovereign nation, represents a clear case of aggression in violation of the United Nations Charter. Mr. Putin cannot legitimize his invasion by simply saying that Russia was concerned about NATO expansion.

In his speech, Mr. Putin lumped together his Ukraine invasion with the former Soviet Union’s struggle against Nazi Germany, as he encouraged pro-Russian militia in the Donbass region of Ukraine and Russian soldiers to fight to prevent a revival of Nazism for the sake of “our motherland [and] its future.”

Nonetheless, it is utterly absurd for Putin to label the Ukrainians as Nazis, even as the Russian military is overrunning that nation’s territory and murdering its innocent citizens.

On May 8 Ukraine’s President Volodymyr Zelenskyy castigated the invaders, declaring, “Decades after World War Two, darkness has returned to Ukraine…the evil [of Nazism] has returned in a different uniform, under different slogans, but with the same purpose.” (Read the full speech here.)

It is these words of President Zelenskyy, not the cynical justifications of the aggressor, that ring true.

Russia has carried out massacres of Ukrainian citizens in the areas it has occupied. It has shelled nuclear power facilities and bombed evacuation centers where there were only civilians. It has even targeted residential areas for missile attacks. All of these actions constitute war crimes that violate international humanitarian law.

Furthermore, Putin’s alleged statement that Russia might use a nuclear weapon on Kyiv, Ukraine’s capital, is certainly cause for concern.

Are we to conclude that Russia is secretly considering using nuclear weapons in its attacks, even though Ukraine long ago scrapped its nuclear arsenal? We must remain vigilant since we cannot dismiss the threat that Moscow might fabricate some pretext for a nuclear attack against Ukraine.

The traditional flyover part of the massive military parade in Red Square on May 9 was canceled due to “bad weather.” Nonetheless, during an earlier rehearsal for the event, an Ilyushin-80 aircraft took part. It is the model dubbed the “Doomsday Plane'' because it is intended for use as a command center by Putin and other Russian high officials in the event of a nuclear war. Russia is clearly using the nuclear threat to intimidate the world.

How long does the Russian leadership intend to continue bringing anguish to Ukraine and the entire world?

Mr. Putin must order the withdrawal of all Russian troops from Ukraine’s territory, apologize for the invasion and pay reparations.