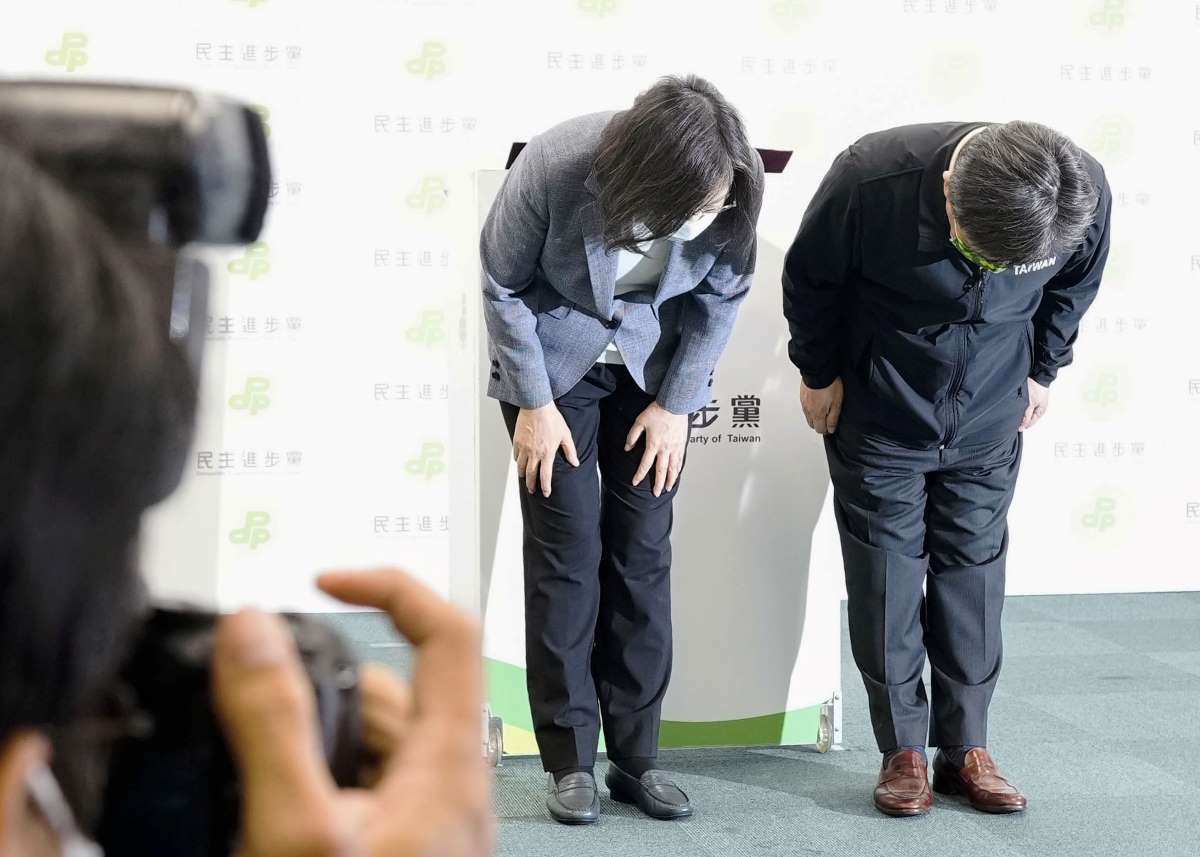 In the unified Taiwan elections on November 26, President Tsai Ing-wen's ruling Democratic Progressive Party suffered crushing defeat in many key local races, including the most important one for mayor of the capital Taipei City. Following the electoral rebuke, Tsai resigned as leader of the DPP.

China welcomed the results. Beijing's Taiwan Affairs Office said the defeat of the DPP "revealed that mainstream public opinion in the island is for peace, stability and a good life."

Nevertheless, it would be a mistake to view the electoral setback for the Tsai administration as a rejection of its China policy.

The DPP gives great emphasis to diplomatic and security policies and has championed the defense of freedom and democracy in the face of China's despotism.

However, in the mayoral elections, voter concerns were focused on domestic issues, such as candidate personalities, inflation, and the economy. China policy did not become an issue.

During the National Congress of the Chinese Communist Party held in Beijing in October, party chairman Xi Jinping was adamant on the issue of Taiwan. He said, "The historical task of the complete reunification of the motherland must be fulfilled and will definitely be fulfilled."

Nor did Xi rule out the use of force to achieve that goal.

It is therefore easy to imagine how China under Xi will use various stratagems in its drive to annex Taiwan.

Japan's National Institute for Defense Studies (NIDS) addresses the issue in its annual report "China Security Report 2023: China's Quest for Control of the Cognitive Domain and Gray Zone Situations." In the report the NIDS notes that China has engaged in extensive "influence operations" in recent years, using propaganda to establish conditions favorable to it.

There is now concern that Beijing could be emboldened by the results of the local elections in Taiwan. China could attempt to demoralize the Taiwanese people, for example, through various machinations backed by military force.

Of particular concern are cyberattacks from China with the objective of interfering in elections on Taiwan.

In the run-up to the presidential election in January 2024, the opposition Kuomintang will undoubtedly step up pressure on the DPP. By reputation it is already considered China-friendly.

With the strength of the Tsai administration waning, the Taiwan side must not show any signs of weakness to the Xi regime.

While China's threatening behavior around Taiwan has been intensifying, the Tsai administration has skillfully avoided words and actions that would directly provoke China, even as it maintains a resolute attitude of refusing to yield to provocations.

In seeking to counter China, Taiwan has strengthened its ties with the United States, Europe, Japan, and other democracies. And it has increased the visits of and interchanges with influential individuals from various countries.

Taiwan Elections: Listening to the Voters

We hope that in the days to come the Tsai administration will pay heed to the verdict of voters. President Tsai must stabilize the domestic policies that came in for criticism during the election. Meanwhile, efforts must continue in reminding the people of Taiwan about the importance of protecting freedom and democracy.

Japan would not be a bystander in a Taiwan contingency. We should therefore stand in the forefront of countries seeking to deepen exchanges with Taiwan. And Japan must continue offering support for the preservation of freedom and democracy.