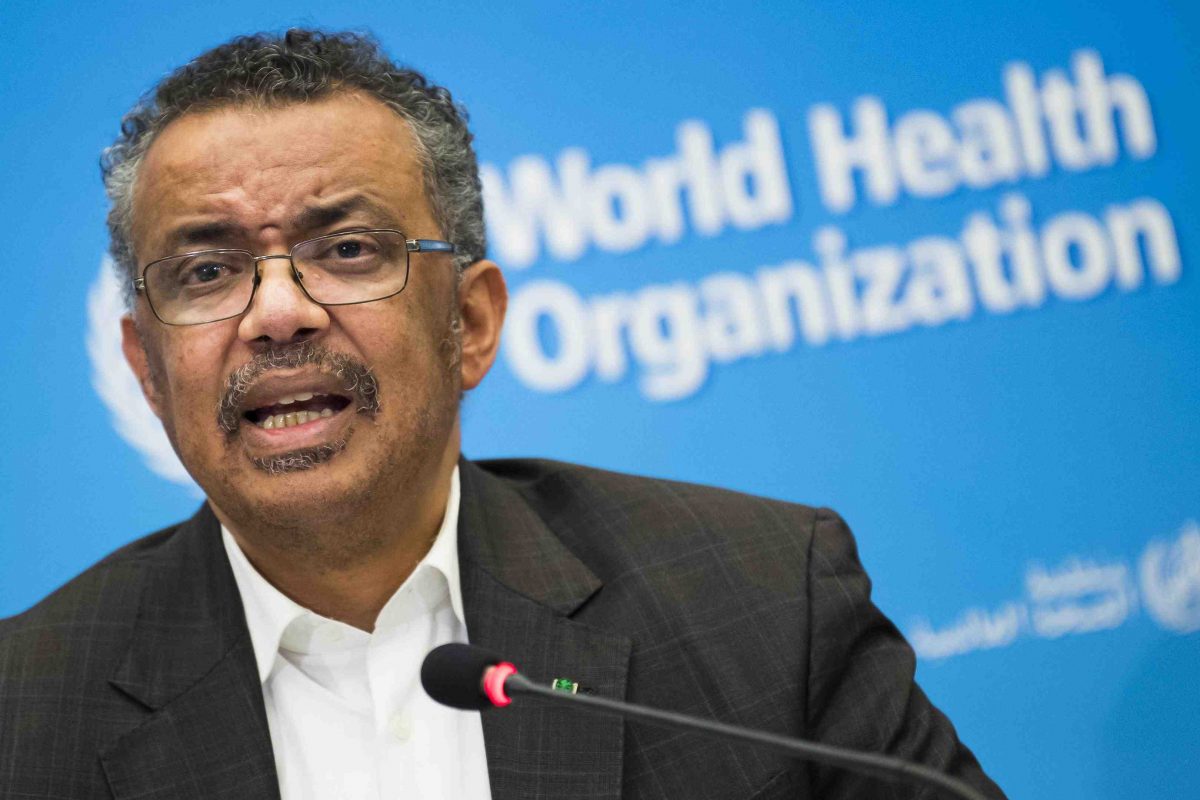 World Health Organization (WHO) Director-General Tedros Adhanom Ghebreyesus told a January 5 press conference he was “very disappointed” that China was not allowing a team of international coronavirus experts to visit the country.

Why now, we have to ask? It is a case of crying over spilt milk.

Tedros was criticizing the decision of Beijing to not grant visas to members of the international team being sent to investigate the origins of COVID-19. WHO had announced in December of last year that the team would be dispatched to China during the first week of January.

The multinational 10-member WHO team of experts includes Ken Maeda, head of the Department of Veterinary Science at the National Institute of Infectious Disease in Tokyo. After a period of self-quarantining in China, the team was scheduled to visit the city of Wuhan in Hubei Province, where the initial outbreak of the novel coronavirus occurred.

Members who had already left their home countries have had to turn back while in transit, while others were stopped in their tracks just before they were to catch flights to China.

Why We Should Not Be Surprised

At the press conference, Tedros also added that he was keen to see the mission go ahead as soon as possible. However, considering that from the start Tedros has bent over backwards to please the Chinese, it is not surprising that Tedros should have become the target of considerable criticism.

The spread of COVID-19 was fast accelerating in late January 2020, when Tedros was in Beijing for talks with President Xi Jinping. At the time, Tedros waxed lyrical in praise of the Chinese government for its political decisiveness and expressed “admiration for the effective measures it had quickly adopted.”

An official WHO statement at the time said, “[its] delegation highly appreciated the actions China has implemented in response to the outbreak, its speed in identifying the virus and openness to sharing information with WHO and other countries.”

At the same time, Tedros and other members of WHO’s Executive Board have adamantly refused requests from the United States and several other countries to restore the observer status of Taiwan, which the island nation had enjoyed in the past.

As a result, the world has not been able to draw on the expertise that Taiwan accumulated during its successful containment of COVID-19 in the early stages of the pandemic. That decision by WHO to treat Taiwan as a blank space on the map in the battle against the pandemic was egregiously wrong.

During a virtual address to the opening session of the WHO General Assembly in May of last year, Xi said that the WHO had made a “major contribution” under Tedros in leading and advancing the global response to COVID-19.

Concerning China’s response, he declared, “All along, we have acted with openness, transparency and responsibility. We have provided information to WHO and relevant countries in a most timely fashion.”

On the other hand, U.S. President Donald Trump has referred to the WHO as “China’s puppet.” Likewise, in an address to the WHO General Assembly, U.S. Secretary of Health and Human Services Alex Azar charged, “There was a failure by this organization to obtain information [from China] that the world needed, and that failure cost us many lives.”

After COVID-19 appeared in Wuhan, travel to and from China continued for some time, which resulted in the spread of the virus worldwide. That is an undeniable fact.

It is also clear to every rational person that an independent inquiry into the source of the virus is absolutely essential. It is indeed abnormal that China will still not even let a fact-finding mission into the country.

If Director-General Tedros is truly “disappointed,” he should reflect on his past statements and publicly admit he was wrong. He should also demand that China apologize and allow the expert team to carry out the promised investigation.