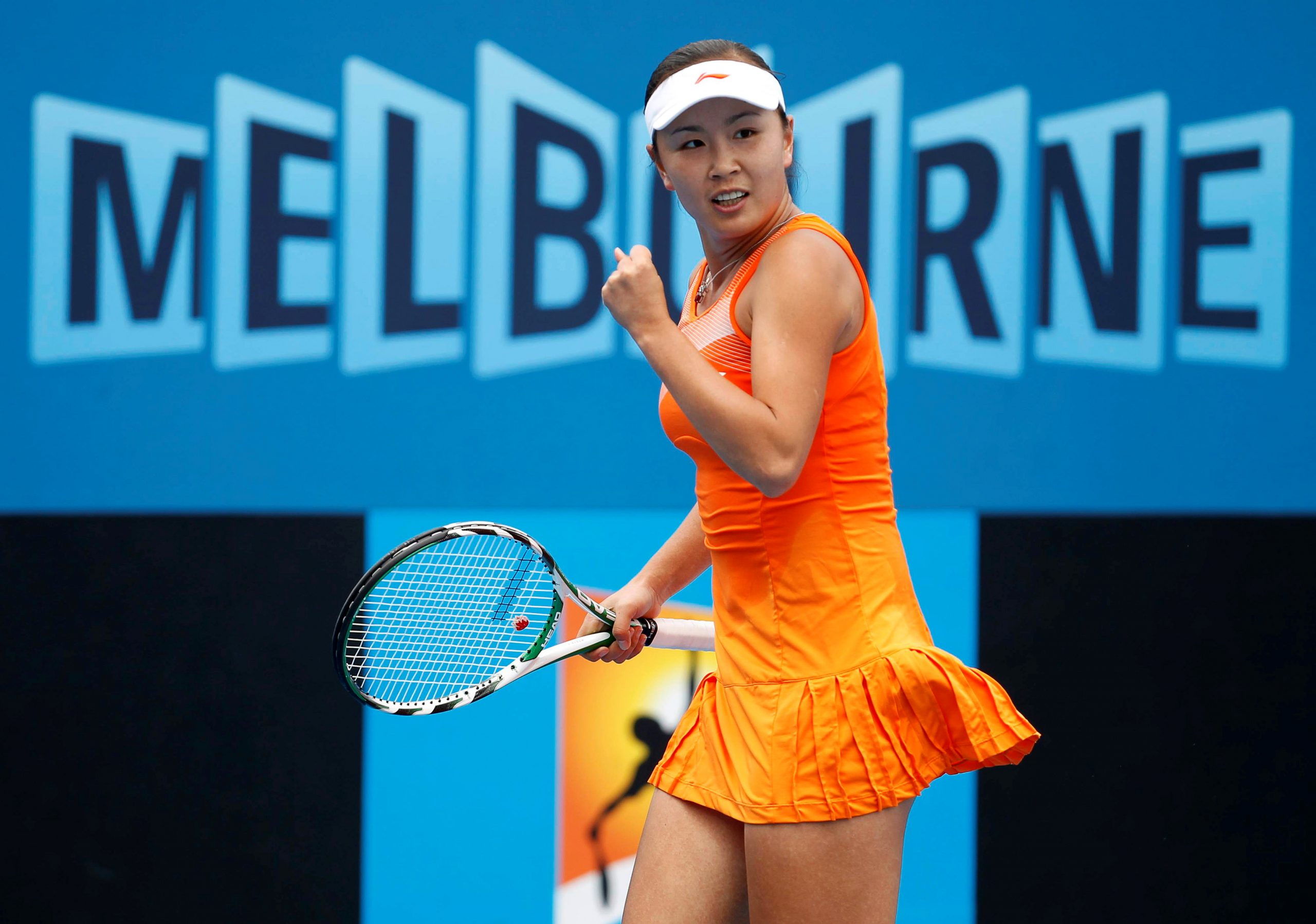 Peng Shuai of China gestures in her match against Kateryna Bondarenko of Ukraine at the Australian Open tennis tournament in Melbourne January 18, 2011. REUTERS/Tim Wimborne/File Photo

As long as China employs state power to suppress the freedom and human rights of athletes, it is not qualified as a sports venue.

There have been concerns about the safety and welfare of Peng Shuai, China’s top female tennis player, ever since she posted a message on social media charging that former Vice Premier Zhang Gaoli forced her to have sex with him. Out of its concern, the Women’s Tennis Association (WTA) announced on December 1 that it would suspend all its tournaments in China and Hong Kong.

We wholeheartedly support this gutsy decision.

Even though International Olympic Committee (IOC) president Thomas Bach says that he has confirmed that nothing has happened to Peng, that has not alleviated concerns that she is under the watchful eye of Chinese authorities.

Steve Simon, chief executive of the WTA, has issued a statement criticizing the government of Xi Jinping. It reads in part, “Unfortunately, the leadership in China has not addressed this very serious issue in any credible way.”

In the world of sports, athletes are an irreplaceable asset. Holding major sporting events in countries that do not subscribe to democratic values, including freedom of speech and physical freedom, exposes athletes to danger.

The response of the IOC has come under fire as having “lent support to Chinese propaganda.” Perhaps that was to be expected of the IOC, since it is obvious that it thinks its first priority is the staging of the Beijing Winter Olympic Games.

But that reduces the significance of the Olympics as a festival of peace.

The Xi Jinping regime has not shown the least sense of shame regarding its suppression of the human rights of the Uyghurs in Xinjiang Province or in Hong Kong. That being so, the world should reassess whether China is fit to host the Olympics.

Yasuhiro Yamashita, president of the Japanese Olympic Committee (JOC), has expressed support for the WTA’s response as “the correct decision.” However, he has said that he is “unwavering” in his support for sending athletes to the Olympics.

The rights of the members of Japanese sports teams are important.  Yet, shouldn’t the priority at this time be given to protecting the very foundation of the world of sports, which is under assault by the Chinese government? We wonder whether Mr. Yamashita understands this.

According to U.S. newspaper reports, the WTA had been expected to stage nine major tournaments in China in 2022. Its recent announcement shows that it is resolved to suffer a major blow to its income in order to do what is right.

In his statement, Simon wrote, “I hope leaders around the world will continue to speak out so justice can be done for Peng, and all women, no matter the financial ramifications.”

Those words should be taken as a message to more parties than just political leaders. As a leader of Japan’s sports world, Yamashita also has a duty to resist the efforts of the Chinese government to smugly close the curtain on the Peng controversy.