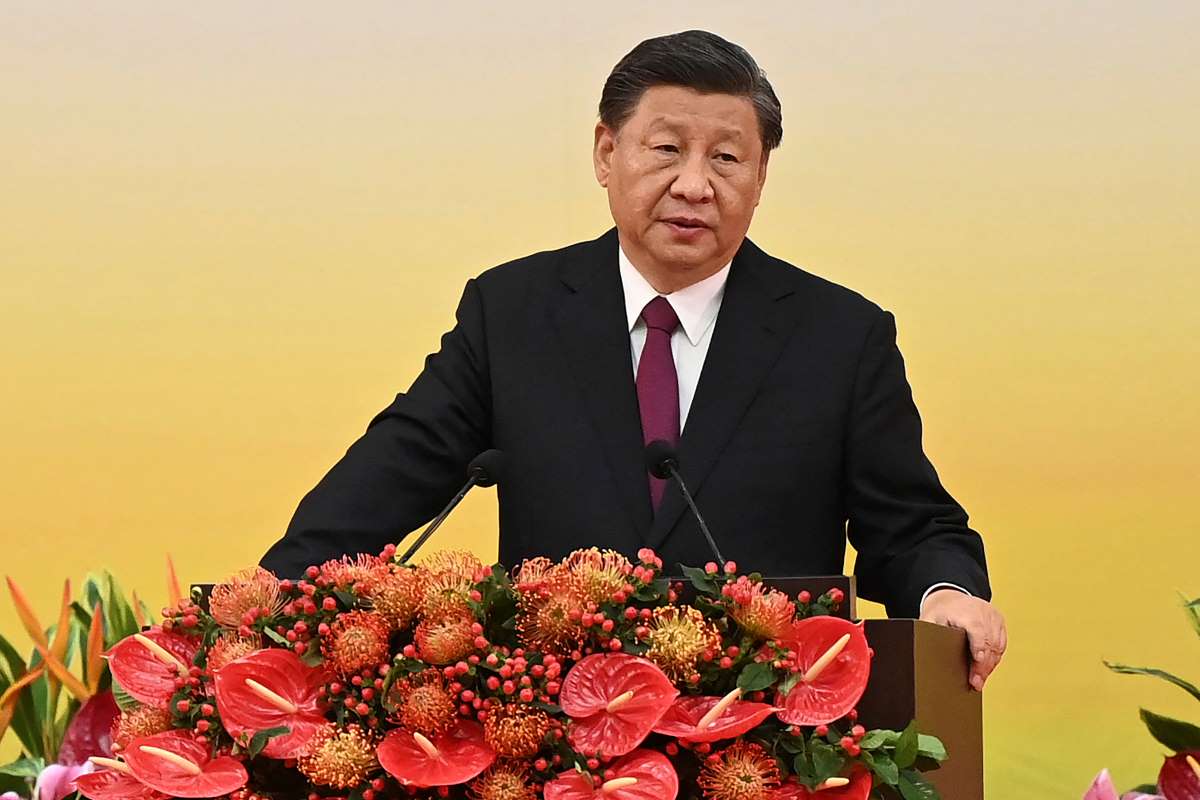 China's President Xi Jinping gives a speech following a swearing-in ceremony to inaugurate the city's new government in Hong Kong Friday, July 1, 2022, on the 25th anniversary of the city's handover from Britain to China. (Selim Chtayti/Pool Photo via AP)

On July 1, Hong Kong marked 25 years since Britain returned the city state to China. At the handover anniversary ceremony, China’s President Xi Jinping (General Secretary of the Chinese Communist Party) stated that the “one country, two systems” policy had been a success, and stressed that “there is no reason to change such a good system.”

His sheer audacity left us speechless. It was none other than Xi’s administration that, by enacting the national security law in 2020, destroyed the “one country, two systems” principle which had granted Hong Kong a high degree of autonomy.

Under the national security law, the authorities have arrested and prosecuted scores of pro-democracy activists, depriving the Hong Kong people of their freedom of speech, assembly, and the press.

The Chinese Communist Party (CCP) seems to have conveniently forgotten that by signing the Sino-British Joint Declaration in 1984, it had made an international pledge to maintain the capitalist system in Hong Kong for at least 50 years after its return.

The Xi administration’s objective is nothing less than the Sinicization of Hong Kong under the false banner of “one country, two systems.” Pro-democracy organizations and media have been driven to dissolution, while civil servants, students, and children are getting a CCP patriotic education shoved down their throats.

Democracy activists were arrested by the authorities before the ceremony and some domestic and foreign reporters were barred from attending for “security reasons.” This is the same kind of repression that has become the norm in mainland China. It is undeniable proof of the accelerating Sinicization of Hong Kong.

Painting the City for Xi Jinping

The spirit of “one country, two systems” has died, and with nothing to celebrate, the highly-choreographed ceremony marking the 25th anniversary of Hong Kong’s handover to China was a farce in itself.

Although the city center was plastered with red Chinese flags, one wonders how many citizens were actually in a celebratory mood. The ceremony was more for Xi than for Hong Kong — a platform to show off his achievements before the National Congress of the Chinese Communist Party this fall in a bid to remain general secretary of the CCP.

While Xi touts the “success” of the “one country, two systems” policy, there is growing concern that the deprivation of civil liberties in Hong Kong and the oppression faced by the pro-democracy activists will gradually fade from our consciousness.

United States Secretary of State Antony Blinken released a statement, pledging to “stand in solidarity with people in Hong Kong” so that “promised freedoms” would be “reinstated.” British Prime Minister Boris Johnson also pressed China to abide by its international commitments.

The leaders’ statement following the recent G7 summit also called on China to guarantee a high degree of autonomy for Hong Kong.

The international community must continue to condemn and hold the Xi administration accountable for destroying the “one country, two systems” principle and squeezing the life out of Hong Kong. And Japan must be at the forefront of this effort as a leading democratic country in Asia.