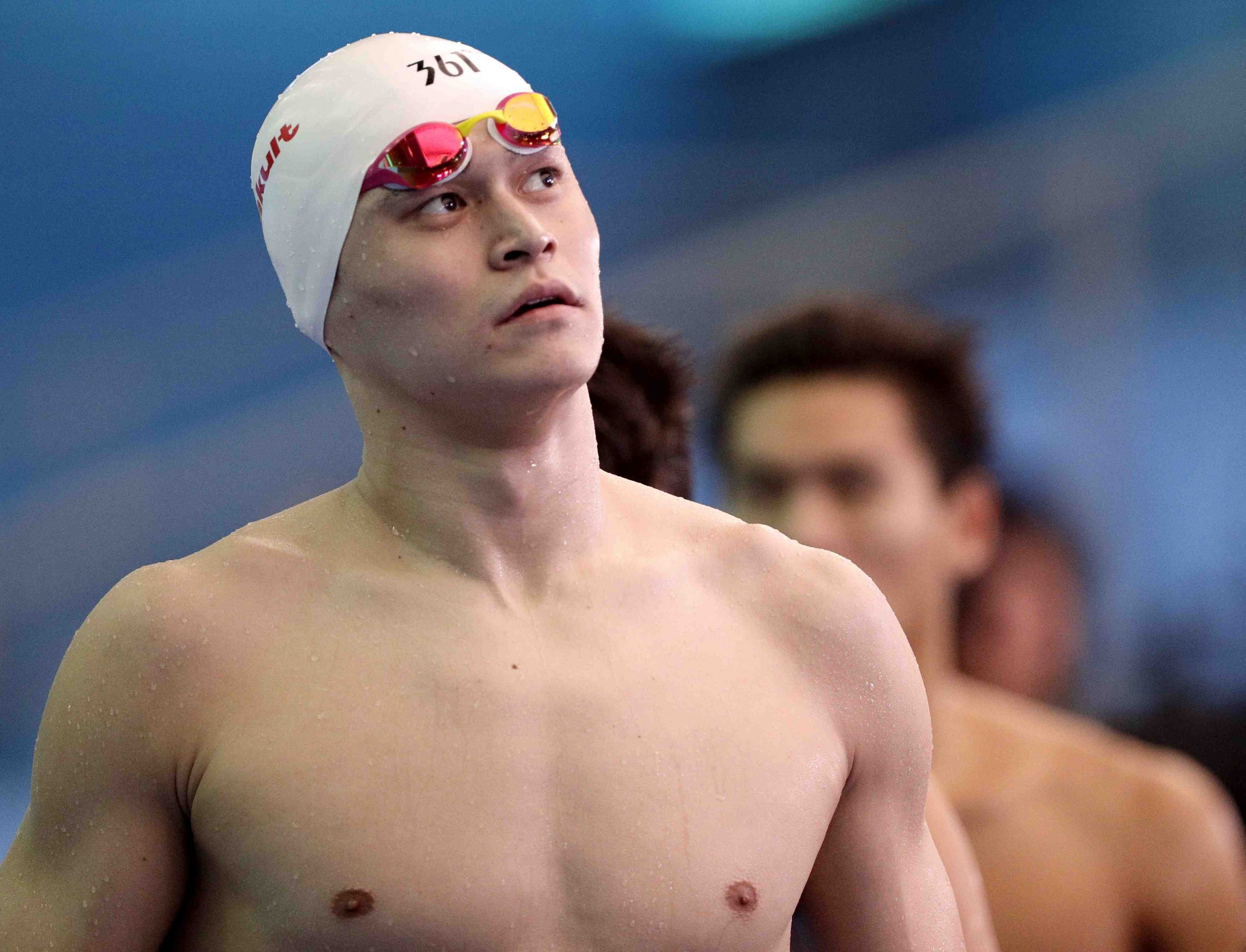 Regardless of whether it was a case of thorough preparedness or a political performance, the arrival of the first contingent of China’s Olympic team in Japan was certainly something to behold. Waiting on hand at Narita International Airport when the group arrived on July 10 were staff from Air China clad head to toe in white hazmat suits and carrying signs reading “You are warmly welcomed.”

It reminded me of the astonishment caused by the arrival of Chinese athletes in November 2020 to compete in the artistic gymnastics competition in Tokyo hosted by the International Gymnastics Federation. On that occasion, the Chinese athletes themselves were dressed in hazmat suits and wore protective goggles.

This time around the athletes settled for large plastic face shields and surgical masks. But the fact that the airline employees living in Japan wore full hazmat gear gave me the impression that they were trying to convey the message that Japan (unlike China) has failed to control COVID-19 infections and that the Tokyo Olympics are inherently unsafe.

The Case of Sun Yang

In June of this year the Court of Arbitration for Sport (CAS) held a retrial in the doping case involving China’s superstar swimmer Sun Yang (29). An earlier February 2020 verdict banning Sun from international competition for eight years for having violated doping regulations had been invalidated by the Swiss Supreme Court on technical grounds. The court ordered a retrial, which resulted in a reduction of Sun’s suspension to four years and three months.

In April 2020 I noted in this column that plans were afoot to have Sun’s competition eligibility restored. That has more or less come about with his greatly reduced penalty.

It means that although Sun will not be allowed to compete in the Tokyo Olympics, the new verdict was in effect a victory for him since the road is now clear for him to participate in the 2024 Olympics set to be held in Paris, France.

Sun is the most decorated Chinese swimmer in history, as a three-time Olympic gold medalist and eleven-time world champion. His breakthrough came at the 2012 London Olympics, where he won the men’s 400-meter and 1,500-meter freestyle competitions. He also won the 200-meter freestyle gold medal at the 2016 Rio de Janeiro Olympics.

At the same time, he acquired a reputation for being incredibly arrogant. In a notorious September 2018 incident, when doping officials paid a surprise visit to his home to test him, he reacted by questioning the testing officials’ credentials and the testing protocols used. Sun ended up ordering a bodyguard to smash the test vials containing his blood samples with a hammer.

Such a person hardly merits the title of “Olympian.” So why is it that Sun will be allowed to return to competition?

Dig into the background of the affair and what you find is China’s staggering political and economic influence at work.

In 2017 the International Olympic Committee (IOC) received a severe shock when one of its key sponsors, the global fast food giant McDonald’s Corporation, suddenly announced that it was withdrawing from participating in the IOC’s The Olympic Partners (TOP) program for top rank sponsors. Although McDonald’s had been one of the biggest supporters of the Olympics since 1976, the company had concluded that the benefits it derived from sponsorship did not justify the costs.

As if on cue, Chinese companies suddenly showed up in the IOC’s hour of need. China’s e-commerce giant Alibaba.com quickly became a TOP sponsor. In 2021 it was joined by China Mengniu Dairy Company Limited, a major producer and distributor of dairy products in China.

Together with Coca-Cola Company, Mengniu represents the non-alcohol beverage and dairy products segment in TOP, with the two companies having signed contracts as worldwide Olympic partners which together represent three billion U.S. dollars.

Although CAS is supposed to be an independent organization, note that IOC vice-president John Dowling Coates serves as its president. The new reliance of the IOC on Chinese money goes a long way towards explaining the “sweet verdict” that Sun Yang received as the result of his retrial.

In May of this year IOC president Thomas Bach held a telephone conversation with Chinese president Xi Jinping in which they agreed to work together to make the 2022 Winter Olympics in Beijing a success.

With tensions between China and the United States rising as the result of China’s crackdown on pro-democracy activists in Hong Kong and glaring human rights abuses towards the Uyghur people in Xinjiang, the two men were eager to nip in the bud efforts to boycott next year’s Beijing Olympics. The two agreed that they would oppose allowing political considerations to interfere with the Games.

Nevertheless, in 2015 during an address to the United Nations Bach had this to say: “Sport has to be politically neutral, but it is not apolitical. Sport is not an isolated island in the sea of society.”

Since Bach suits his language to the listener, it is always a challenge to know what he really means.

On the other hand, Beijing’s intentions are perfectly clear.

Welcoming Chinese athletes to Japan dressed in hazmat suits, getting a favorable Sun Yang verdict, joining the TOP circle…it is all part of a game plan that aims to exert maximum influence within the IOC regime controlled by Bach and Coates.

After the curtain falls on the Tokyo Olympics, we can expect to see more such moves as part of this state strategy by Xi’s China to gain hegemony over the Olympic movement.