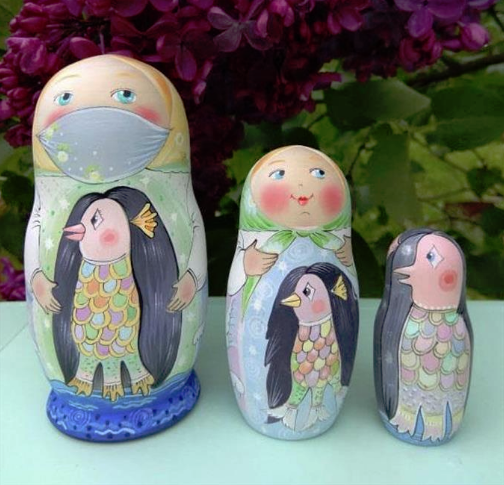 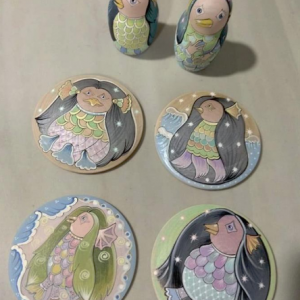 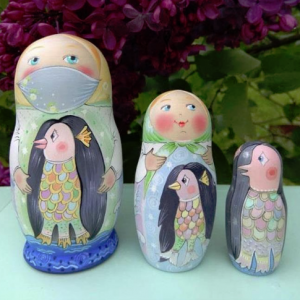 Many people of our generation might not have even been familiar with it before 2020, but the traditional half-mermaid and half-bird yokai (supernatural monster) Amabie has been resurrected in these uncertain times of the COVID-19.

Rooted in Japanese mythology, Amabie was thought to have the power to wish away pandemics.

It’s no coincidence then that recently more and more people have been using Amabie designs to wish for the coronavirus-related suffering to finish as soon as possible.

The design has been so popular that it has inspired paper fans, cakes, sweets, key chains, and even Amabie-branded beers, to symbolize the fight against the virus.

Little did Japanese people know, the ingenious idea has made its way abroad, specifically in the form of a Russian matryoshka.

Batrushkina is an artist who resides in Moscow, where she is relatively well-known and esteemed in the Japanese community for her delicate, seasonal designs.

It so happens that a Japanese woman asked the dollmaker whether she would be willing to make a custom-made Amabie matryoshka, a request that the artist promptly accepted.

After studying some Japanese designs and producing some magnets with the figure of the mythological creature on them, Batrushkina set off to make her first-ever Amabie matryoshka, which she finished on June 1, 2020.

About 12 centimeters high, the first of three dolls portrays a woman with a mask sporting an Amabie-design dress. The next features a woman with an Amabie dress, this time without the mask. Finally, the smallest doll is the simple design of the Japanese mythological creature itself. All three are painted in exquisite pastel colors, blending the Japanese with local Russian taste.

When asked what she thought about while she was making the doll, the artist explained, “In this time when we are still battling the virus, I imagined a time when we have finally defeated it.”