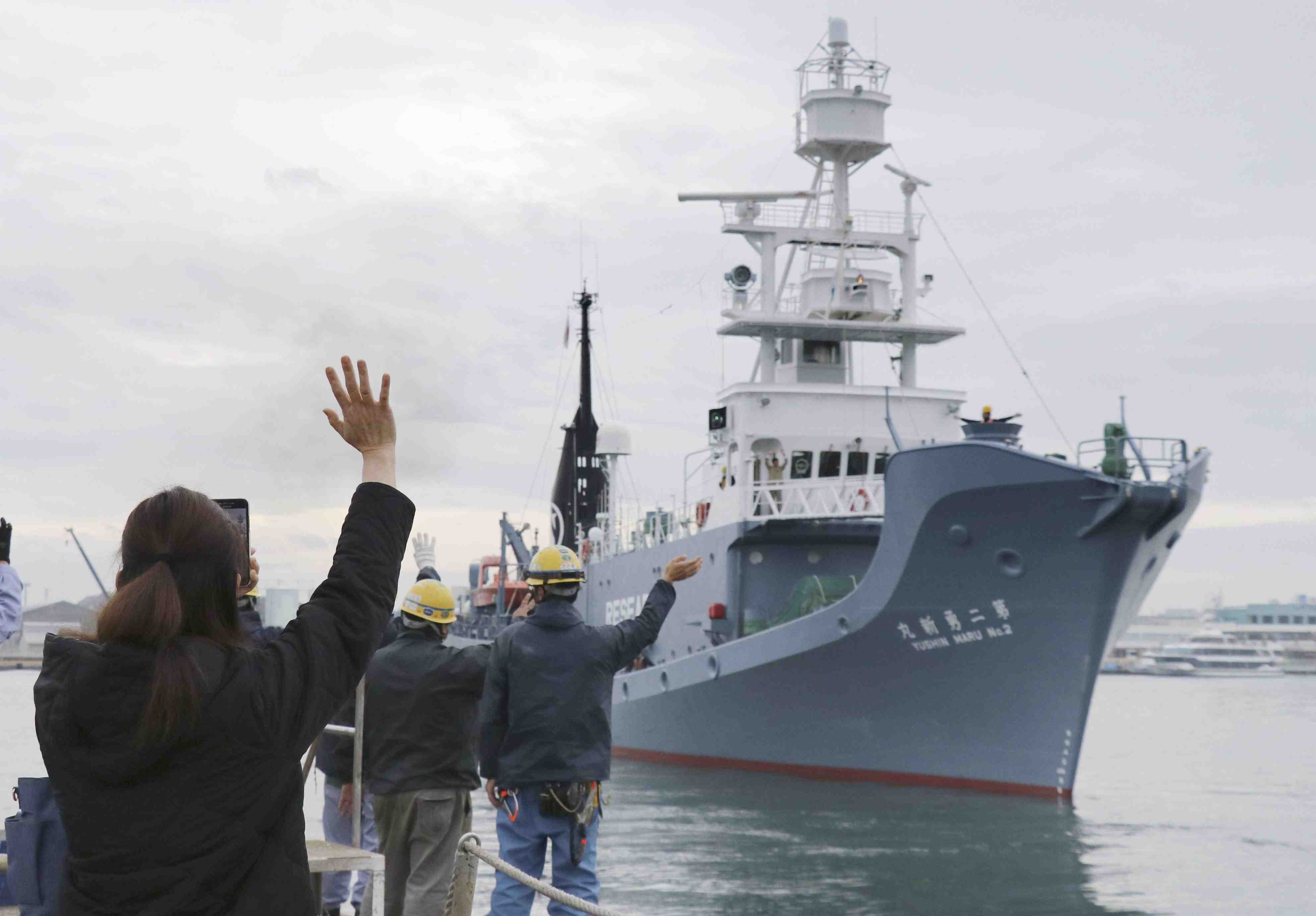 Japan’s announcement that it would quit the International Whaling Commission (IWC) and restart commercial whaling after a 31-year hiatus brought waves of criticism from anti-whaling countries and the foreign press. But now, a year after the country’s official withdrawal on June 30, and resumption of commercial whaling on July 1, 2019, international criticism has largely faded, in part due to the attention drawn by the spread of the novel coronavirus.

“There have been no concerns about our whaling activities or mentions of our withdrawal from the IWC,” said Foreign Minister Toshimitsu Motegi at a press conference on June 26, referring to the over 50 phone meetings and other discussions held with foreign ministers over the first half of 2020.

When Japan first announced it would leave the IWC and restart whaling in its coastal waters and exclusive economic zones (EEZ), many anti-whaling countries issued critical statements. But it appears the situation has changed.

At the time, influential foreign media outlets were very critical, making declarations like there was no justification for the move from either an economic or a conservational viewpoint (The Times), or that “withdrawal from the whaling commission for short-term political gain is a dangerous and foolish move” (The New York Times). Recently, however, one finds little comment. The foreign ministry continues to monitor the opinions of the international community, but it seems that criticism has faded compared to when the decision to withdraw was first announced.

Foreign think tanks have taken the same view. An April analysis by the anti-whaling Lowy Institute of Australia determined that “although Japan faced some initial criticism for quitting the international body that manages whale conservation issues, its simultaneous scrapping of the controversial Southern Ocean missions lowered the temperature of debate and arguably helped the country escape harsh scrutiny over its embrace of commercial whaling.” Further, the report states that Australian Prime Minister Scott Morrison “has no intention to elevate whaling above other priorities in the bilateral relationship.”

A Japanese government official has emphasized that “Japan has withdrawn from the ‘holy ground’ of the Antarctic Ocean, has not done any commercial whaling outside of its own waters and EEZ, and is managing its quotas on a scientific basis.”

Moreover, “while some felt at the time that ‘Japan would do whatever it wanted after withdrawing,’ perhaps the basis for that kind of criticism has disappeared.”