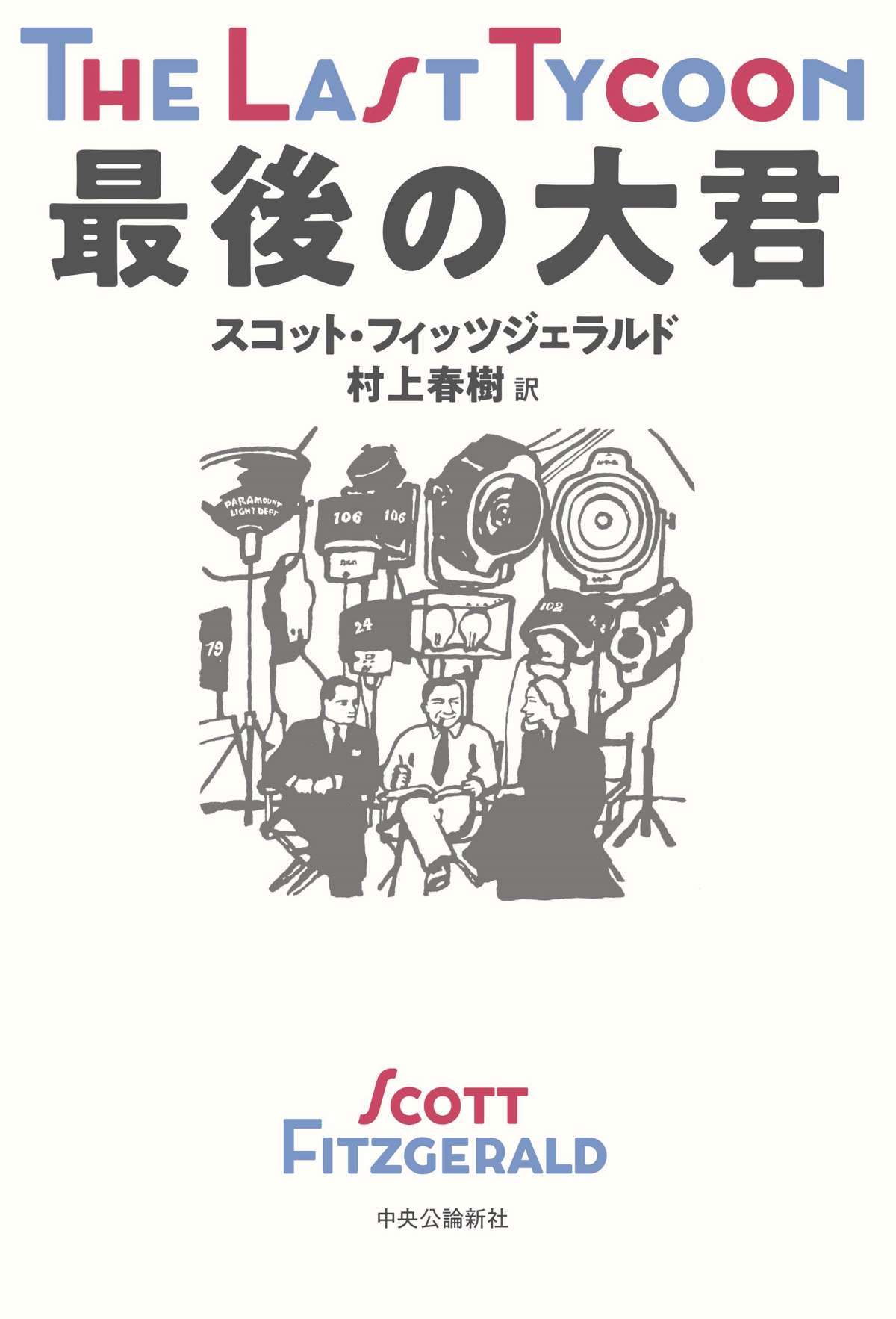 Author Haruki Murakami, 73, gave an interview to The Sankei Shimbun and others timed to coincide with the publication of his Japanese translation of The Last Tycoon. The volume is an unfinished work by American author F. Scott Fitzgerald (1896-1940), posthumously published by Chuokoron-Shinsha.

Mr. Murakami covered a wide range of topics, from war-ravaged Ukraine to the film Drive My Car and how translating The Last Tycoon made him re-examine the importance of an aspiring heart.


‘I Felt Myself Changing Every Time I Wrote’

“Even before becoming a novelist, I loved his works and have been translating them diligently. Fitzgerald was my starting point and is a sort of literary hero to me.”

Mr. Murakami has translated many of Fitzgerald’s works, from his collection of personal essays, My Lost City, which became Mr. Murakami’s first translated work in 1981, to the timeless masterpiece The Great Gatsby, translated in 2006.

The Last Tycoon is an unfinished novel by Fitzgerald, who suffered from alcoholism and died suddenly of a heart attack at the young age of 44. Mr. Murakami translated the 1941 edition, which includes Fitzgerald’s drafts and notes compiled posthumously by the author’s friend and literary critic Edmund Wilson.

“I felt disappointed when I read it as a student. But when I read it again as I got older, I was absolutely riveted. Its effect came over me gradually, like being immersed in the tepid waters of a hot spring,” Murakami reflected.

“When he wrote this, he was 44 years old and going through a period of rapid growth as a novelist. I myself finished The Wind-Up Bird Chronicle at that age and felt myself changing every time I wrote.

“The Last Tycoon is unfinished, but if he had been able to finish it, I think it would have turned out an amazing novel.”

The Peculiar Universality of Fitzgerald’s Works

The protagonist of The Last Tycoon is Monroe Stahr, who was born into a poor Jewish family but makes a name for himself as a Hollywood film producer. In flowing prose, the novel tells the story of the glory and downfall of a shrewd man driven by his dreams and ambitions in the newly emerging film industry.

The protagonist is based on the real-life legendary producer Irving Thalberg. Fitzgerald first encountered him in the movie capital of the world when working as a screenwriter, after his former popularity had waned and his novels were no longer selling.

The story not only describes the inner workings of the burgeoning film industry, but also crucially depicts the transitional period of the United States in the 1930s ー when communism was gaining traction ー closing in on its reader with an uneasy universality.

Fitzgerald lived through the 1920s, which saw an economic boom, its subsequent collapse, and the downturn of society which lasted for a decade. He himself lived through that decline and continued to search for a way out of it.

If we think about it, we probably have similar experiences. What I’m reminded of when I translate his novels is the earnestness of those who seek ways to change themselves and find new values in the circumstances that surround them.

Tensions of Romance and Heartbreak

Protagonist Monroe Stahr achieves a spectacular rise to fame, then falls madly in love with a woman who bears a resemblance to his late wife. This brings a sense of impending doom and tragedy similar to that of The Great Gatsby, which Mr. Murakami lists as one of the most important books he has encountered in his life.

Fitzgerald’s novels are all about romance. Whether it’s falling in love with ‘the one’ or an obsessive admiration. There is always an aspiring heart with a sort of fiery ambition as its energy source.

And when it gets what it seeks, it has already lost its luster. A lot of his stories are like that. The heart that seeks and the resulting sorrow has a personal significance for me. I may forget the plot, but the sensation remains.

What Mr. Murakami says also applies to his own creative attitude.

Society has changed in the 40-odd years I have been writing novels. But I think the way the heart seeks hasn’t changed, so all I can do is continue writing about things like that.

I will get nowhere if I start fussing over the theme or the subject matter, and it will weaken the natural momentum of the story. That’s what I’ve learned from the various writers whose works I’ve translated.

The film Drive My Car, based on Mr. Murakami’s short story and directed by Ryusuke Hamaguchi, won Best International Feature Film at the Academy Awards. Mr. Murakami watched the film at a theater and said that it was intriguing.

“To be honest, I get nervous when a film is made too faithfully to the original work. Mr. Hamaguchi’s film changed a lot of the dialogue and the plot. I’m happier when there are more alterations.”

In March, after the Russian military invaded Ukraine, Mr. Murakami ran a special program on his radio show Murakami Radio on broadcaster Tokyo FM. It received a huge response for its anti-war songs and quiet appeal for peace.

It’s a meaningless, tragic war, and I hope it will end as soon as possible.

Most of the protest songs I played [on the program] were written in the 1960s. The anti-war movement has continued since then, but despite all that, I feel like nothing has changed, and I feel helpless. But I have no choice but to keep speaking out.

Mr. Murakami is famously a “running author.” He runs three to four times a week despite his busy writing schedule and has continued to run a full marathon once a year.

After all, you can’t keep writing a novel without stamina and concentration. I’m a long-distance runner, so I believe the second half of the race is crucial.

The good thing about being a novelist is that you can be one for a long time. The rest is all about stamina. I have the feeling that as long as I can run a full marathon, I can probably write a full-length novel.

This rouses curiosity about his next novel, but he wants to keep it a trade secret.

I don’t tell anyone I’m writing a novel until I'm finished. I keep completely silent. Then, when I’m finished, I hand the USB drive [containing the manuscript] to my editor and say, ‘Here you go.’

Seeing the surprise on my editor’s face is my little pleasure.

Fitzgerald was born in 1896 in Saint Paul, Minnesota, in the United States. His debut novel This Side of Paradise was published in 1920 and received critical acclaim. He caused a sensation with his flamboyant lifestyle which he shared with his beautiful wife Zelda, and shot to stardom.

Like Hemingway, Fitzgerald is considered to be part of the Lost Generation in the United States. His best-known works include his 1925 novel The Great Gatsby. He died of a heart attack in 1940 while working on The Last Tycoon.